Take a look at all of the XP coin locations in Fortnite Season 2 weeks 1-4.

Epic changed the Fortnite Battle Pass in Chapter 2 to unify tiers and Seasonal rank. In Season 1, most players were able to reach tier and level 100 without much of an effort.

The season spanned five months, after all. It lasted for so long that even those without the Battle Pass were able to reach tier 100.

Season 1 also introduced our first ‘enlightened’ or ‘corrupted’ skin in the 8-Ball vs. Scratch. You had to exceed level 300 to max-out your skin, which wasn’t too difficult for most daily players. This season, we have the ability to unlock gold variants for all of the Battle Pass skins. Agent Peely, the skin that will take the longest to enlighten, will require level 300, yet again.

The only problem, however, is that Season 2 won’t last as long as Season 1 did (we hope). Most seasons last around three months, which means you’ll only have that long to unlock all of your gold variants.

The XP grind is activated. Dedicated players will need to hunt for XP coins and open chests rather than breaking them. It appears as though Epic is adding new XP coins to the map with every weekly update. There were only a few to start, but more have popped up with each of the weekly challenges.

SquattingDog, who has made a name for himself by giving us weekly challenge cheat sheets, has released an app that can make your XP grind a lot easier. 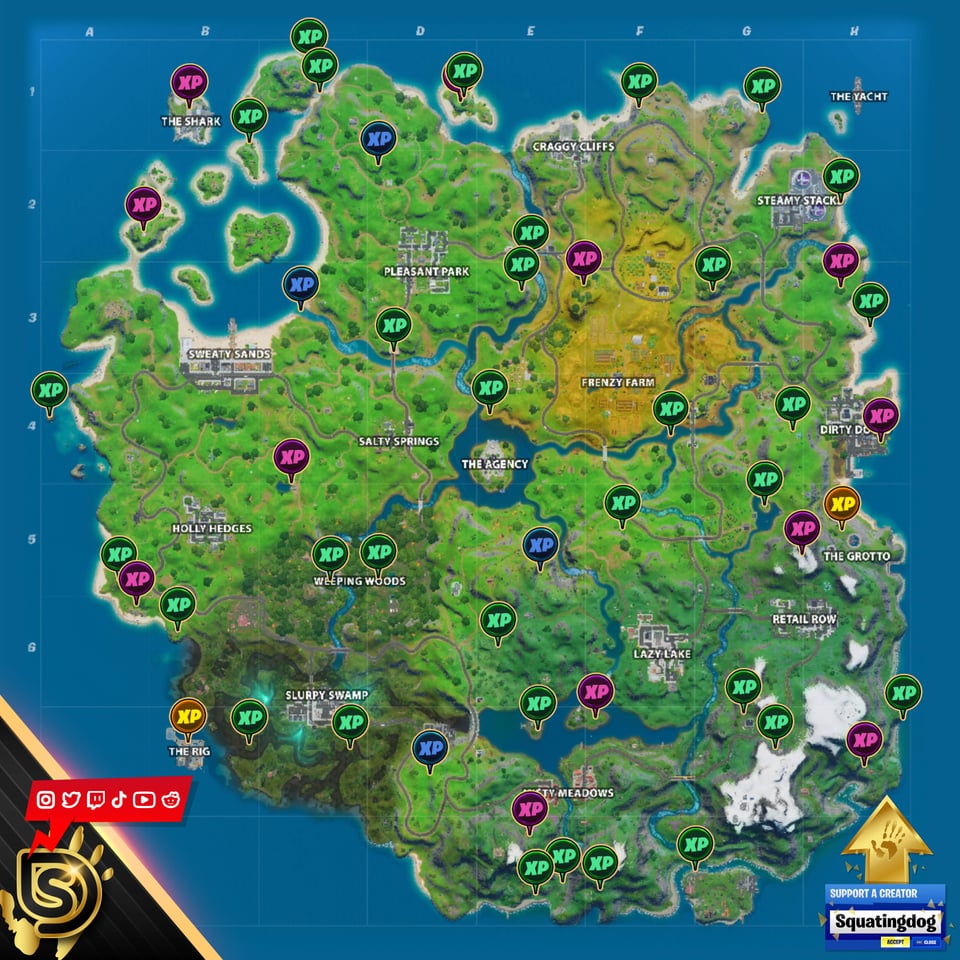 You might not need to focus all of your attention on grabbing these coins, but you could play a few games with the locations in mind.

There are XP coins near all of the major landmarks, so you can grab a few while you rotate to your next destination.

Those who want to max-out their gold skins without paying extra money will have to search for these XP coins. This map should make things a bit easier, at least.

Call of Duty League partners with Twitter and U.S. Army

Opinion: The Fortnite community is being childish by getting mad over being matched with players that have the same skill level.

Fortnite: The Nesquik Challenge And More About Floppers