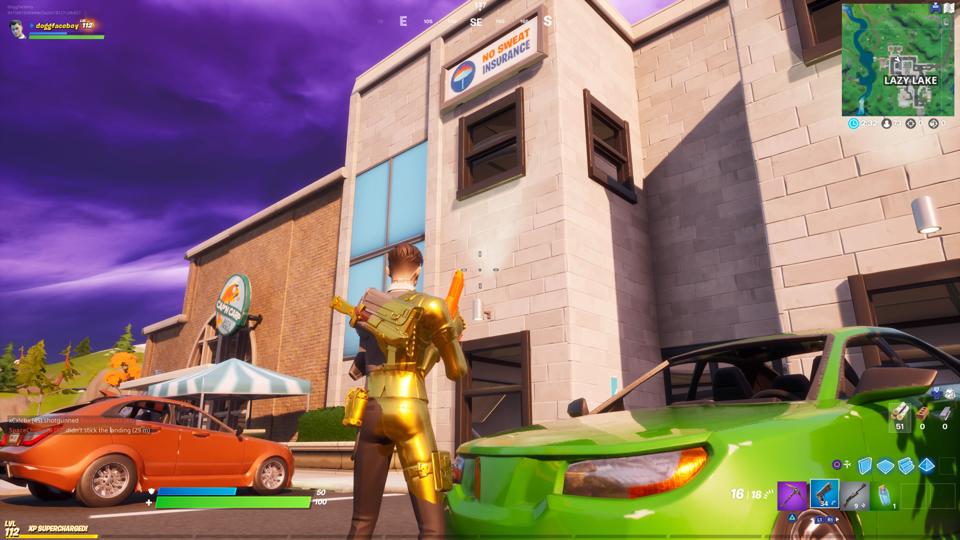 You can find the first teasers for the next season of ‘Fortnite’ in the game itself.

In the v12.50 patch earlier this week, dataminers found a whole bunch of stuff including three posters teasing Chapter 2, Season 3 of the game.

The next season doesn’t land until June 4th, but we’re already getting some interesting clues about what to expect at the end of Season 2 and leading into Season 3.

Specifically, it looks like we should expect some major natural disasters. Possibly fires, but most certainly floods. Here are the three teaser images found in the v12.50 patch: 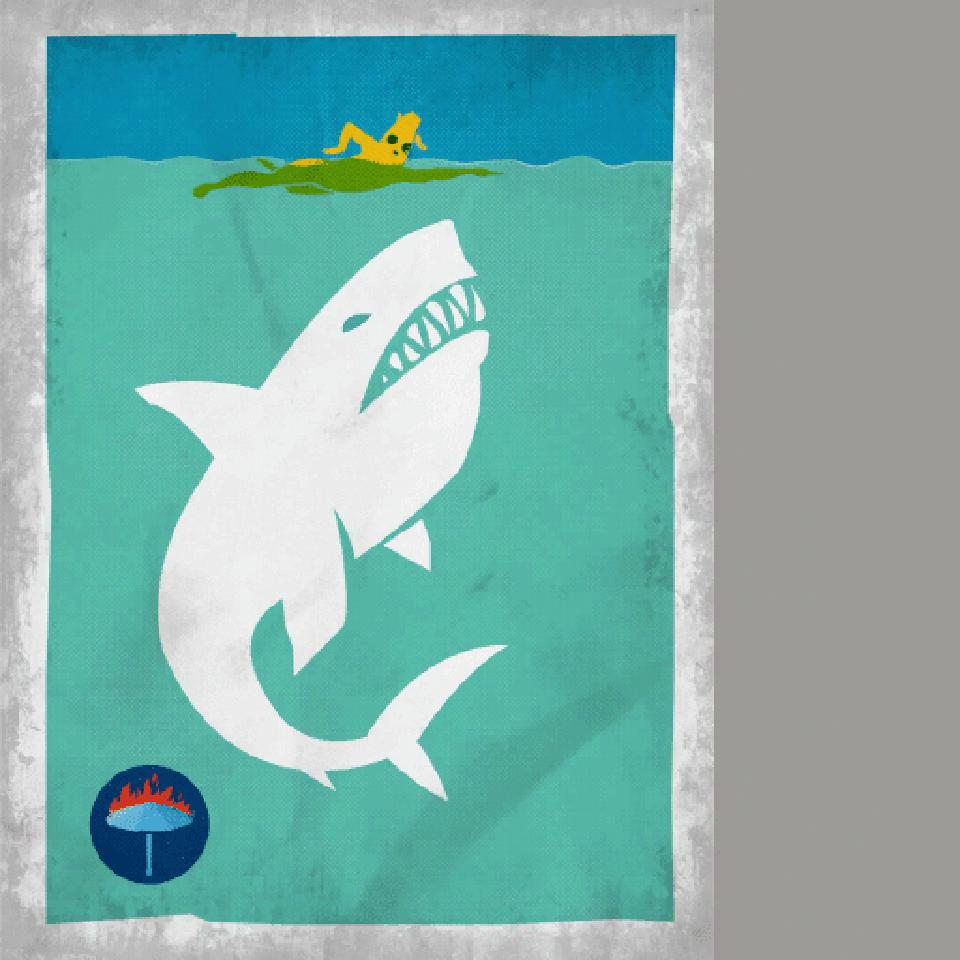 Here we see a disturbingly nude Peely swimming with a giant shark beneath him. Could this indicate that sharks are coming in Season 3? We’ve had a lot of fun with Henchman and Bosses this season. Adding in monsters of the deep could be a very cool new addition. 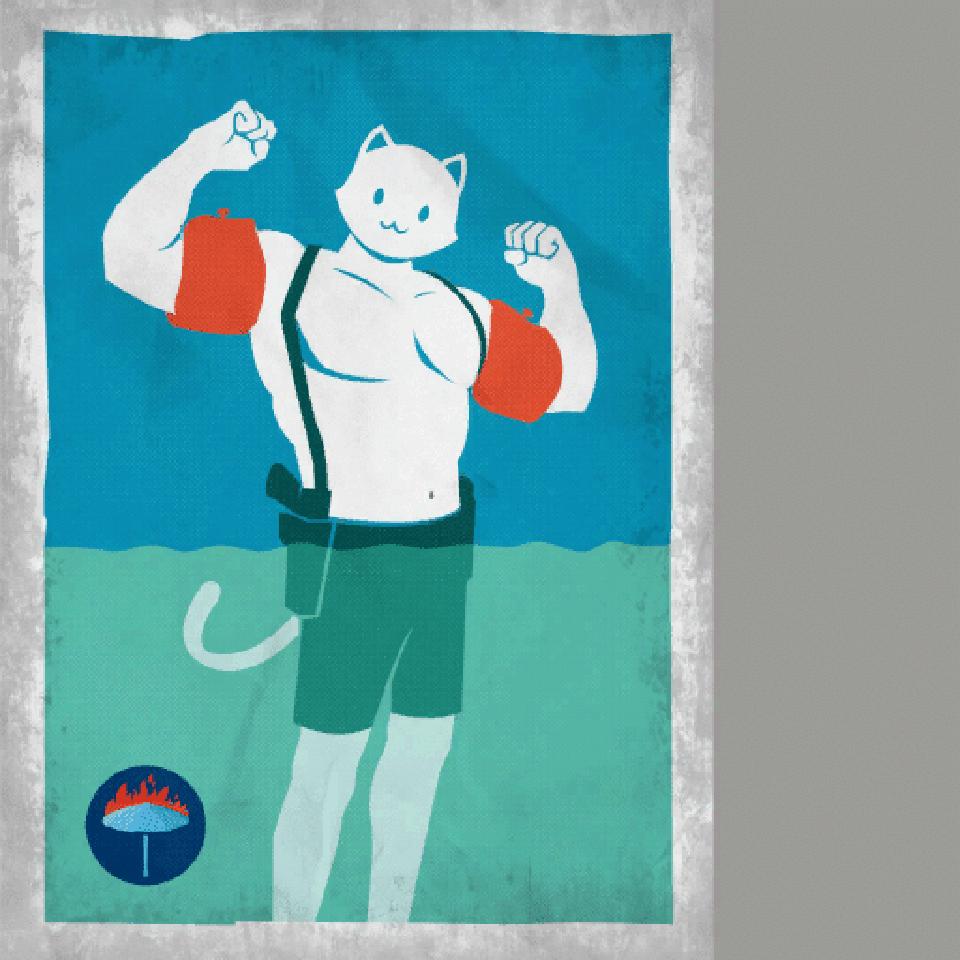 Next up we have Meowscles looking swole as ever, waist-deep in the water. This definitely points to more flooding, though so far Meowscles has only been a Season 2 character (unlike Peely who’s been around for ages now). Will our best cat return in Season 3? 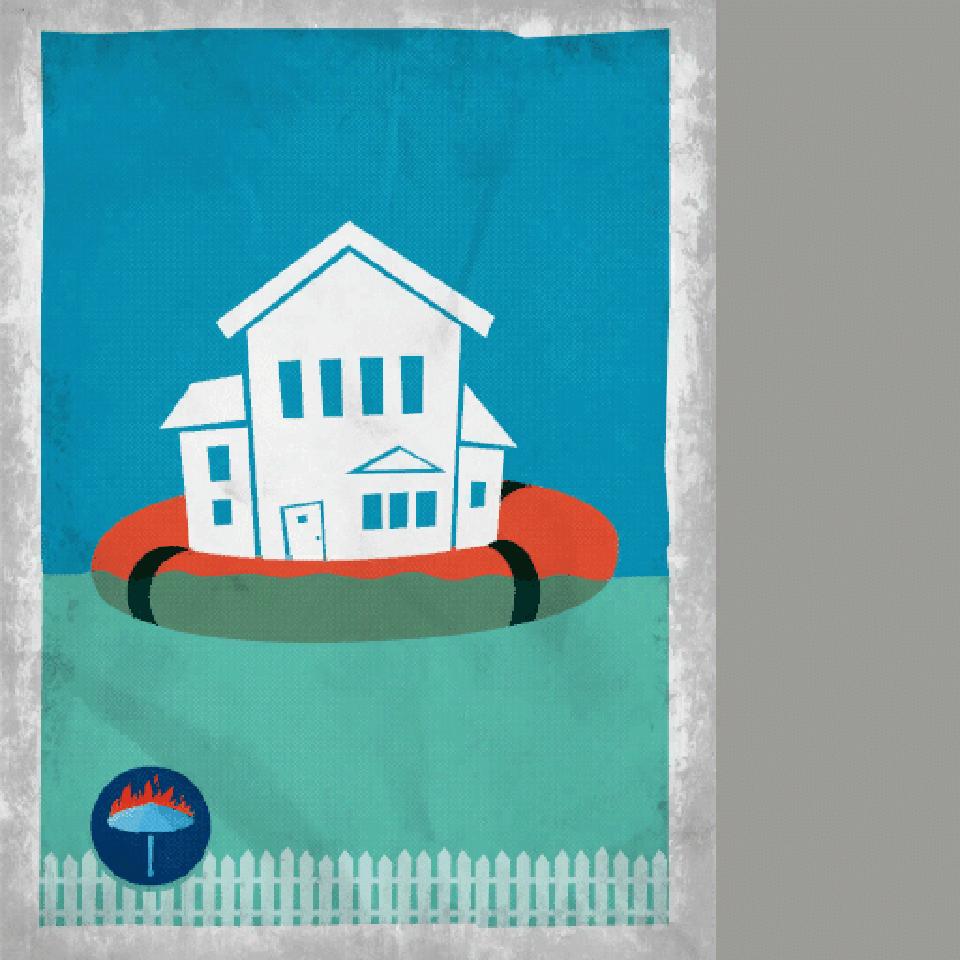 Finally we have the floodiest of flood pictures. This one’s a house on a life-ring, floating happily above the submerged white picket fence below. Noah’s Arc is coming to Fortnite, no doubt about it.

Interestingly, each of these images has a little icon in the left corner of a burning umbrella. There’s a location on the Fortnite map where we’ve seen this before: The No Sweat Insurance Company. You can see the building in the top image of this post, with the umbrella icon next to the company name on the sign out front. 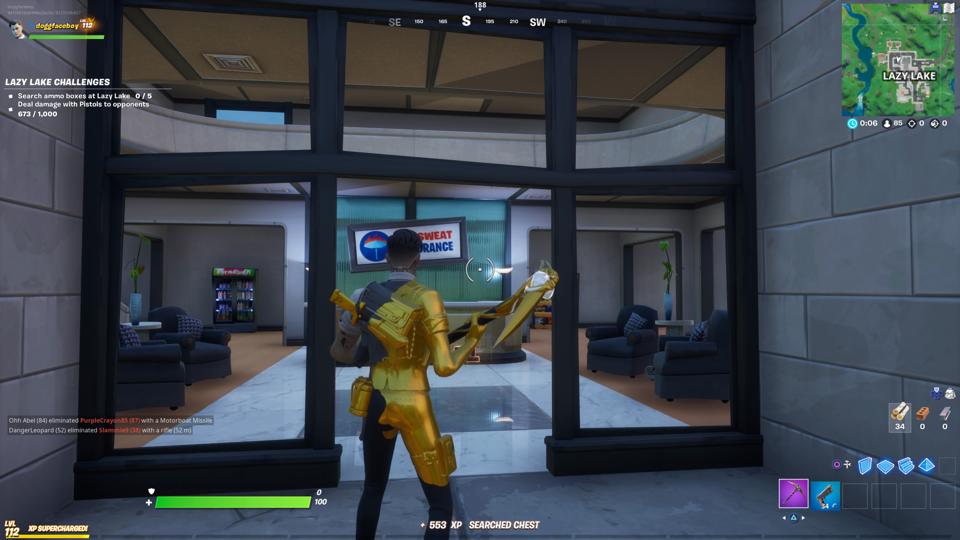 The No Sweat Insurance Company

You can find the No Sweat Insurance Company in the heart of Lazy Lake. When you arrive, circle the building’s perimeter. You’ll find scraps of the above teaser posters pasted to the walls: 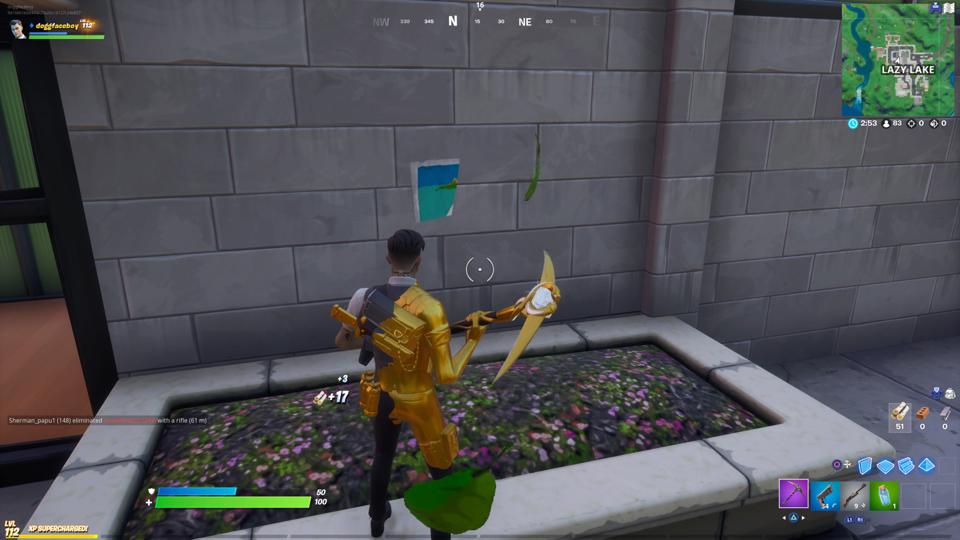 Teasers at the No Sweat Insurance Company in Lazy Lake

You can just see Peely skinny-dipping here, but no shark. 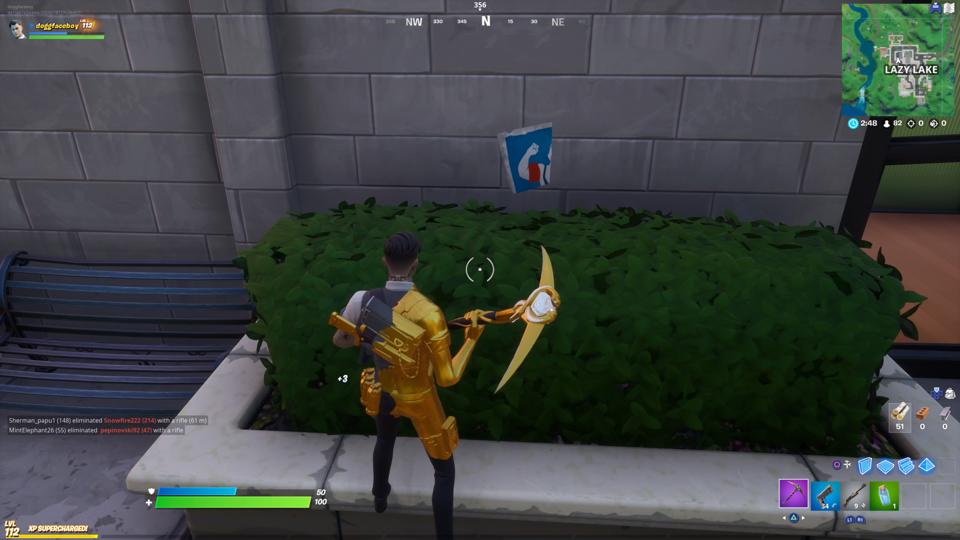 Teasers at the No Sweat Insurance Company in Lazy Lake

And here you can glimpse Meowscles’ muscled arm. There’s another teaser near the front entrance.

I’ll be curious to see if these posters gradually materialize in-game, with bits added each week as Season 3 approaches, and whatever end-of-season live event that bridges the two—likely a massive flood.

You can see all the other updates in this week’s v12.50 patch right here. Check out today’s overtime Domination challenges here.

How to win at Fortnite

New Fortnite Launch Pad bug could get you killed

Landing Spots With Most Chest Spawns in Fortnite Season 4