For being the biggest game of the past decade, Fortnite‘s system requirements aren’t exactly generous. Okay, yes, it’ll run on phones and the Switch, but my ratty old laptop still struggles with it, which is why I’m actually excited by the game’s experimental new “performance” mode, which hopes to improve framerates for folks who are already scraping the lowest graphics sliders.

Arriving in an update earlier today, performance mode allegedly offers “significant performance gains” by cutting further on things like texture quality, draw distances and detail objects to save memory usage and lower CPU and GPU loads. Here’s a provided example of what it all looks like in-game: 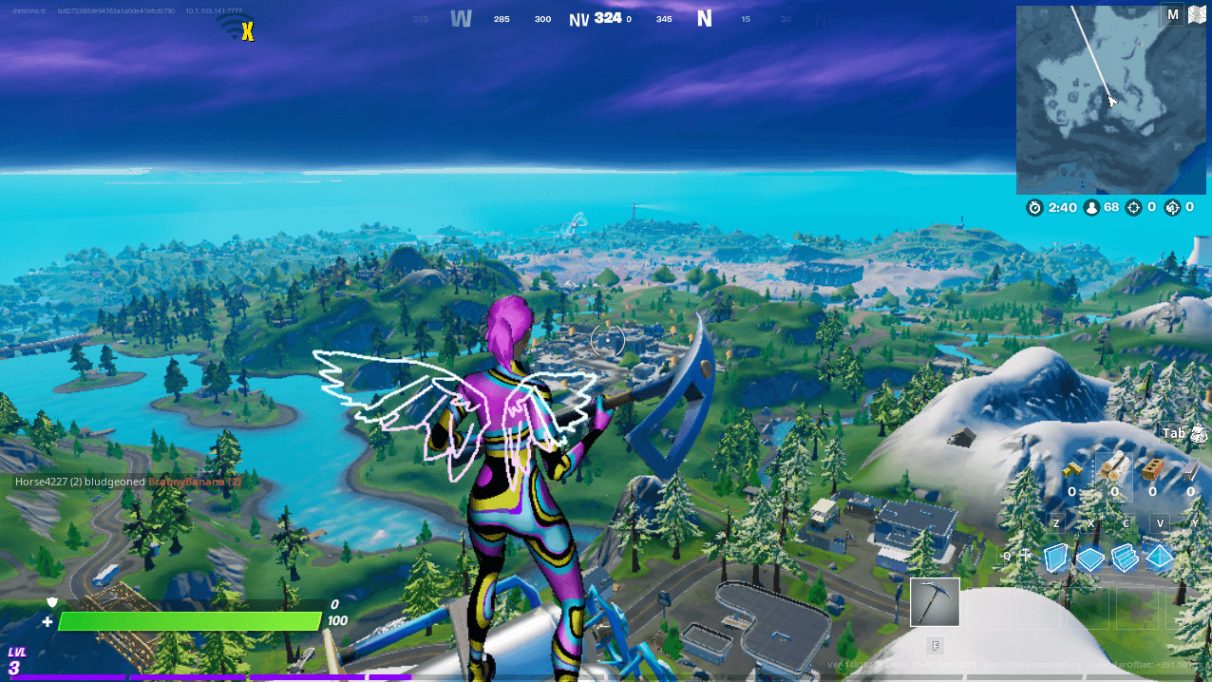 Wouldn’t be showing off too many screenshots, but acceptable enough if you’re a decade behind the hardware curve.

It’s a bit rougher, with distant scenery looking particularly “soft”, but Fortnite’s cartoon aesthetic helps carry the lack of detail. Honestly, as someone who kinda exclusively does their Fortnite’ing on Switch these days, it looks perfectly playable.

Folks running Fortnite on older hardware will be prompted to turn on performance mode on login, or else enabled through the game’s graphics options with a quick restart. Example comparisons show a machine with an Intel i5 CPU and integrated graphics doubling in framerate – though, as always, your mileage will vary.

Of course, folks running in performance won’t be needing all those drive-filling textures. Today’s update also adds a nice little install option, letting you opt-out of “high-resolution textures”. This chops roughly 14GB off the game’s install size, bringing Fortnite down to a minimum footprint of 17.3GB. Combined with that 60GB file shrink the other month, and the prospect of just downloading Epic’s behemoth battle royale becomes a lot less daunting.

Who wants to sit around waiting for downloads when they could be flossing with the Mandalorian or driving a tiny Halo car around, anyway? Fortnite really did get weird, huh.

Enemies Ahead! PUBG Fever in India

Under-used strategy lets you build through walls in Fortnite

Fortnite Celebration Cup with $1 million prize is a PS4 exclusive