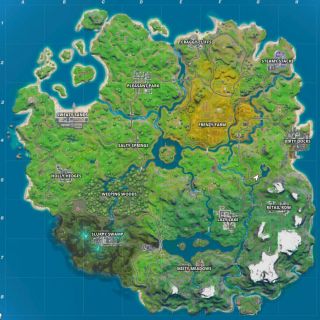 The Fortnite Chapter 2 map is a wonderful blend of old and new. You’ve got returning locations, rivers aplenty to swim and boat in, and amazingly enough, just one (mostly) temperate biome for now.

With the new Fortnite season forcing players to discover locations on the map before they’re revealed on the map, it can be a little difficult figuring out a new strategy for a new battlefield. Thankfully, we’ve got nothing but free time, so we went ahead and did all the legwork for you. Below, you’ll find the best places to land, how much loot the new locations have, and special traits they’re all packing (or not). 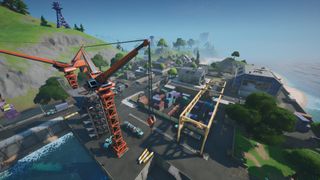 Situated to the east (H4 on the map), Dirty Docks is a brand new location that’s surely full of loot and the dank stench of fish. There’s a fair amount of high ground here, including the orange cranes to the southwest and several warehouses, which make for excellent sniping or recon spots. The interiors of each building are also quite busy, which might allow you to hide out or dig into cover. If you find yourself being swarmed during the initial drop, don’t be afraid to just land in the water behind the main warehouse. With Chapter 2’s new swimming feature, you’ll at least stand a chance of getting out of Dodge. Don’t forget the smaller docks to the south as well.

For loot gathering, you’ll have a practically unlimited supply of metal, but very little wood. Maybe not the greatest location if building is a core part of your strategy.

Respawn van location: Middle of the area, hard to miss.
Number of chests: 31 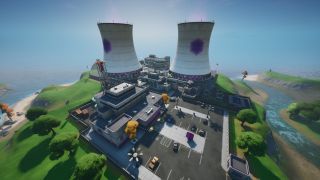 A location that would make Mr. Burns proud. The biggest draw to Steamy Stacks are of course the two giant nuclear reactor stacks (at least that’s what I assume you call them), both of which will launch you up into the air if you jump into their core. Practical? Not really. Cool? Definitely.

If you need to escape from the area, try either the river or the zip-lining on the power lines to the south. 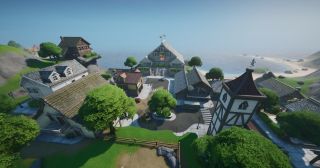 Situated at the northern edge of the map (at E1), Craggy Cliffs is another area with a major water route (the river to the west) and plenty of mid-sized buildings. The biggest landmark would be the Fish Sticks restaurant at the northern end of town.

If you need an escape route, check for boats along the beach and take it down the river to the west.

Craggy Cliffs also has a great surplus of Slurp Kegs, which will heal you.

Respawn van location: in the parking lot outside Fish Sticks.
Number of chest: 19 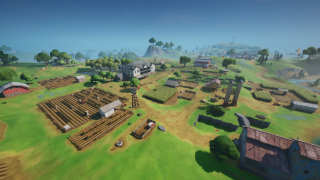 Frenzy Farm, situated at F4, is a pretty straightforward location as far as Fortnite goes. The only out-and-out unique thing around here are the hay bales you can hide in, just like the trash bins. The corn fields also provide a means of concealment, and they can’t be destroyed by gunfire, only harvesting tools.

Frenzy Farm is also generally a tougher place to escape from since it’s surrounded on all sides by other locations. That, and it’s a series of giant open fields. Be careful upon retreat. 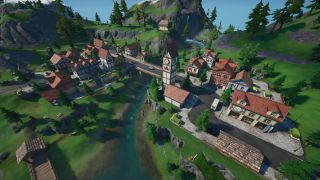 One of the better locations on the Chapter 2 map. For one, it’s just a lot safer with the large lake to your north. People can’t exactly do a lot of sneaking if they have to swim to you first. Plenty of fishing opportunities if you do move to the lake as well. You should also be able to find a boat along the water pretty easily, meaning even if you do get attacked, escaping shouldn’t be insanely difficult. 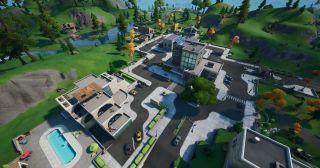 There’s nothing amazing about Lazy Lake, save for the high number of loot chests. It is grouped a little more tightly than other locations, which will help you clear the place out faster, but will probably put you closer to enemy squads all the same. You should be able to find a boat in the small lake/waterfall area to the west. 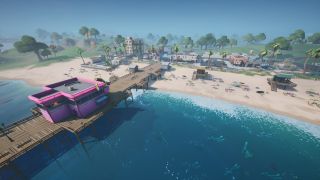 A great location, with the most chests of any previous Fortnite area ever. The water to the north provides great cover or an escape route. 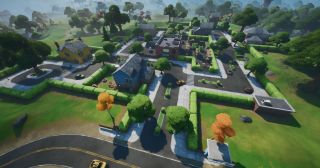 Not a great location by any measure. A low number of chests, no particularly great sniping spots, and it’s pretty far away from most other major locations. There’s also no slurp kegs or any water source. So get your running shoes. 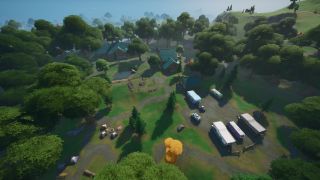 Since Fortnite Chapter 2 has nothing in the way of land mobility (aside from your own two feet), Weeping Woods’ central location makes it one of the better places to land. The trees provide cover, and it’s not that long of a jog to get anywhere else. If you’re a big builder, there’s plenty of early game wood to load up on here too. 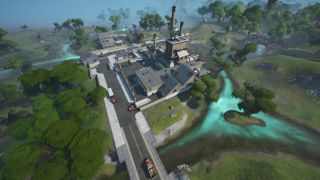 Slurpy Swamp is arguably the best place to land in all of Fortnite Chapter 2 currently. Though I wouldn’t recommend doing this in real life, wading in that weird blue river flowing out of the Slurp factory will actually heal you. Or grab one of the many slurp kegs. Even if your first fight in Slurpy Swamp is a knock down, drag out brawl, it won’t matter, because you can just go stand in some water for a minute. If you do need to bail, the boat and water are viable options, but you may not need to worry, as the swamp has nothing to its southwest, and the only other major location nearby is the Weeping Woods to the north. 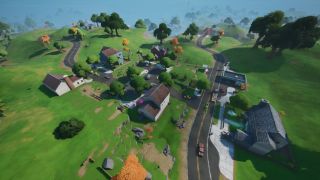 At best, Salty Springs is somewhat centrally located. At worst, it doesn’t have enough loot to justify an entire squad landing there. Thank you, next.

Respawn van location: Out in the street in the center of town.
Number of chests: 12 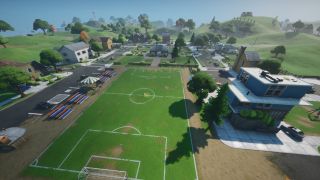 A jewel of Fortnite’s early years, Pleasant Park isn’t much to sneeze at nowadays. 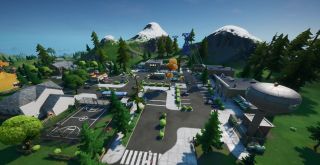 Another returning favorite, and it’s just pretty OK. To its credit, it’s also near Lazy Lake, a much better location. You can take a great escape route via the power lines at the northeast end.

This 10 YEAR OLD is the BEST Fortnite player I EVER met... (he should be a PRO!)

Fortnite challenge: where to dance at The Pipeman, The Hayman, and The Timber Tent