Weekly challenges are now a common occurrence on Fortnite, something that players look forward to since besides XPs and cosmetics, the challenges are also a way to bring more entertainment to the game–and this week, it’s Skye’s turn to give out her quest. 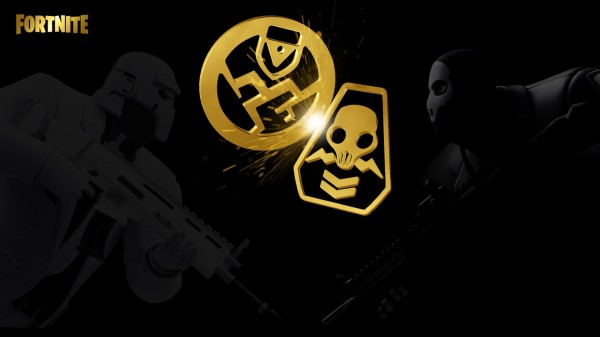 (Photo : Fortnite/Facebook)
After the Skye’s Adventure challenges, players can choose between a GHOST or SHADOW skin.

According to Forbes, after doing parts one and two of Skye’s Adventure (part one is available this week, and the second will arrive next week), Fortnite players get to choose between a GHOST or SHADOW version of the Skye skin.

As with previous weeks, this week’s quest is a combination of straightforward challenges and those that require a little guide, specifically locations that require visiting but aren’t marked on the map.

Without further ado, here is the first set of challenges for Skye’s Adventure, courtesy of Fortnite Insider:

Search chests at Spy Bases – 7Deal damages to players with SMGs or Pistols – 400Mark an Uncommon, Rare, and Epic Item – 1Collect 75 of each material within 60 seconds from landing from the Battle Bus – 3Hide in a Creepin’ Cardboard at the Box Factory – 1Consume Foraged Items at Weeping Woods or The Orchard – 10Visit The Shark, Rapid’s Rest, and Gorgeous Gorge – 1Escape a Vault Using a Secret Passage – 1Visit Skye’s Coastal Campsites – 3Pull a player or a Henchman with a Harpoon Gun -1

Completing each of the challenges will grant you 40,000 XP.

As usual, many of the challenges on the list are pretty straightforward and can be done by continuously joining matches and playing the game.

Where is the Box Factory?

However, some might need a guide, and we’re here to help Fortnite fans who might want guidance, starting with finding the Box Factory and knowing here to hide in ‘creepin’ cardboard.

The Box Factory is a new addition to the map, but it is unmarked as many others.

To find it, land southeast of Lazy Lake or southwest of Retail Row (or G7 on the map). The area may look familiar for most Fortnite players as many have previously checked the area to check the mysterious military bunker in the mountain nearby. 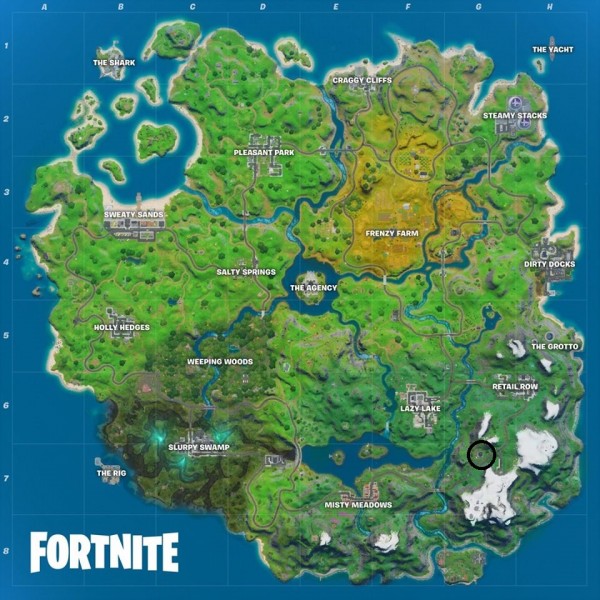 (Photo : Fortnite/Facebook)
Here’s the location of the Box Factory.

The purpose of the bunker is still unannounced as it still shows **Redacted**, and there’s still no word as to when it will be used and what for.

Nevertheless, enter the Box Factory when you see it.

Hiding in a Creepin’ Cardboard

Inside will be tons of Creepin’ Cardboard, and they will appear exactly like those ‘Creepin’ Cardboards all over the island, yet for this challenge, Fortnite players need to be exactly inside the Box Factory to complete it, as per GamesRadar.

Once you find a Creepin’ Cardboard of your choice, approach one and follow the prompt to Hide and jump inside, then the challenge should be completed, and you’ve earned 40,000 XP.

Since the Box Factory is part of this week’s challenge, it’s not surprising to see a lot of Fortnite players in the area, so watch your back and be careful, especially when the boxes could be the enemy’s hiding spot.

ⓒ 2018 TECHTIMES.com All rights reserved. Do not reproduce without permission.

You can get paid to train up gamers on FIFA, Fortnite or Call Of Duty during self-isolation

PUBG Mobile Tournament with Prize Pool of 11 Lacs is Being Held in India; Register Now

Fortnite’s ‘Mythic Fish’ Is Real, Here’s How To Get It – Forbes