One of the more underrated characters in Chapter 2, Pipeman, is on the move. But, where is he going?

The plotline of Fortnite Chapter 2 has been sporadic and difficult to follow. We got dropped into this island last October, without much backstory as to exactly what put us here.

Sure, we know the basics about The Visitor, the rocket, and the Zero Point, but a lot of the supporting details are theories. In Chapter 2, we have even less concrete information as Ghost and Shadow battle it out for our allegiance. There have been a few breadcrumbs along the way. The recent Slurp Legends pack featured the Chaos Agent in the background of the teaser, for instance. He appears to be a central figure – whatever his intentions may be.

There is one piece of lore that’s going through some changes, however. Our old friend, Pipeman, has stood up from his mountaintop spot and started walking.

Pipeman made it quite a distance from his original spot. You can now find him by the hut underneath the small mountain covered in snow. He still has his chest with him, but where is he going? 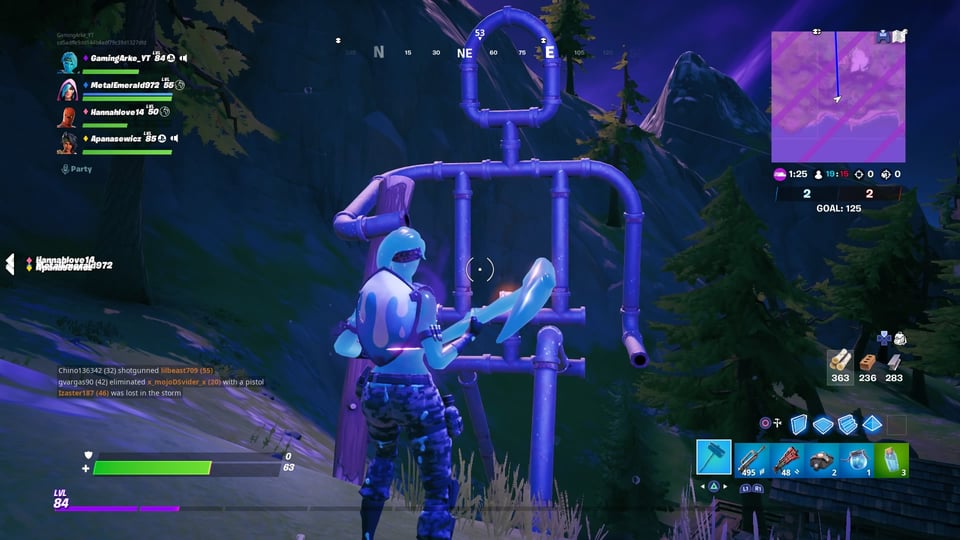 One Redditor suggested that he could be heading to greener pastures; more specifically, the pipe-filled area near Slurpy Swamp.

Another suggestion is that he’s preparing for a battle with Hayman, who remains standing at his original location near Frenzy Farm. Could we be getting another world-ending battle as we saw in Chapter 1?

This is a bit of a gag, but it would be hilarious if that ended up being the case. For now, we can only keep tabs on our old buddy and see where he ends up. This is one of the lesser-known subplots of Chapter 2, and it will be fun to see how it unfolds.

Bassassin Fortnite Challenge: How Much is the Pack? - DBLTAP

PUBG associates with Jio as an exclusive digital partner in India

xQc explains why Fortnite’s The End event ruined his stream