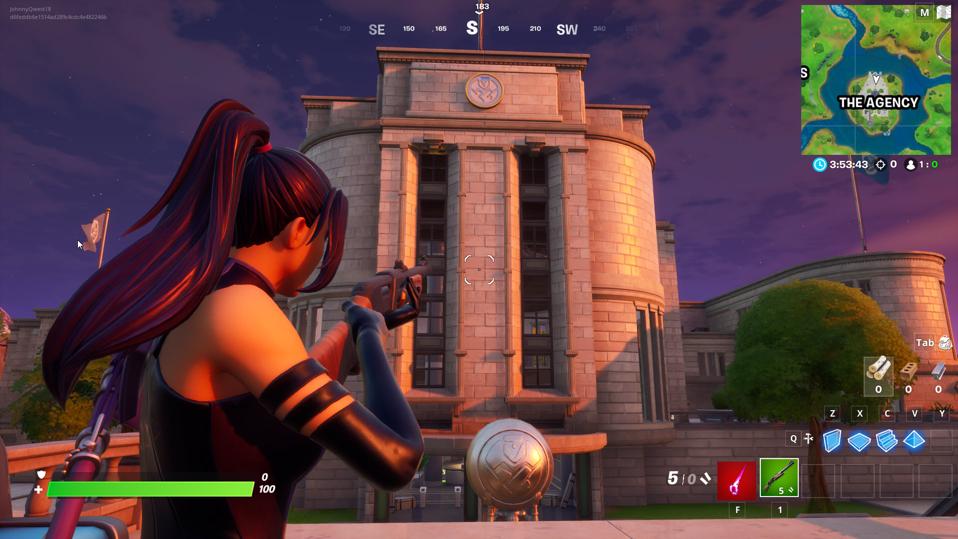 This week’s Fortnite event was delayed for a week, and the countdown that was supposed to tick down to zero this Saturday will be doing so next Saturday instead. While we only have a few in-game hints about what’s going to happen, the spooling up and activation of a “Doomsday Device” at The Agency, now we can see some of the aftermath thanks to dataminers.

This one comes from FireMonkey and shows what is left of The Agency after it is blown into a crater once the Doomsday Device activates during the event:

We know that the Doomsday Device is being housed somewhere inside The Agency, and I suppose you could do some contract tracing on this crate to figure out exactly where (Midas’s office, judging by the menus). I am a little surprised it actually explodes, given that I thought this device was mainly just going to generate some sort of flood-inducing hurricane that would drown the map, but I suppose it may end up doing both. Midas, in his Cyclo suit, should be just fine.

I do think this signals the end of the spy bases as locations. The Rig is already destroyed. The Yacht was taken over by Deadpool. The Agency will clearly be blown up. And if there is flooding, that should drown both The Shark and The Grotto. So I think we are moving on from these locations, and I would not be surprised to see something else be there in their place once Season 3 actually arrives once this event has concluded. 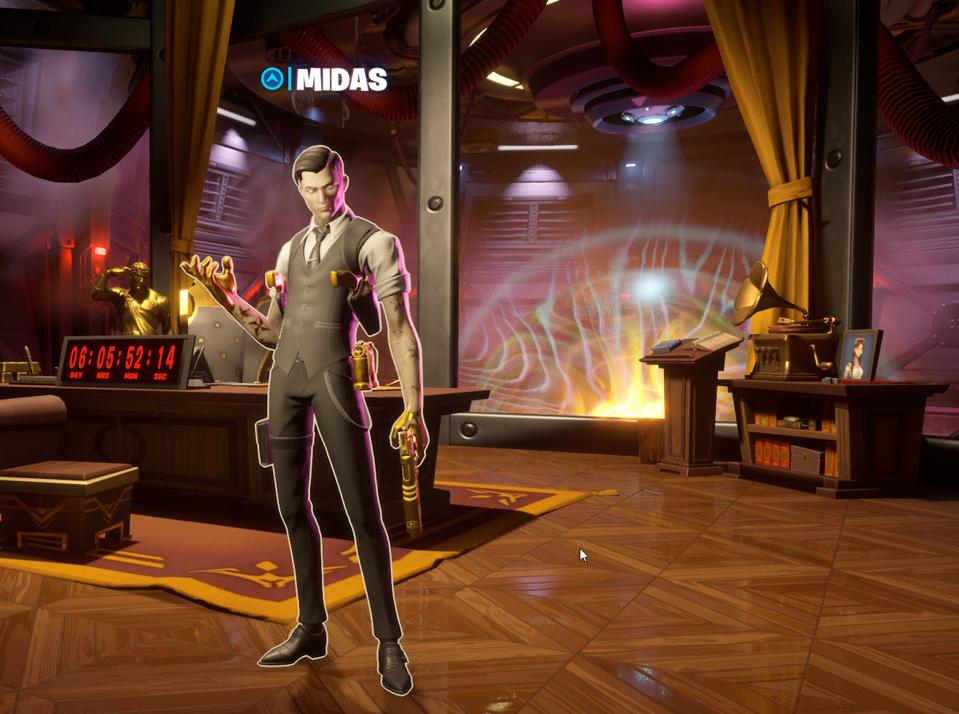 There may still be more leaks to come, as we still have a full six days before the countdown reaches zero. I might expect to see how some flooded zones look if that’s really where we’re heading, but who knows. As a reminder, the event will happen at 2 PM ET next Saturday, unless there’s another delay. And while it seems like The Agency is the place to be for the event, expect to get blown the hell out of there once the Doomsday Device erupts. Guessing this will be a pretty scripted event and Epic will end up herding players exactly where they’re “supposed” to go when it happens.

At some point, the game should put the Midas Cyclo skin for sale. I am guessing we have not seen the last of Midas and that he will be a key figure in the “plotline” of Fortnite going forward for a while to come, similar to how The Visitor was a lasting presence in Chapter 1.

How To Change Your Fortnite Name On Xbox!

So many people want GTA5 that you can’t play Fortnite

Fortnite: How to create a flying Shield Bubble