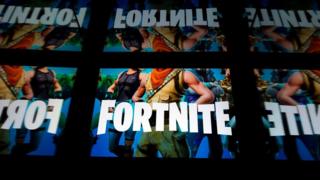 A Sydney gamer has pleaded guilty to assaulting his pregnant partner in an incident that was live-streamed as he played the popular game Fortnite.

Luke James Munday, 26, was arrested last December after fellow gamers saw the video – which went viral on social media – and reported it to police.

The video did not show the assault in frame, but it did capture audio.

Under New South Wales law, anyone convicted of common assault can face a fine or up to two years in jail.

Mr Munday pleaded guilty to the charge in Picton Local Court on Monday, alongside an agreed statement of facts.

The document stated that Mr Munday slapped the woman in the face and pushed her to the floor after she had thrown items at him.

The violence happened after the woman asked Mr Munday several times to stop playing the game and eat dinner.

“I just held her down because I wanted her to stop,” he later told police, according to the court documents.

The pair’s two young children were inside the home at the time.

Mr Munday was immediately banned from livestreaming platform Twitch after the incident.

The court was told the woman has since been charged with assaulting Mr Munday. The Sydney Morning Herald reported that he suffered minor injuries after being hit by a kettle.

Mr Munday had shown remorse for his actions, the court heard. He will be sentenced on 26 August.

Last year, a man in the US state of Florida was charged after he was allegedly overheard raping a teenage girl while playing the game Grand Theft Auto.

What is in the Fortnite item shop today and which skins and cosmetics have the highest ranking from Tracker?

PUBG Mobile is Only the Fifth Highest Grossing Mobile Game in H1 2019, Despite the Craze

New Lawsuit Alleges Fortnite is as Addictive as Cocaine

Marshmello And Alison Wonderland Beefed After A Fortnite Competition