The Classic Struggle Between… Cattus and Doggus?

This battle has been teased since the early days of Season 9. Monstrous sounds had been heard from within Polar Peak after it was cracked open by the aftermath of Season 8’s volcanic eruption. Then from the inside of the volcano, a giant robot began construction. Once completed, countdowns appeared to the beginning of the Fortnite mech battle, which took place earlier today. The robot named Doggus took on the kaiju-like monster Cattus, but even with cutesy names, the fight was quite vicious. 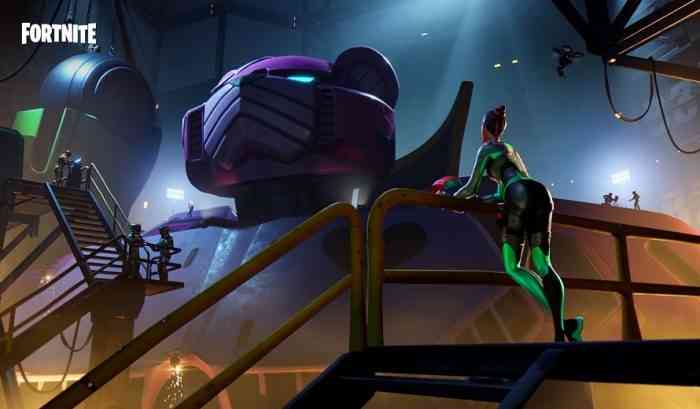 Cattus emerged from the sea and Doggus undocked from its base in the volcano. Once in sight, Cattus was hit with a flurry of missiles from the mech. After a second missile strike, the monster struck back with some sort of energy-breathing attack that knocked Doggus down. Doggus then performed a jet-propelled tackle that sent them both clear across the island and into the sea. After a few moments, Doggus emerged from the ocean appearing victorious, but Cattus pounced it and quite literally disarmed it. After tossing Cattus off, Doggus reached into the Vault. Cattus pounced again, but Doggus pulled out a ball of energy and gave it an epic punch to the face. Doggus walked over to Mega Mall and grabbed something. It pulled it out of the ground, revealing a badass sword. Doggus used the sword and stabbed Cattus in the skull, vanquishing the beast.

No victory in Fortnite would be complete without a quick emote. Doggus did a one-armed floss and salute before ascending into the sky, never to be seen again probably. While this would normally mark the end of a season, with the World Cup happening soon, Season 9 will be extended until August 1st. That is also when Season 10 will presumably start.

Did this battle unfold the way you expected? Let us know in the comments below.

Fortnite Guide: Where To Dance In Front Of A Bat Statue, Way-Aboveground Pool, And Seat For Giants