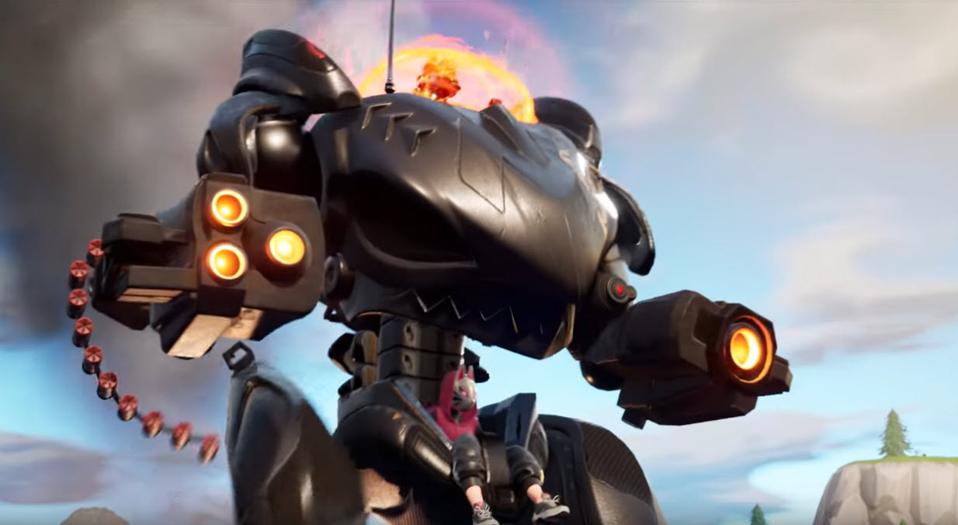 Fortnite Season 10 is here, and not without some measure of controversy, as expected. The big new addition to gameplay in the new season is literally quite large, a huge mech vehicle that can jump around the map, stomp on players and unleash a disastrous rocket barrage to nuke all buildings and enemies in sight.

The B.R.U.T.E. mech has already turned into something of a community meme as the latest overpowered addition to the game. It’s been compared to Thanos, the LTM supervillain who had to be nerfed and buffed a bunch of times to get his power level in line, the sword, which was so broken it had to be vaulted and the entire concept of mythic weapons were shelved, and the plane, another controversial vehicle which was nerfed over the course of season 8, but ultimately ended up vaulted, which is why we now have an airport on the map without any planes in it.

It’s hard to gauge exact community sentiment given that it’s really just a string of angry tweets and forum threads. But I saw that @FNBRleaks posted a poll to his 300,000 followers asking if the mech should be in the game or not:

If you’re following a Fortnite leak account, you may be on the harder core end of the spectrum, and it seems like the mech is yet another thing introduced to let players have fun and get kills even without crazy good building and shooting skill, which was also the philosophy behind the planes, which were a hit with the younger crowd.

And yet it still feels a bit like suddenly putting a monster truck in a football game that players can get into and drive around in on the field, unbalance and absurdity for the sake of spectacle.

I think it’s too early to make a final judgement on the mech yet on only day two of this season. Slowly, people are starting to figure out counters, boogie bombs, going for the driver, team-shooting, etc. Though there are many (most) instances that feel like you pretty much have zero chance against a mech when you might have easily won a more traditional 1v1.

But this isn’t the only thing season 10 introduced that players aren’t pleased about.

The rework of the challenge system has brought with it “Limited Time Mission” that replaced daily missions. This week’s mission, B.R.U.T.E. Squad, offers 30 battle stars, 3,500 XP and a loading screen as a reward, but players are not amused about the time frame and structure.

You only have a week to complete all seven missions and then they’re gone forever, you can’t go back and do them later to earn these rewards. Not only that, but the way they’re structured, only one challenge appears per day, so you could say, use a mech in a few games right now, but the “use a mech in five games” challenge doesn’t unlock until Monday. This also means that on the final day there is a challenge that unlocks that day only that you must complete in order to receive the final big chunk of XP. 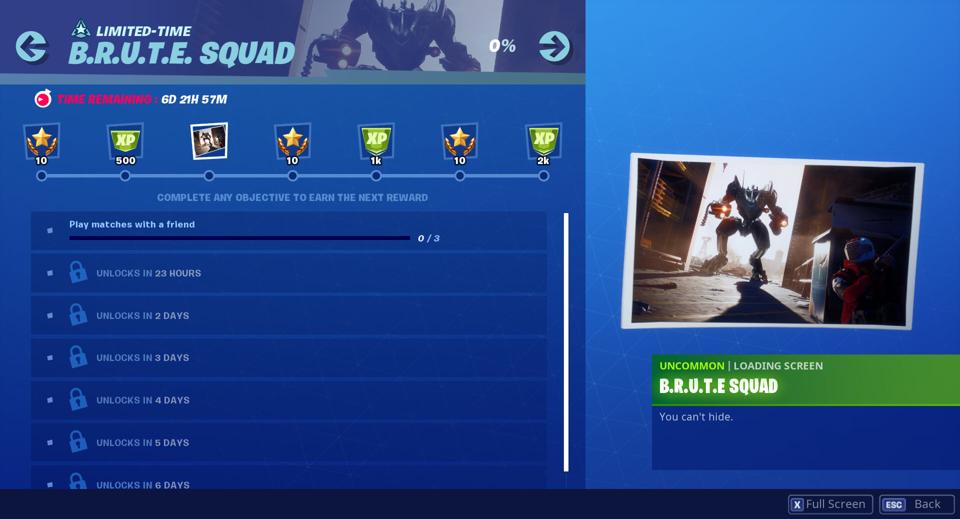 I am sure that Epic is trying to increase daily engagement with this new system, but for players with school or jobs or families or simply the desire to do something other than play Fortnite every day, this creates a lot of FOMO that you’re missing out on challenges that you simply cannot make up later. And formatting this so you only have 1-3 days to get some of these done amps up that pressure even further. It’s not a very good system.

We’ll see what happens with both of these issues. I predict Epic will spend all season long buffing and nerfing the mech in various ways, and then it’ll probably be vaulted by the end of the season. If they can’t figure it out, maybe they’ll pull a sword and remove it completely. I don’t know what they’re going to do about the challenge system, if anything. I guess we’ll have to see.

PUBG Mobile India Tour: How audience can vote to help their favourite teams win up to Rs 10 lakh cash prize

Want to Play Fortnite on Xbox One? Unplug Your Kinect | News & Opinion

Fortnite: Where to find E.G.O. Outposts

Fortnite season 4: When it starts, Marvel tease and everything else you should know

Celebrating the art of Fortnite