The fun of Fortnite is about to be doubled as according to recent developments, players will now also be able to see the live-feeds of their friends simultaneously during the battle online.

The feature is launching this week for all users across PC, PS4, and PS5 and Epic has made it possible with the help of Houseparty – the similar chat app which the company acquired last year to first give birth to cross-platform voice chat.

Fortunately, there isn’t a lot of complications involved in using the feature as all you are required to do is link Epic and Houseparty accounts together. Once that is done, you can begin with “Fortnite mode” inside the app to create a party of your friends and finally, you will be able to see their live-feeds on the left side of the screen while enjoying the game. While you can add up to 10 people to the party, still only 4 will appear in Fortnite depending upon their active status.

With that being said, you will also need an additional hardware item in the name of an Android or iOS device with Houseparty running on it to serve as your camera. And while you might think that is a bit too much to handle, Epic has said that the company made the move to streamline the existing process which means that already plenty of users are comfortable with it.

The good thing is that the Houseparty app will only automatically show your face with a colorful background – another thing that Epic has been able to do with the help of face detection libraries powered by Apple and Google. In case, if you move away from the camera, your fellow friends won’t see anything except the background.

Epic has done this only to make sure that users feel more secure and also to keep things more focused while the battle is on.

Overall, the update seems to be very beneficial for Fortnite as it is transforming itself from a merely third-person shooter online game to a comprehensive social space. Epic has already expanded the reach of the game from battle royale origins to a violence-free social space called Party Royale and a number of in-game concerts have already taken place.

There is no official confirmation on whether Epic will introduce the feature to other games or not. 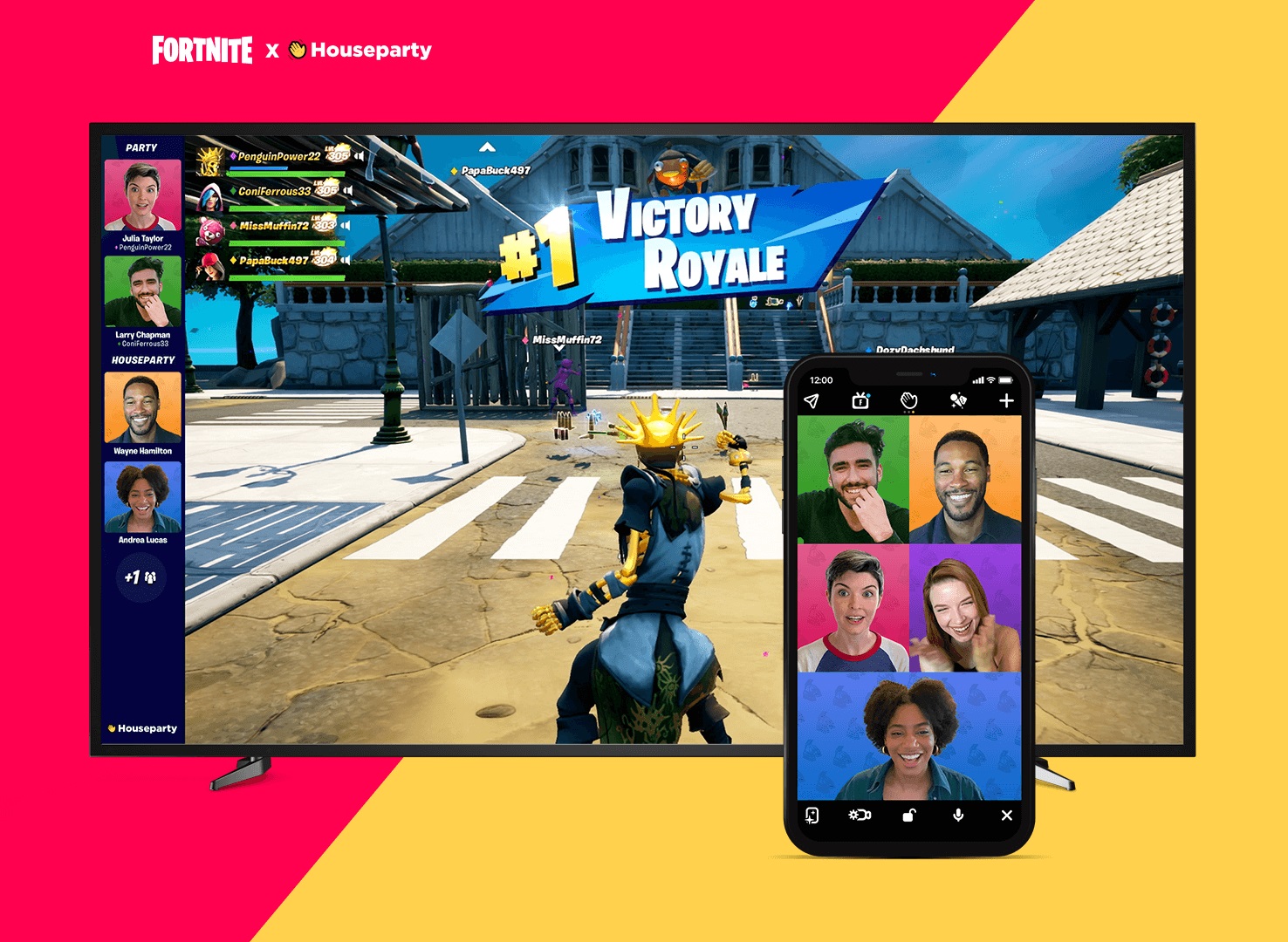 Read next: Rise in At Home Mobile Usage Will Lead to 21 Percent Increase in Ad Spends, App Annie Report Reveals

Apparently You Can Play “Fortnite” On The Atari VCS

Missing after parents scolded him for PUBG addiction, 16-year-old boy found in Kolkata