Fortnite Season 5 is just a little less than a month away from being over, and while we’ve gotten a few new points of interests since it started, we probably not getting many more new POI’s until Season 6. Here are some of the best places to drop in the island, as of February 22.

While Season 5 started out with a new map refresh when it launched back in December, the Fortnite island has gotten some new points of interest throughout as well, with some of them becoming major hot points for players to drop at for a multitude of reasons.

Because of these changes, it’s easy to be confused about where the best place is to drop, whether it be for the amount of loot chests that have a chance of spawning there, the amount of others that like to drop there, or other reasons entirely. 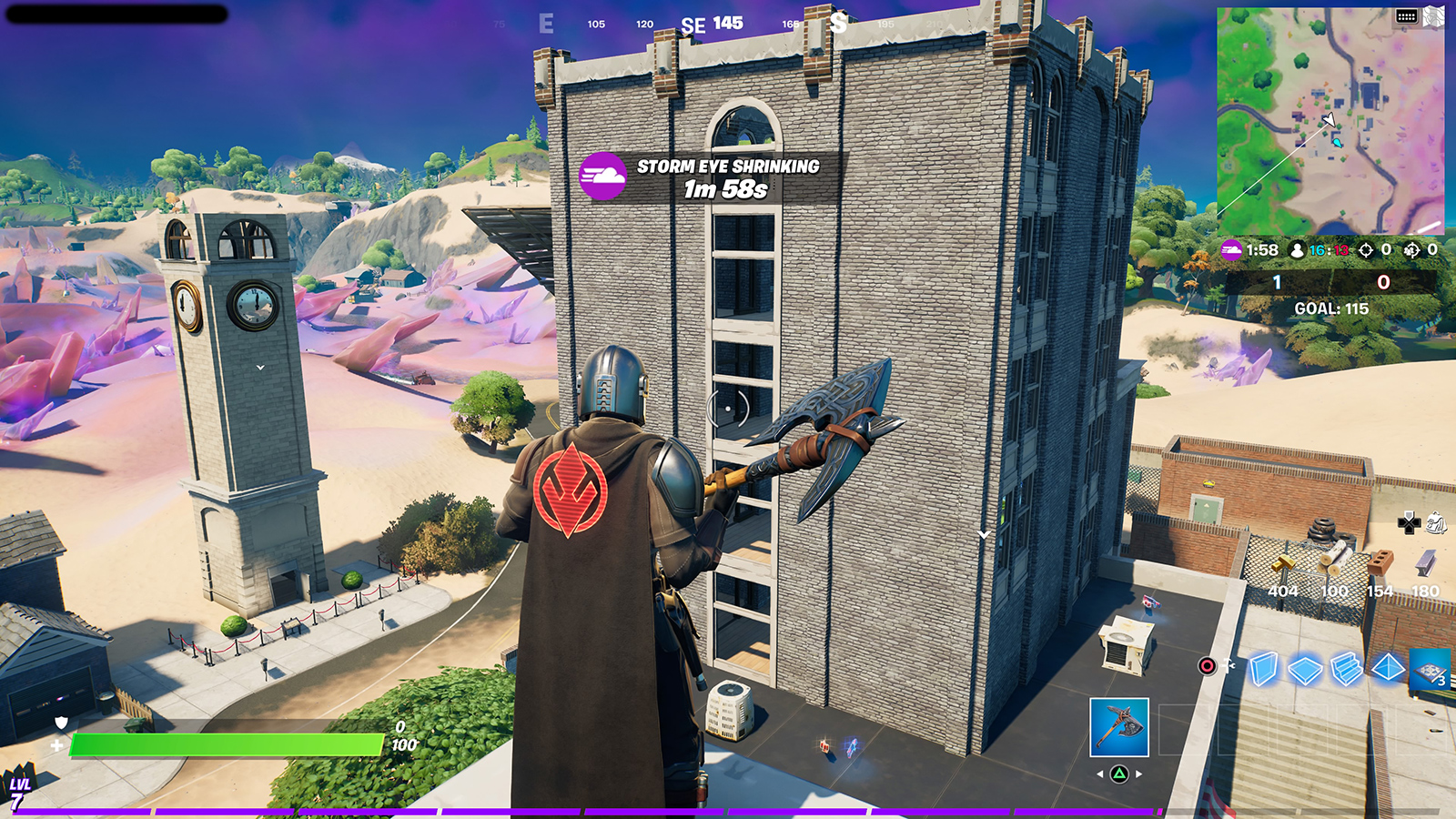 Epic GamesTilted Towers makes a return in Season 5 in the form of Salty Towers.

One of Season 5’s most notable additions when it first launched was that of Salty Towers. While it has a new fancy name, at the end of the day, the area is just a new version of Tilted Towers from way back in the day. Because it’s basically just the popular POI with a new paint job, it’s still a haven for both ground loot and chests.

Landing at the main tower is going to be your best bet here, although the other buildings aren’t bad by any stretch of the imagination. Of course, just like the old version, it’s worth pointing out that it’s an incredibly popular spot, even more so given its proximity to the middle of the map, so be careful when dropping in. 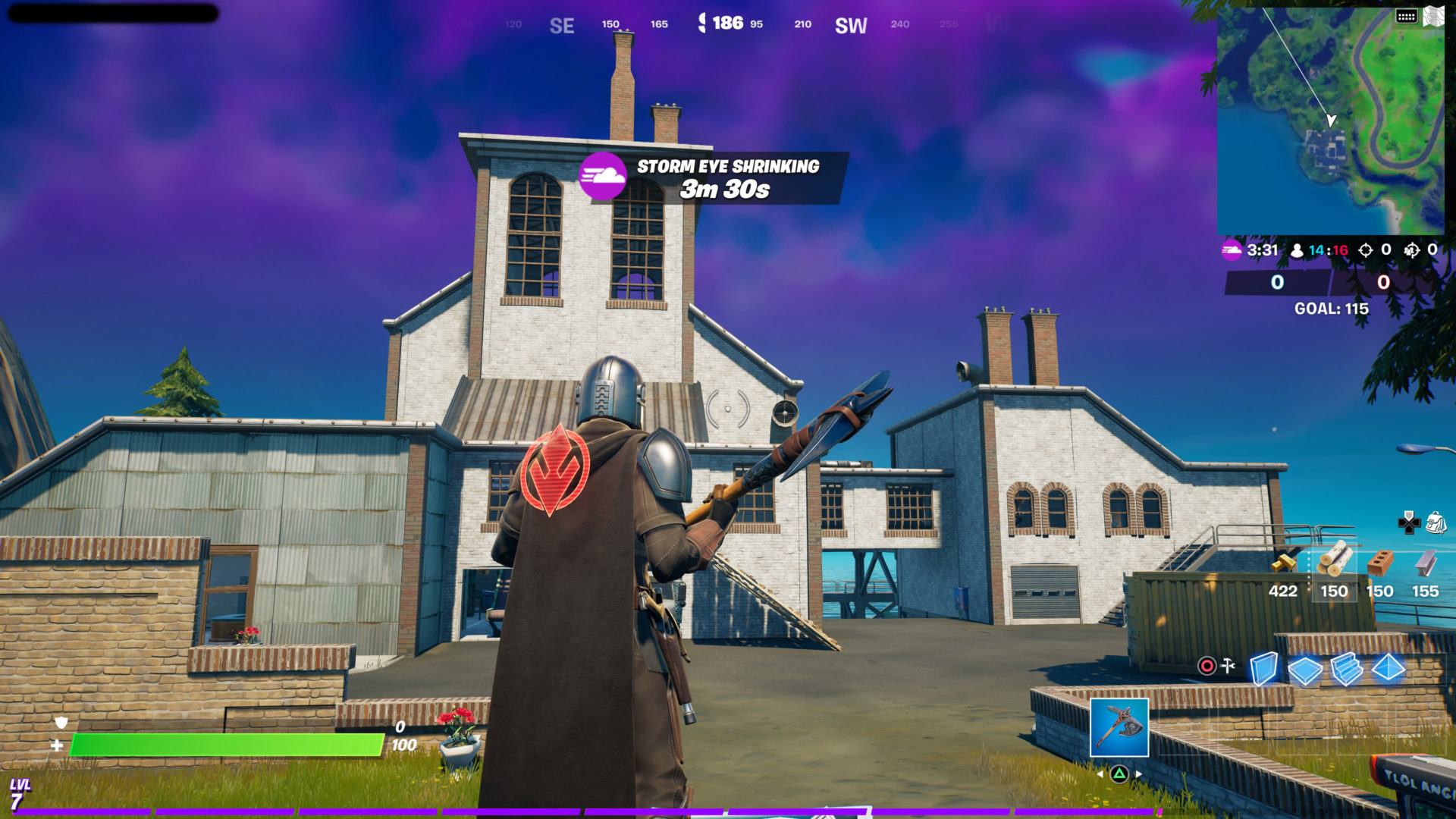 Epic GamesFlush Factory also makes a return with Season 5, after being absent since the old Chapter 1 map.

Like the previous area, Flush Factory also returned from the old Fortnite map for Season 5, but it’s gone unnamed. To find it, just look for the group of buildings south of Slurpy Swamp. Again, because it shares the same layout as its previous version, there’s a ton of chests and ground loot found here for you to sink your teeth into.

The best part is that, because it’s unnamed on the map and in such a remote corner, you won’t be running into a lot of other players when landing here. This means that, generally speaking, you can take your time exploring and gearing up. Though, it’s important to be mindful of the circle, as you more than likely won’t be having your endgame there. 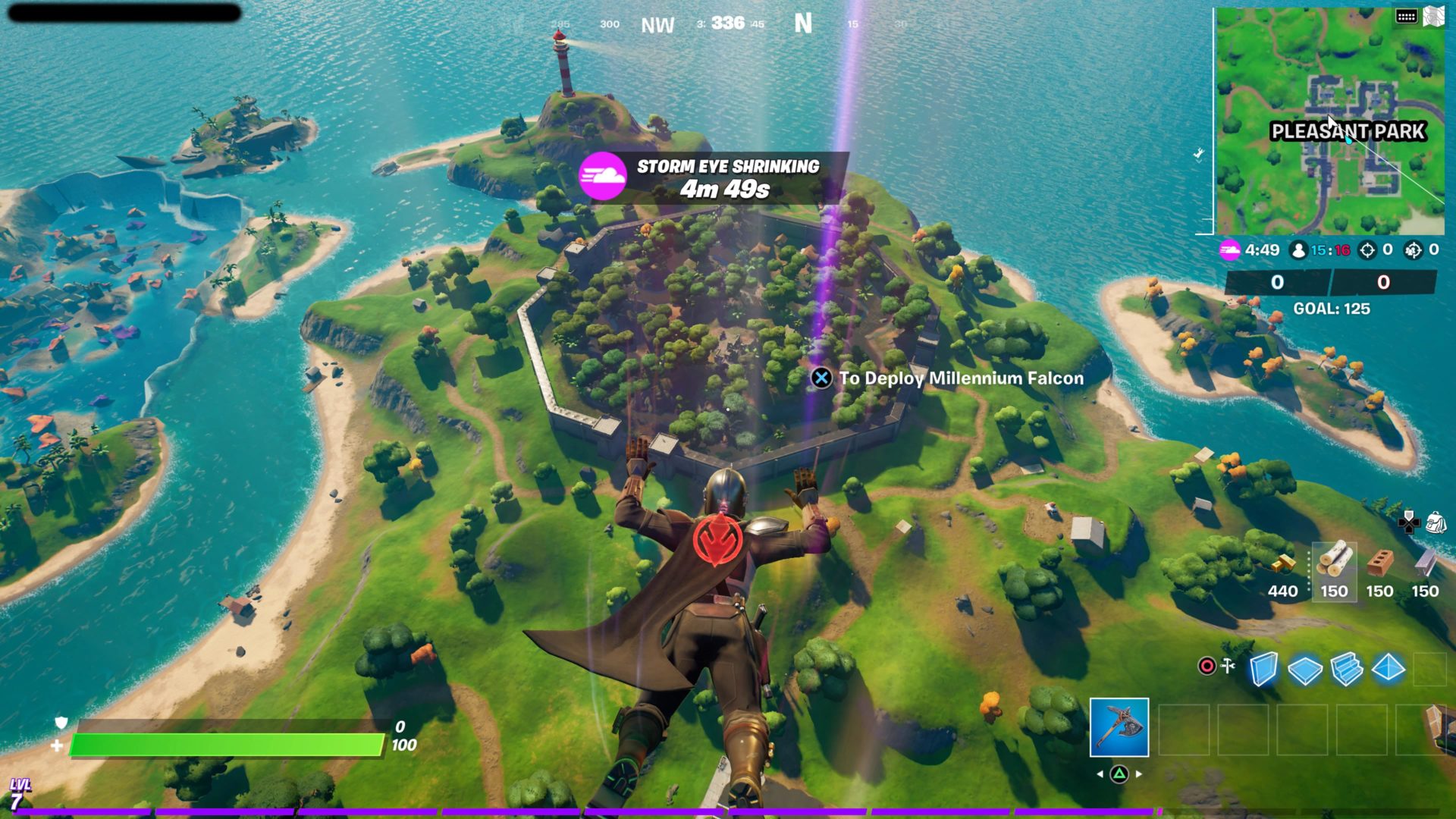 Epic GamesStealthy Stronghold is a new area with Season 5 and it has a ton of loot.

Stealthy Stronghold is one of the more interesting spots to drop. Unlike the previous two entries, POI is pretty big, so there’s a lot of places for loot. The only problem with it is that it can be very congested, resulting in some tight pathways and reduced lines-of-sight.

While the area is bountiful in terms of loot, you’ll have to watch out for the Predator AI who roams the area. He will kill you quickly if you’re not prepared for him so always try and be on the lookout for the invisible creature. That being said, killing him will allow you to unlock him as a skin if you have the battle pass, so it’s a pretty even trade.

It’s also worth pointing out that considering its size, location, number of chests, and the Predator, a ton of players land there, especially if it’s near the start of the Battle Bus’ flight path. Still, it’s well worth it for all the loot you’ll end up getting. 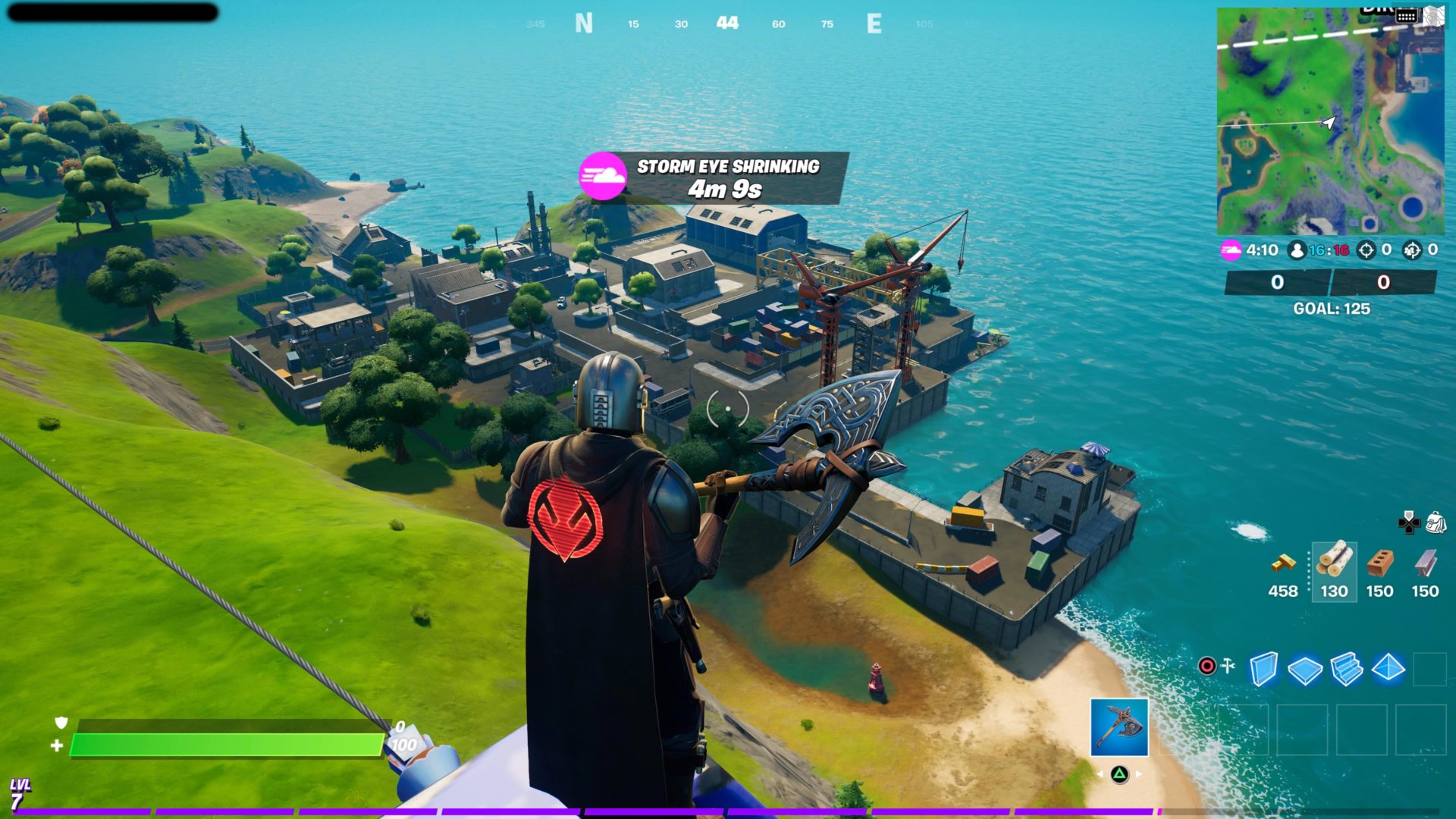 Epic GamesDirty Docks is still an great place to find loot in Season 5.

This area is nothing new, but it’s still worth pointing out because of the high amount of loot that spawns here. You should have no problem finding a quick assault rifle or a shotgun with ease, due to how many buildings there are.

The best part is that, because most people land at “newer” areas, you more than likely won’t have to worry about a huge influx of players landing at the area, meaning that you’ll have more time to find stuff. Don’t think you’re completely out of the clear, as there will still be people dropping, but it will certainly be less so than during Season 4 for sure. 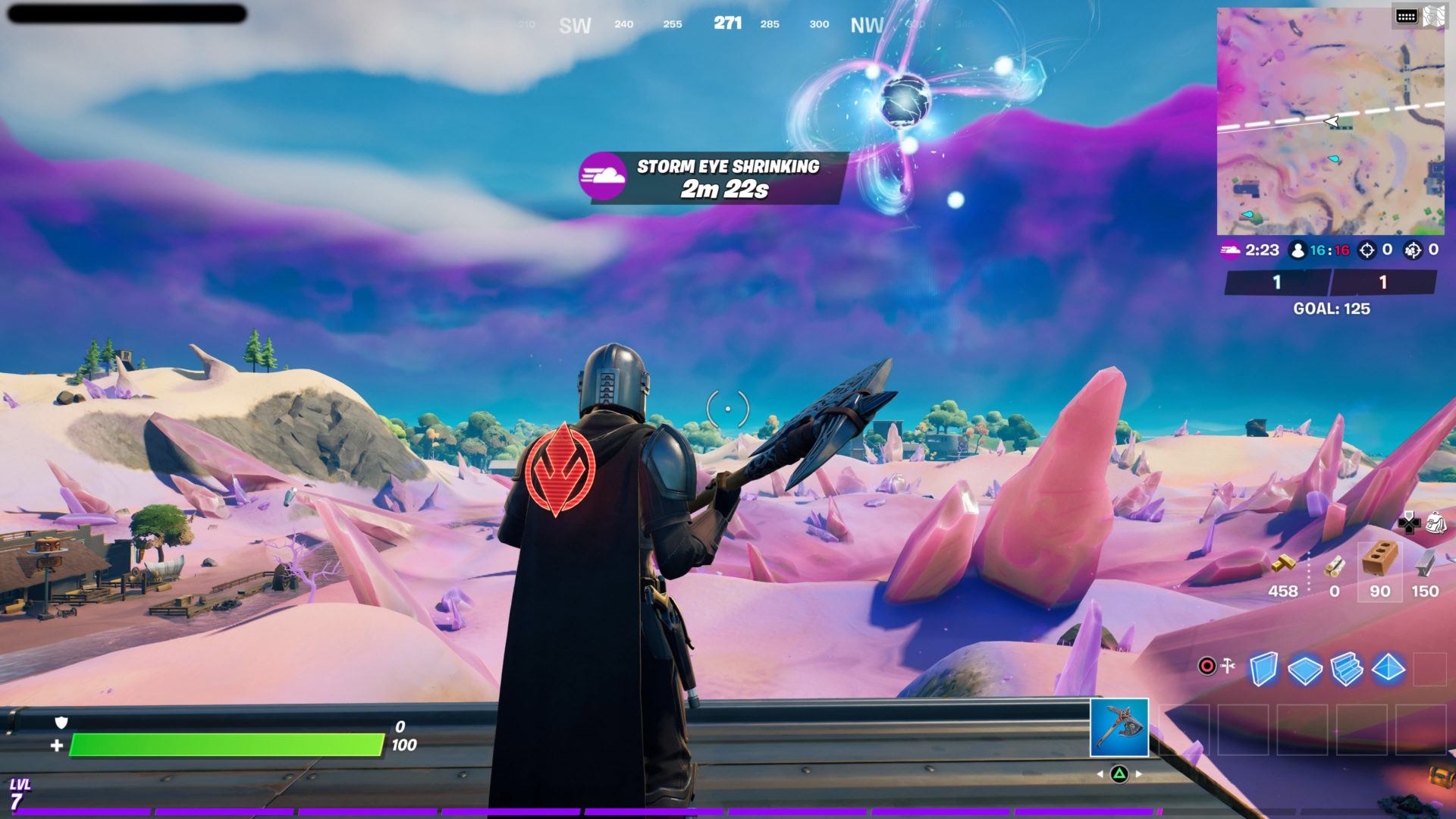 Epic GamesThe center of the map is a solid place to find loot, among other items.

Like Flush Factory, this isn’t a named point on the map. That being said, there’s really nothing else to call the dead center of the map. In terms of loot, there’s a pretty notable amount here. It is worth noting that you’ll have to be careful when dropping here: because of the size and the number of both chests and floor loot here, the number of players that drop here is huge.

The good thing, however, is that there’s a ton to do here outside of grabbing weapons. You’re able to use quicksand to quickly move around the area with ease and you’re also able to pick up special dash crystals that allow you to basically teleport around the area. 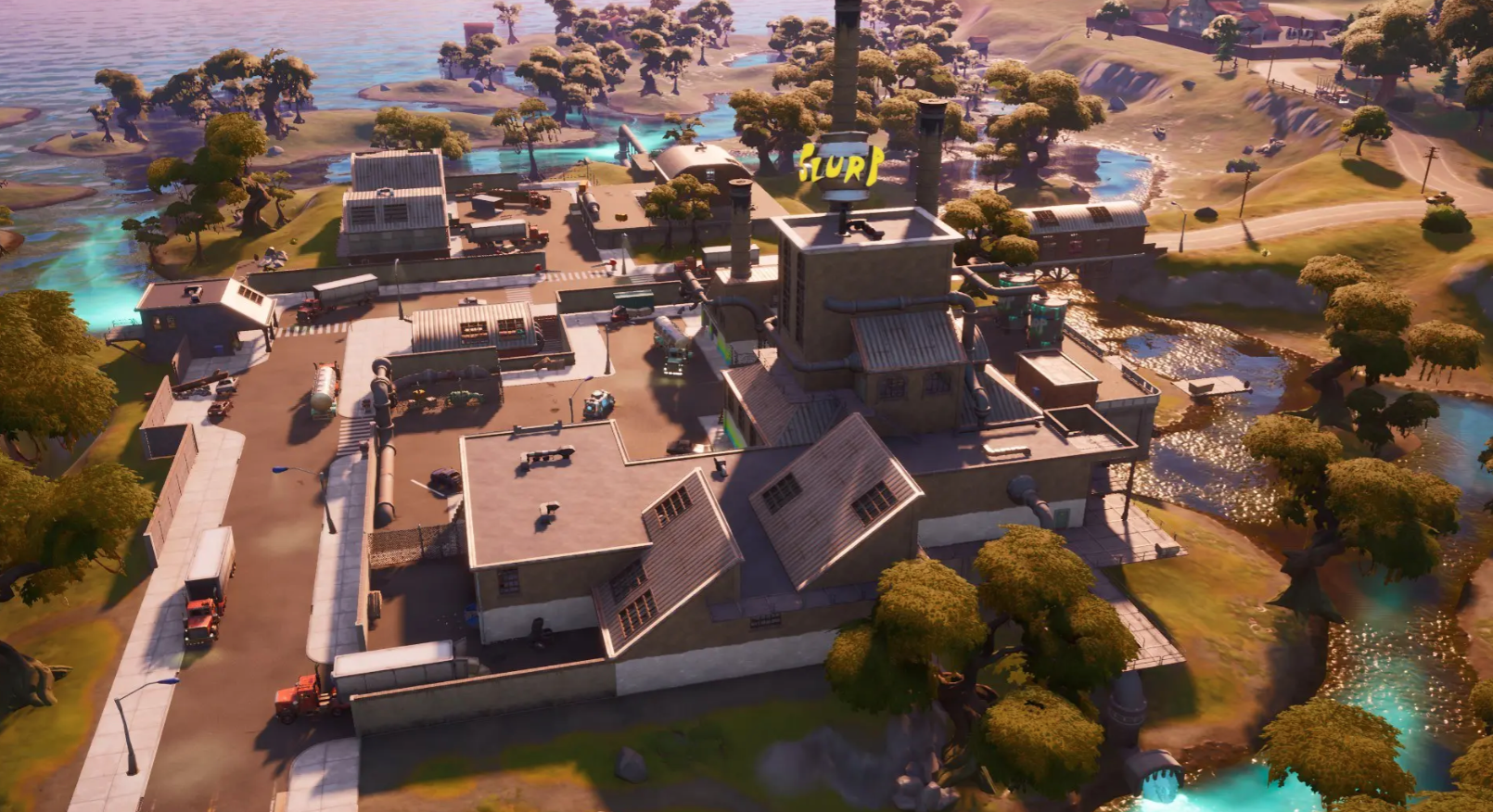 Epic GamesSlurpy Swamp is one of the best places to drop right now.

Slurpy Swamp is not a new point of interest on the Fortnite map, as it’s been there since the inclusion of the new map with Chapter 2 Season 1. That being said, the value that this location provides is insane, even at the end of Season 5.

Not only can you get a ton of loot here, as chests seem to spawn at a high rate, but you can easily fill up your shields without the need of shield potions. Players can either drop into the slurp juice-riddled rivers located around the map or they can find slurp juice barrels that increase health and shields when broken.

As previously implied, it acts almost identical to how it did before, but we felt the need to include it due to how valuable it actually is in-game. Here’s hoping it doesn’t disappear when Season 6 starts. 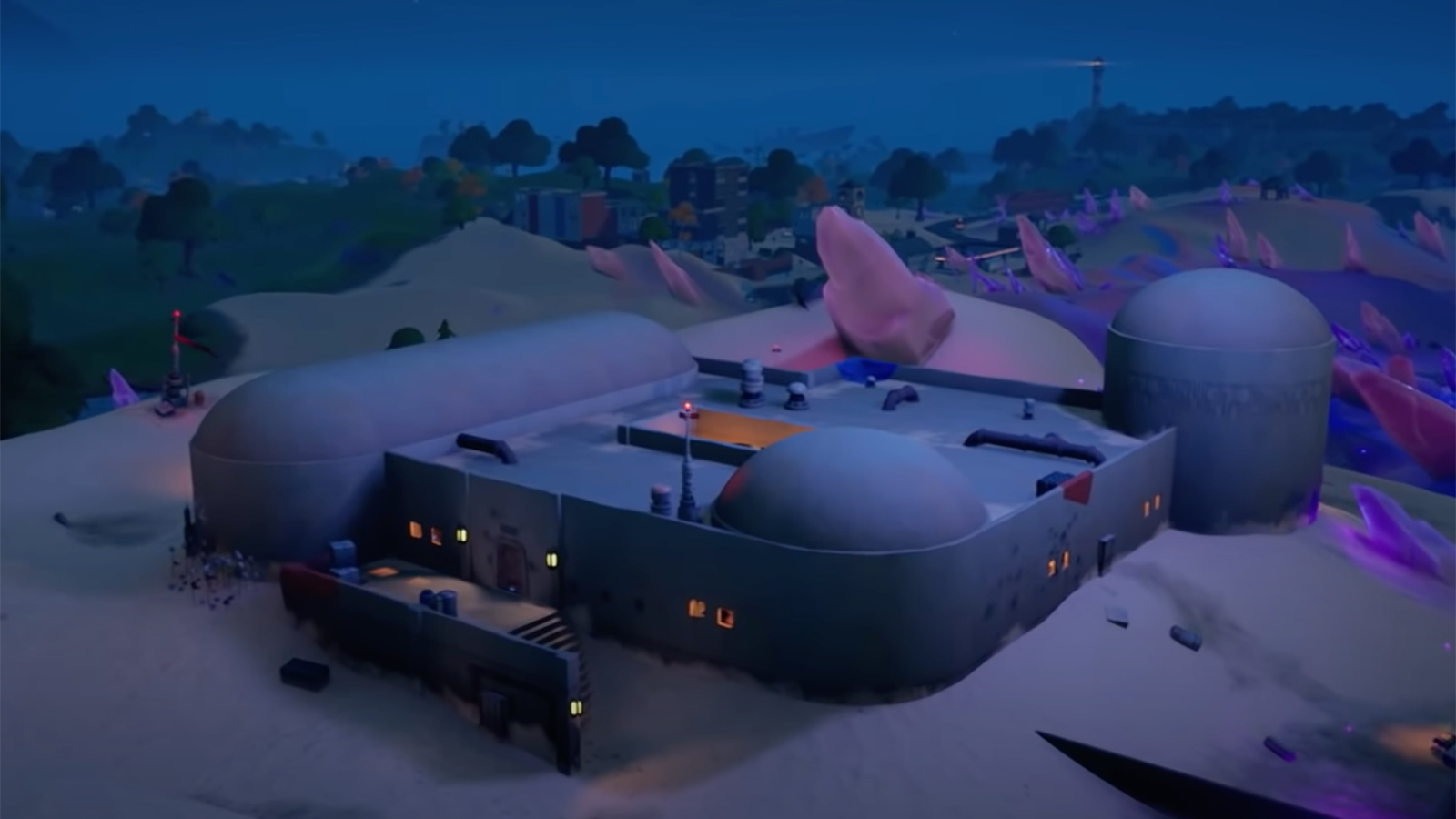 Epic GamesKit’s Cantina, based on The Mandalorian, was added during one of the game’s mid-season updates.

During one of the game’s mid-season update, a brand new unnamed POI got added to the game near the aforementioned Zero Point center of the map based on the Star Wars TV show The Mandalorian.

The location titled Kit’s Cantina, features a decent amount of loot for the small area that it takes up near the southwest side of the center portion of the map so you should have no problem finding weapons to use.

What’s more is that the Mandalorian himself spawns there, so you can get some amazing mythical items if you are able to take him down like the Amban Sniper Rifle and his jetpack.

Like always, be mindful of other players, especially considering the mythic items are highly sought after but it’s still a decent place to drop nonetheless.

Of course, these aren’t the only good areas in the game. If you find yourself having luck with other spots then those may be perfect for you. That being said, these few are pretty good, especially for the state of game and metagame right now. Here’s wondering what new areas we’ll get when Season 6 starts in March.

Fortnite’s got blizzards and no one knows why

Fortnite offers up Imperial Stormtrooper outfit for a limited time