‘Fortnite’ Season 4 Rumored To Be Marvel-Themed With Thor, Wolverine 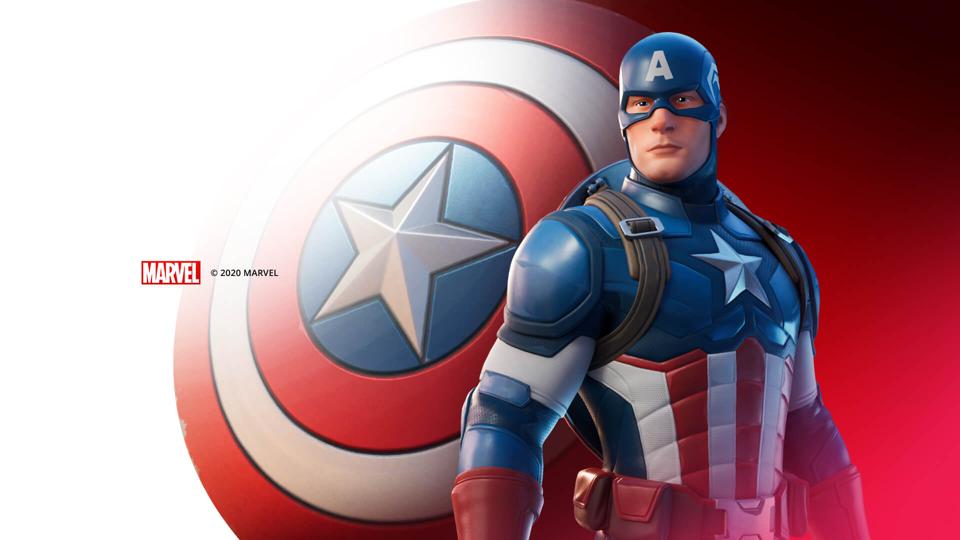 Marvel and DC have been doing battle with different Fortnite crossovers for a few years now. This season alone we’ve seen Aquaman as a battle pass unlock skin, Captain America sold on the fourth of July, and then the reveal of a Poison Ivy/Joker pack for November.

But Marvel may be assembling an entire Infinity Gauntlet worth of crossovers next.

According to dataminer and leaker HypeX, he claims to have a source that has told him that Chapter 2, season 4 is going to be heavily Marvel themed.

– Some players/miners have encountered a Thor/Galactus comic in-game that isn’t technically supposed to be live yet. There’s an audio file that looks like Galactus when you put it through a Spectrograph

– Thor’s Bifrost was teased in the Captain America reveal trailer.

– The same source that told HypeX about the comic before it showed up is the one saying that the entire battle pass may be Marvel themed next.

– One rumored skin is Wolverine, complete with a claws pickaxe, which could be the secret skin for the season, or an upcoming store skin.

– Fortnite has already done one crossover with Crystal Dynamics’ Avengers game so far, giving out a pickaxe for beta gameplay. The Avengers game will be released just a few days after Fortnite season 4 begins, barring any delays.

All of this leads to a conclusion that Epic and Marvel are doing their biggest crossover yet, and that we might end up getting a battle pass that is either majority Marvel or heavily Marvel going forward. Word is the opening cinematic of the season is a girl being saved by the heroes.

What interests me most here are two things, Galactus and Wolverine.

Galactus is rumored to be the next Thanos-type big bad of the next phase of the MCU, so I have to wonder if Marvel is starting to tease that through Fortnite here.

Wolverine is a curious addition because the X-Men, Wolverine included, are in total limbo right now with the movies (short of New Mutants) pretty much over and Marvel gearing up to introduce the X-Men into the MCU, but not for a few more years yet.

I don’t know how the Fortnite community will react to this if it pans out. On the one hand, people love Marvel and their Marvel superheroes. On the other, a corporate crossover taking over an entire season of the game seems like it could be a bit much, and there may be some pushback from those who wish that Fortnite would continue building its own world and lore and characters rather than devoting an entire season to being essentially a giant Disney ad. But we’ll see, and we’ll likely see soon, given that the end of the season is nearly at hand.

Will FaZe Jarvis Get Unbanned from Fortnite?

Relief for parents as Fortnite phenomenon starts to wane

PUBG vs Fortnite vs Apex Legends