Home > News > ‘Fortnite’ Season 9, Week 6 Challenges Revealed And How To Solve Them

‘Fortnite’ Season 9, Week 6 Challenges Revealed And How To Solve Them 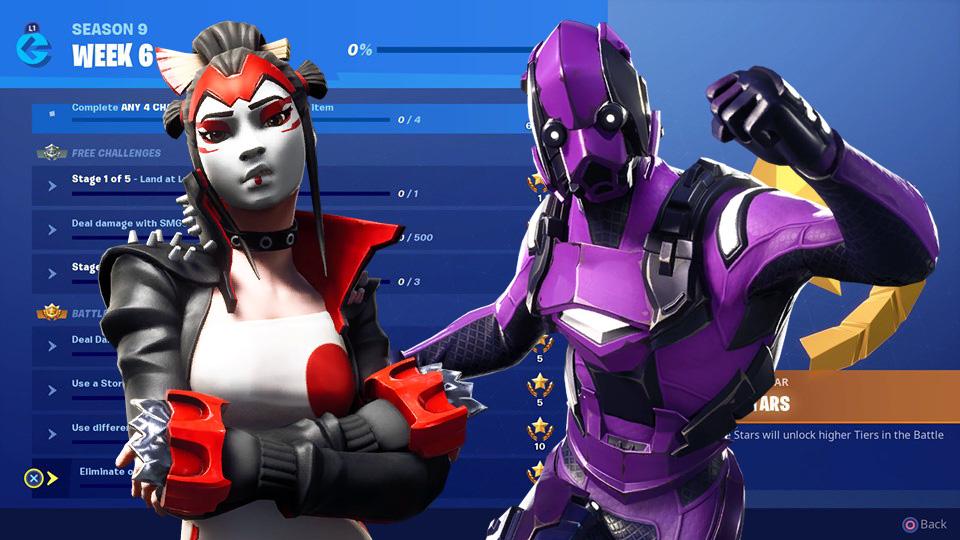 Here are all of Fortnite’s Season 9, Week 6 challenges and how to solve them.

Fortnite’s Season 9, Week 6 challenges are live, bringing us past the halfway point of the season. Time flies when you’re having fun.

This week’s suite of challenges is fairly straightforward. You have to deal some damage, get some eliminations, open some chests and land at some locations. Nothing fancy, folks, just the basics.

Here’s what this week’s challenges are for free players and Battle Pass owners: 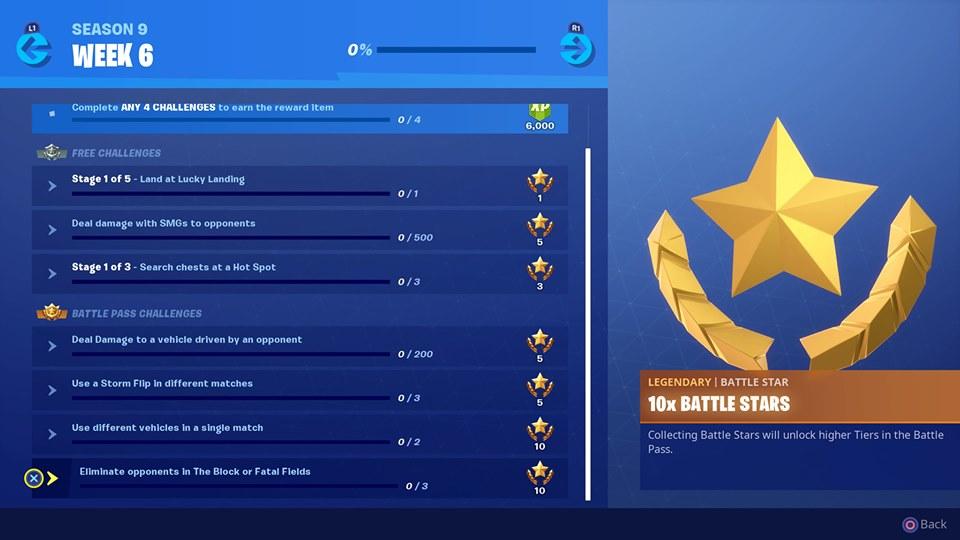 How To Solve Them

Most of these are painfully self-explanatory, to be honest. Landing at Named Locations is something even the most novice player can achieve with little effort.

When it comes to eliminations or dealing damage challenges, I always recommend hopping into Team Rumble (or whatever big team LTM is available) since it’s so much easier and faster to achieve these challenges when you can respawn.

If you’re not sure about “Hot Spots” these are simply the Named Locations on the map that have yellow/gold text. These areas have better loot as well as Loot Carriers to shoot down. They can also be a bit more dangerous since enemies will show up for the better loot.

The Storm Flip, meanwhile, is one of the new grenades in Fortnite. It dispenses a mini-Storm that deals damage to any enemies caught within it, making it a very effective weapon against groups of enemies since it can traverse structures.

As for using two vehicles in a single match, just head over to the buildings near the hotsprings where you’ll find both hoverboards and Ballers near to one another: 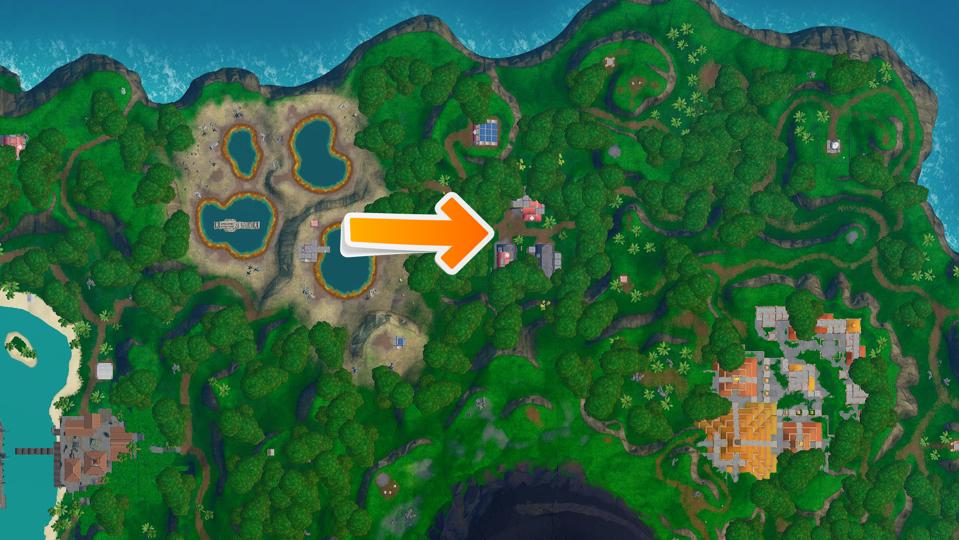 That’s all folks! Good luck out there!

Once you complete all of Week 6’s challenges you’ll be given this secret loading screen as part of the ongoing Utopia challenges. You’ll also be that much closer to Tier 100.

3 Reasons to Believe PUBG Xbox is On the Rise