Fortnite Meowscles Mischief Challenges debut for Week 5, and there are a few location-based tasks that are a little tricky. This guide details the process of visiting Coral Cove, Stack Shack and Crash Site without swimming.

While some of you may know where all three landmarks are located on the Season 2 map, the process of getting to these water-locked areas without swimming can be a bit of a chore. There are essentially two ways to do this. Undoubtedly the easiest method is to secure a Choppa and hover above each area. If you’d like to know how to get a Choppa, use our Choppa location guide. Alternately, there’s often a Motorboat lying around the docks near Coral Cove. With that in mind, you have a chance to drive to the other two destinations in that vehicle as well.

Remember that in order to complete this Week 5 Challenge you must visit all three of these landmarks in a single match. Approach using a land or air vehicle, and you should have no problem getting credit for the deed.

Coral Cove
This sizable island southwest of the Shark. 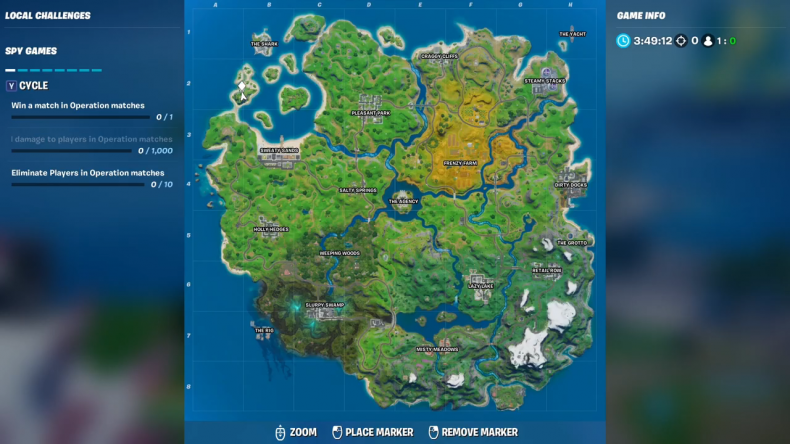 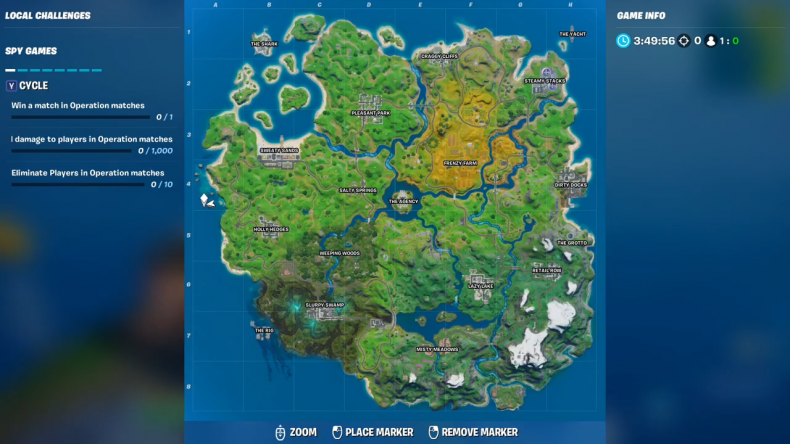 You’ll find Stack Shack on this little island to the west.
Epic Games 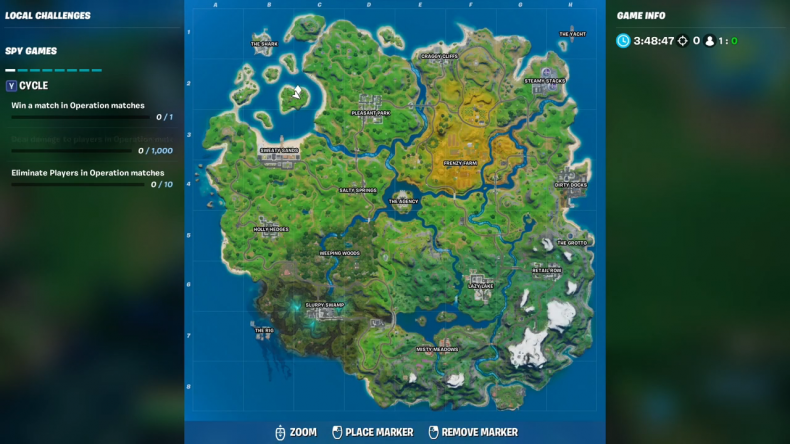 The Crash Site is southeast of the Shark.
Epic Games

All three locations are pretty close together, so just grab whatever vehicle you can find and go for a little joyride. Do that, and this Meowscles Mischief Challenge is done.

The task of visiting Coral Cove, Stack Shack and Crash site without swimming is just one of several Meowscles Mischief Challenges for Week 5. Here’s the full list of objectives in case you missed it.

That’s all there is to know about visiting Coral Cove, Stack Shack and Crash Site without swimming in Fortnite.

What are your thoughts on the Meowscles Mischief Challenges? Were you able to visit all three locations without swimming? Tell us in the comments section!

What is in the Fortnite Item Shop today? Triggerfish is back on March 21

Fortnite C2S3 may end with major HighTower event: Here’s what we know

PUBG player disappointed after opening 200 crates but was he unlucky?

Fortnite to get faster with the partnership of NVIDIA andEpic Games