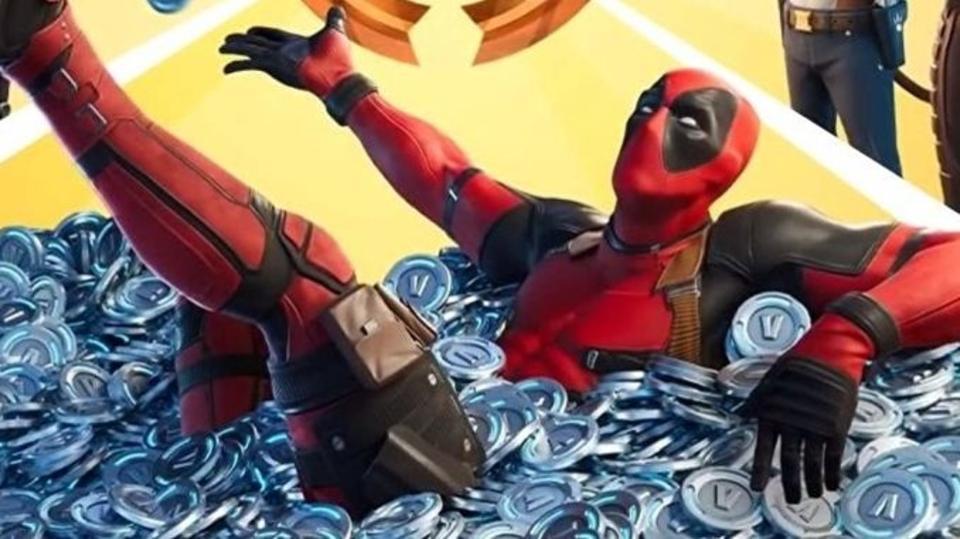 Well, it took seven weeks to get here, but as of this Thursday, players will finally be able to be Deadpool in the game, thanks to a new batch of challenges which will unlock the skin.

These have just leaked online, and will get you the skin at long last. Here are the two challenges this week:

So, given that the two katanas were found separately in the base, I assume the same will be the case for Deadpool’s two pistols, but nothing is ever all that hard to find in HQ, frankly.

I am curious if Epic has done some specific Epic-ish thing where they have rigged it so that for this final challenge you enter a phone booth or portapotty wearing your normal skin and it live transitions you to the Deadpool skin in the game itself. That would be kind of unthinkable in other games, but it’s the sort of technical trick I could see Epic trying to pull off in the Unreal engine.

This is not the end for Deadpool in Fortnite Chapter 2, season 2 here. There are more challenges next week that unlock a mask-less version of Deadpool so we can see his (less than pretty) face. There are also leaked models that will transform both the battle bus and the Yacht into being Deadpool themed, and there’s some sort of in-game “Deadpool’s Yacht Party” event that we will be asked to attend. Not sure if this is one of those “one time only” things or if this might be an ongoing thing that happens for a longer period of time.

Regardless, it will be nice to final get our hands on Deadpool at last. Oh, I almost forgot, his dual pistols are being added to the game as well, so expect those to show up as a new dropped weapon at some point, possibly as soon as this Thursday when the skin itself launches. Looking forward to testing him out and seeing if Epic has baked any surprises for the skin, which seems like something they would do.

We will see if the Deadpool party continues all throughout the rest of Season 2 here, or if we maybe have one more week before things die down and we move onto the SHADOW vs. GHOST finale.

Apparently You Can Play “Fortnite” On The Atari VCS