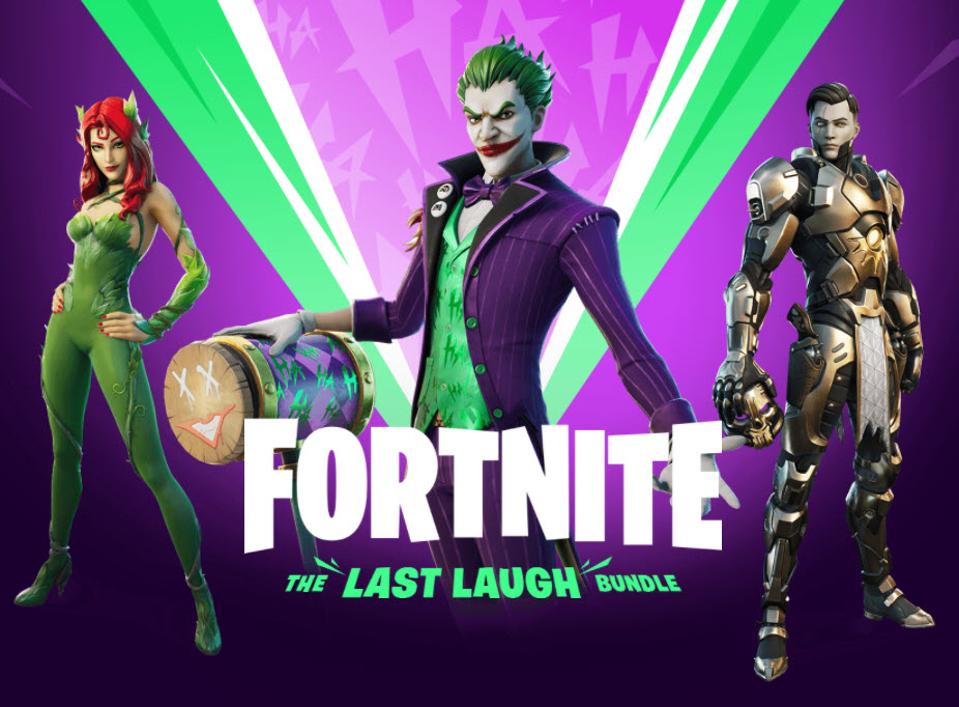 I’m not sure if Fortnite’s Marvel season was supposed to last this long, but it’s still going and has now overlapped with a comic rival in a kind of funny way. Epic has just put the DC skin bundle, the Last Laugh set, online now at the tail end of its Marvel-centric season.

It’s meant to be sort of the “Christmas gift” package for the Fortnite fan in your life. Right now, it’s not appearing in the store in the game, but the page says it’s available “at retail” and you can literally buy a game box for the bundle that will…give you a digital code.

This bundle is $30 and includes:

Fortnite has relationships with both Marvel and DC, though lately, has been leaning more into Marvel with an entire season devoted to the IP and a dozen new skins from it. But they’ve done many DC skins and events in the past, and Joker and Poison Ivy join Batman, Catwoman, Harley Quinn and Aquaman as DC skins. In Fortnite’s quest to become the Metaverse, it wants to keep blending all these universes together as much as possible. There’s no word on if we might get a DC season in the future to match this Marvel one, but I’m certainly not going to rule it out.

Everyone expects this current season of Fortnite to end with Galactus showing up to nuke half the map in some sort of massive event, which may take place at the end of the month. But if you want to be playing as Poison Ivy or Joker as that happens for some world-bending, pick up this bundle. I wish they had a third DC character instead of another Midas skin, and I’m not quite sure why that decision was made.

You can buy this bundle now on places like Amazon, but hopefully it will appear in the store at some point once they do this retail launch first. Stay tuned for more information on that, or maybe look for it at store reset later today.

Update: Apparently this will be made available digitally “later this year.”

This Week’s Wolverine #5 Has An Official Fortnite Marvel Crossover

1 vs 3; Best Ever Clutch in PUBG Map Erangel