Fortnite is a very different game than it was just a month ago thanks to the new beginnings of Chapter Two. But not all change is good, especially when it comes to how different the game’s popular Magma wrap now looks.

The change was pointed out by a Reddit user and the difference is pretty stark. It’s up to interpretation whether you like the new look, but many replies in the thread make it seem like players dislike it. One fan even said that the new Magma wrap looks like baked beans. 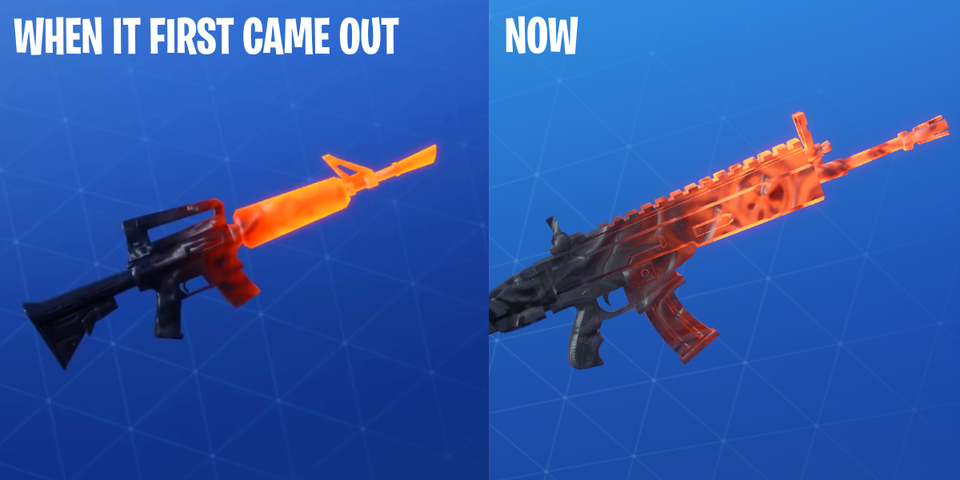 Magma was initially released on March 28 and it was very popular right out of the gate.

Too hot to handle! Grab the new Magma Wrap available in the Item Shop along with the Three Strikes Set! https://t.co/0ypgF9iRki

Part of Fortnite’s Chapter Two rebirth has been a slight overhaul to how the game’s graphics look and it appears that this wrap’s new appearance could be a product of that.

But it brings up an interesting point: If you bought something for how it looked once and now it looks very different, should you be able to refund it if you don’t like the new appearance?

It’s possible that Epic Games may give players an option to refund or return the item if there’s enough of an uproar about it. But for now, players will just have to keep an eye out for what’s to come in Chapter Two.

Where is Gorgeous Gorge Waterfall in Fortnite?