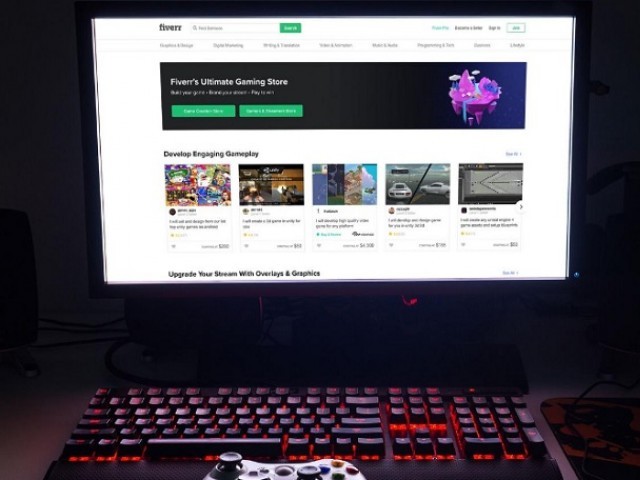 Fiverr International is tapping into the phenomenal success of “Fortnite” and “PUBG” by hooking up players with online gaming experts, who will help them up their game while helping the company make some money in the process.

Fiverr on Thursday unveiled an online store focused on the booming interest in video and mobile games that will let game experts sell their special skill sets to prospective players.

Fortnite and PUBG have been worldwide runaway successes. Both games have an arena-style survival concept, called “battle royale”, where 100 gamers are dropped onto an island to fight each other for survival.

From as little as $5, players can enrol on the site to learn survival skills and how to choose the best landing spots and guns.

Founded in 2010, Fiverr makes money from commissions by connecting people with professionals offering various services on its freelance services platform.

Along with game coaching, buyers and sellers can trade “gigs”, or services in 30 categories ranging from developing a game to polishing game streaming on platforms such as Twitch.

The gaming industry, which has seen massive growth in the past few years, is now dominated by last-man-standing multiplayer games that generate hundreds of millions in revenue by selling character outfits and add-ons.

Fortnite was launched in 2017 and its popularity has pushed the valuation of its publisher Epic Games to $15 billion in a funding round last year. Gamers have also flocked to Electronic Arts Inc’s Apex Legends and Tencent Holdings’ “PlayerUnknown’s Battlegrounds” (PUBG).

“We want to help power the current growth that exists in the broader gaming industry, with the freelance talent and services to help game creators meet their needs,” Fiverr Chief Executive Officer Micha Kaufman said.

Play Fortnite at a super-smooth 120Hz on iPad Pro