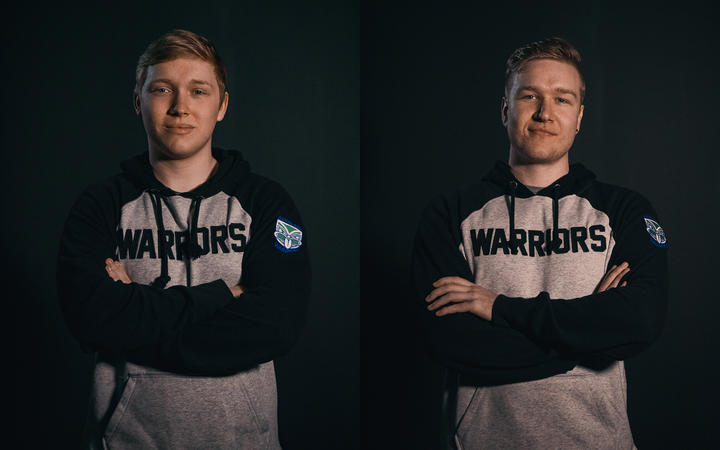 Chris Hunt, 18, wakes up at around midday each day. He goes to the gym for about an hour, and from 2pm until 2am he watches and plays Fortnite. This is work for him. Much-needed study and practice to prepare himself to go head-to-head with the world’s elite competitive Fortnite players.

Hunt’s gaming moniker is CoverH and together with 23-year-old Sam Pearson, AKA Twizz, they are set to represent New Zealand at the Fortnite World Cup finals this weekend in New York.

They are one of the top 50 Duo teams competing for a share in the US$30 million ($44.5 million) prize pool offered up by Epic Games, the studio behind Fortnite.

The pair are two of the older players to qualify for the finals, the average age being 16 years old and the youngest competitors just 13.

Before qualifying, Hunt was studying computer science, but realised he’d quickly fall behind the rest of the players if he didn’t dedicate all his time to Fortnite.

Sam Pearson had been streaming full-time for a year, making $400 to $500 a week from people paying to subscribe to his Twitch channel and community donations.

“You’re out there providing the content and they feel fit to donate and to support that content financially.”

After six months playing duos with Hunt, he’d decided to take two weeks off streaming to concentrate on qualifying for the World Cup.

“It’s a lot harder to take ego out of practice when you’re streaming because obviously people are watching, people are judging what you’re doing. It can make it harder to purely focus on the game and on practice.”

Practice was at least six hours every day for those two weeks, with as much organised competitive play, or scrims, as they could manage.

“The relief after we qualified was tremendous, after putting in tonnes of practice, and putting in the hours, to see it pay off and for us to qualify was probably one of the biggest sighs of relief I’ve ever done … it felt pretty good.”

Pearson is based in Lower Hutt while Hunt lives in Auckland, but the pair made sure to link up before leaving for New York so they could get some experience playing together in the same room.

“It’s important to build that synergy between each other,” Pearson said. “There’s a big difference between playing with each other online where you can’t really see what the other person is doing.

“But when you’re in the same room and you’re playing next to each other and someone gets an elimination and you take down a team and he gets excited, you both get excited, you feed off each other’s energy.”

It also made it easier to give and accept critiques. “We can see that there is no malice in the critique. It is just for the gameplay and we can build that team synergy with each other. It’s really important,” Pearson said.

Hunt said when they first began playing together, he was a lot more aggressive and mechanical and Mr Pearson was more passive, smarter in his gameplay. “He has a lot more game sense than me.”

He said they’ve since leeched off each other’s skills and are now both very good at either of those options. He has become more strategic, and Pearson has improved at building and editing those builds.

The pair have been recently signed by the Warriors ESports team. It was the Warriors who provided them the space to practice together, as well as what Pearson said was very important mental support and in-depth discussions with other gamers, analysts and coaches about their game-plan.

Hunt believed New Zealanders might be considered underdogs in Esports. New Zealand gamers play on OCE, or Oceania servers. Compared to North America or Europe servers for example, there are a lot less players, “so the practice is never going to be as high quality”.

They’ve also been preparing for LAN (local area network) based play-style. The nature of playing a game over the internet based on split-second reactions like Fortnite means people with a better connection, or lower latency, will inherently have an advantage.

For example, this Reddit analysis shows that almost all qualified solo players have on average less than 30 ping. Ping is a measure of latency and the lower ping, the better.

Shifting the competition to LAN, as it will be in New York, levels the playing field in terms of latency. Pearson said the play style they’ve developed over the last six months was quite a LAN-based style, which meant not being overly aggressive in the fights they took and giving respect to every player in the lobby.

This is so interesting to look at.

I wonder how the map will be different in New York..

Surely we all want to avoid early game fights right? Hard to know what is and isnt contested from OCE.

A few spots that are free… time to start learning

“We’re not super experienced on LAN, especially not an event of this calibre, we’ve barely seen anything like it. It’s going to be humongous, but the best we can do is tighten up our game and make our game as solid as we can and be as confident as we can and go in and give it our best.”

The Fornite World Cup finals are being held at the home of the US Open tennis championship, the Arthur Ashe stadium, which has a capacity of more than 23,000.

“I’m excited to have this opportunity to represent the people who have supported me and my Fortnite journey, our country, the Warriorsand experiencing one of the biggest eSports events in history and feeling the energy of the crowd and the stage and the game. I’m just really looking forward to it,” Pearson said.

“It will be a big change from playing in my room compared to in front of a stage in front of 20,000 people,” said Hunt.

*The Fortnite World Cup Finals will be broadcast live on Twitch, Youtube, Twitter, Facebook, and within the game itself. The Duos competition will begin 5am on 28 July and the Solos competition 5am 29 July.

Fortnite Chapter 2 Season 5: When Does It End?

How to get free V-Bucks in Fortnite