PUBG MOBILE has recently collaborated with Godzilla: King of Monsters for some special gameplay content. Players will able to find several Godzilla-themed contents in the game. 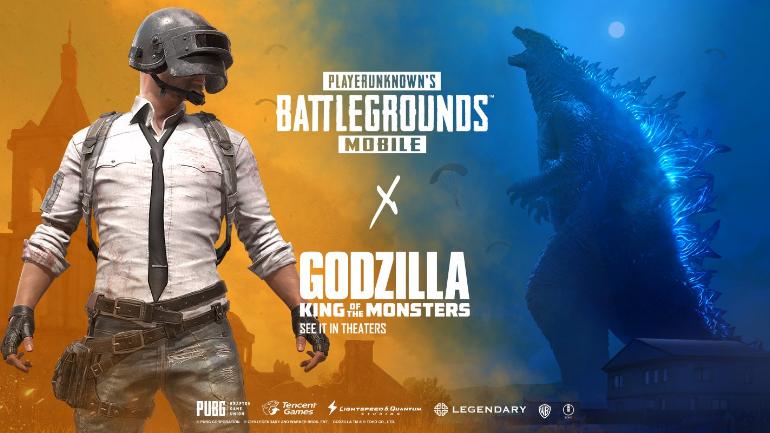 PUBG MOBILE’s latest collaboration is with the movie Godzilla: King of Monsters.Players will be able to witness many Godzilla-themed stuff in the game.There are chances that players may be able to fight a Godzilla in a later update.

If you have been playing PUBG MOBILE for a while, you must have been quite used to the special collaborations the developers have made with several popular movie and game franchises. Last year, the game involved some Mission Impossible-themed content after the movie was released. Similarly, early this year, we got a lot of zombies after the collaboration with the Resident Evil franchise. Now, it’s time for the Godzilla to step into the world of PUBG MOBILE.

In its latest collaboration, PUBG MOBILE has joined hands with the team of the upcoming movie – Godzilla: King of Monsters. And to celebrate the release of the movie, the game has received new additions, all themed around the new Godzilla movie. The new content doesn’t require downloading any massive update from the PlayStore but the game may download an update once you open it.

The PUBG MOBILE team has shared a few details about what players can expect in the game and how the experience will be fortified. A new trailer celebrating the collaboration has also been released by PUBG MOBILE and it seems that there might not be much of a difference with this collaboration when compared to the previous ones.

First things first – you can’t kill a Godzilla in the game. Although it would have been cool to fight out two Godzillas with your team in game, the closest you will ever get to see a Godzilla in this game will be the spike-filled back of a Godzilla from the movie on the horizon. However, the Erangel map will be filled with Godzilla marks which the players are required to find in the game.

Apart from that, you will stumble across gear that have been used in the movie to find the Godzilla. You will also be able to collect Godzilla-themed items from the store.

However, if you are disappointed, then hold your attention. In an earlier tweet, PUBG MOBILE said, “Another collaboration is here! We are thrilled to announce the crossover between PUBG MOBILE and Godzilla: King of the Monsters! Parachute in to find clues of Godzilla’s imminent arrival. See Godzilla: King of the Monsters in theaters May 31st!” If you read between the lines, you might be able to understand that the developers are hinting at a game mode where players could actually get to fight the Godzilla. That said, this is still unconfirmed and it is unwise to expect anything more at this moment.