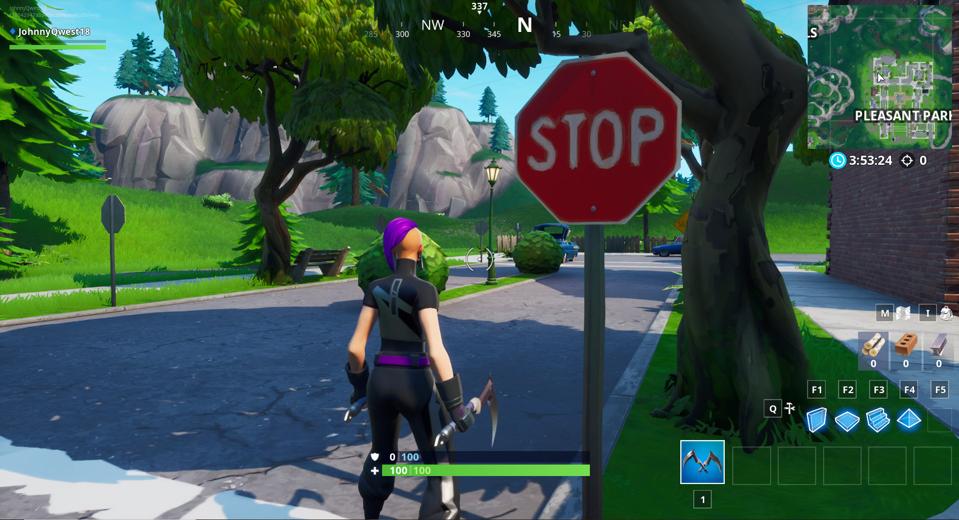 The first week of Fortnite season 10 brought with it a challenge that was a little bit harder than I was expecting. Players are asked to destroy 10 stop signs on the map with the Catalyst (Tier 1) skin. I thought they’d be everywhere, but when I wrote my guide for it, I found that they were only in four locations, Mega Mall, Salty Springs, Paradise Palms and Pleasant Park.

A new addition to season 10 of Fortnite is that you now have “Prestige Missions,” where once you finish the challenges, you have to essentially re-do them in a slightly (or much) harder fashion. In this case, the Prestige version of the stop sign challenge has you taking out 7 stop signs in a single game.

This is difficult if you don’t know the exact locations of these signs, not just their general vicinity. And there’s really only one place where this can be done relatively easily.

That would be Pleasant Park, which has more than the 4-5 stop signs I initially found there. Rather, it has 13 in total, and I thought it would be helpful to make a map of exactly where those are, given that this is a tough challenge to do if you have to dodge bullets while doing it. So you really want to know where you’re going.

Here’s a map showing precisely where each of these stop signs are, many of which are clustered together at intersections in the zone: 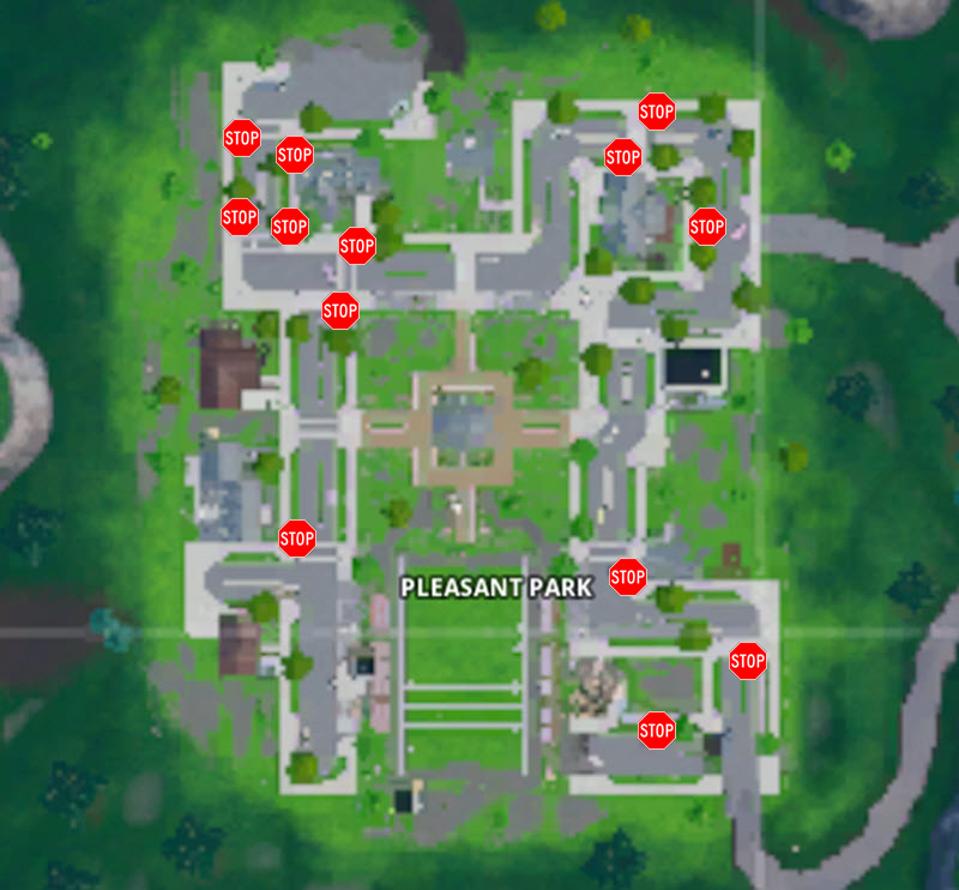 Your best bet to get 7 quickly before you have a chance to get shot is to land in the north west corner of Pleasant, get the six that are right there and then sprint down either south or east in order to snag one more. You should be able to get this done with any combat skill or a bit of luck before someone blows you up. The base challenge for 10 means you can just keep landing in this spot on repeat until you get them, as they don’t have to be different stop signs.

It remains weird to me that some locations, Happy Hamlet, Lucky Landing, Snobby Shores, Neo Tilted, with cars and streets don’t have stop signs at all, but I guess that’s what makes this challenging in part.

I hope this mini guide helped you out with what is otherwise kind of a difficult Prestige Mission. I know that some of these are bound to drive people crazy as the season goes on and they get harder and harder, but we’ll see.

All Fortnite error codes and how to fix them

Fortnite Batman event leaked and it could be coming soon