How And Where To Access Doctor Doom’s Vault In ‘Fortnite’ 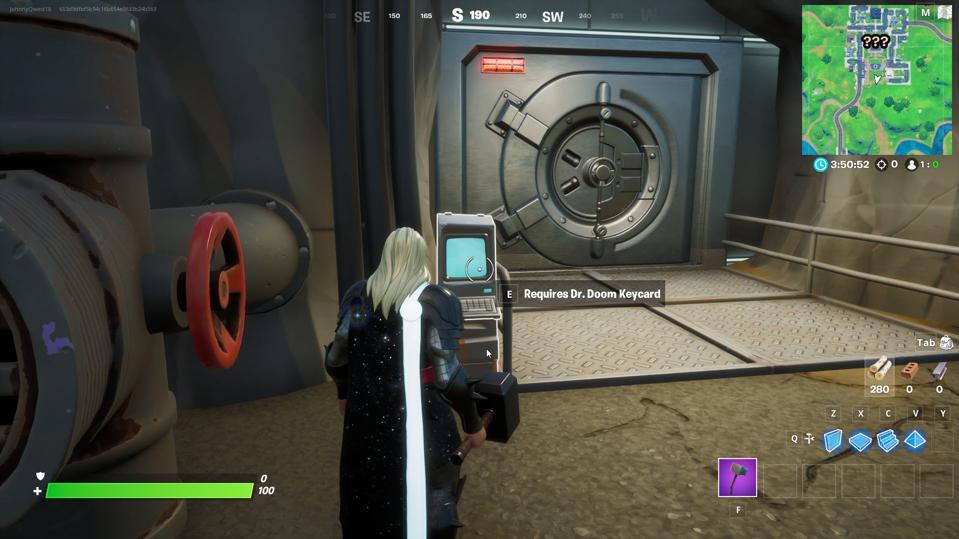 Here’s how to access Doctor Doom’s vault in Fortnite for the Week 7 challenges.

It’s a doom-and-gloom week in Fortnite. Week 7 is upon us and among the new weekly challenges is one that sends us into grave, grave peril.

In order to complete this week’s challenges you will need to find a way into Doctor Doom’s vault. In order to do that you’ll need to do one of three things, and neither is easy.

You’ll either need to go to Doctor Doom’s mansion and kill the boss in one of the toughest—most perilous—boss fights in the game or you’ll need to wait until other players have done this and then kill them.

The third, and easiest option, is leaving it up to luck and hoping that other players have killed Doctor Doom, taken his Mythic Powers and the vault key card, and then opened it up already. Then you can simply enter the vault after the fact and pick up any leftover gear laying about.

See all the week 7 challenges here. Check out where to find cobwebs at the Authority here. And here’s the location of Stark’s laboratory.

But that relies on other players and the timing and placement of the Storm and all of that. It’s also weaksauce. If you plan on entering the vault, do it like a warrior. Kill the boss, take what’s his and then fight your way to his treasure trove.

Here’s a map to show where you’ll find Doctor Doom and his vault: 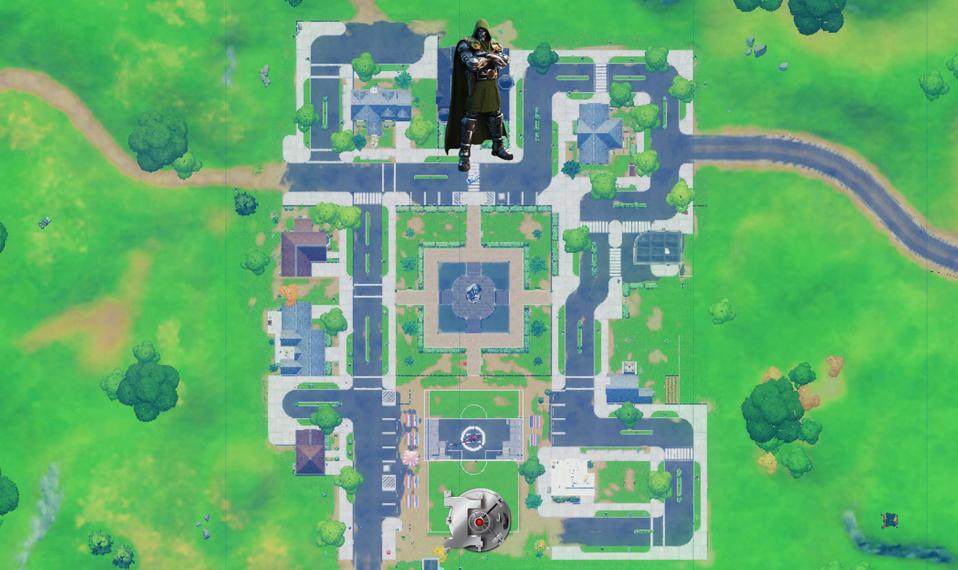 Doctor Doom can be found in the Named Location formerly known as Pleasant Park, now known as Doctor Doom’s Domain. You’ll find him in the mansion at the northernmost central part of the map.

The vault, meanwhile, is beneath the soccer field. You can enter where the helicopter pad is located and then make your way south to the vault which is guarded by Doom’s henchmen. You’ll need the keycard to enter unless someone has been here already. The henchmen are easy to take down if you’re prepared.

One tip: There’s a phonebooth to the west of the soccer field that transforms you into a henchmen, allowing you to enter either the vault area or the mansion without being detected by security. This can give you the drop on Doctor Doom and an easier path to his vault.

And that’s all folks! Happy hunting out there, young padawans!

Fortnite: What Epic Has in Store for the Upcoming Months

Fortnite Doom's Domain Vault location and how to open it with Doctor Doom's Keycard • Eurogamer.net

Birds of Prey Coming to Fortnite