Home > News > How to complete the Fortnitemares challenge?

How to complete the Fortnitemares challenge?

Epic Games recently brought back Fortnitemares, the game’s annual Halloween-themed event which introduces fans to plenty of new content. As part of the annual event, developers have been adding a number of special challenges to the battle royale that offers exciting cosmetic rewards and a good amount of XP.

The gaming company has now introduced the final set of challenges for the Fortnitemares event that will be live in the game for a few days. One of the challenges requires players to visit the Witch Shack locations around the map; however, it does not specify the exact locations that players need to visit. With that said, it is likely that most players will have trouble locating the Witch Shacks that are spread around the island. So, let us quickly walk you through all the Witch Shack locations on the Fortnite map.

Also Read | Blinding Lights Emote: How To Get The New Dance Emote In Fortnite?

Where are the Witch Shacks in Fortnite?

There is a total of Witch Shacks around Fortnite island, but you are required to visit just three of them. The Witch Shacks are located at almost every corner of the map; however, it is recommended that you visit ones that are close to each other. The yellow circles on the map indicate the seven Witch Shacks across the island.

Also Read | How Many People Play Fortnite? Does It Still Retain Its Huge Popularity? 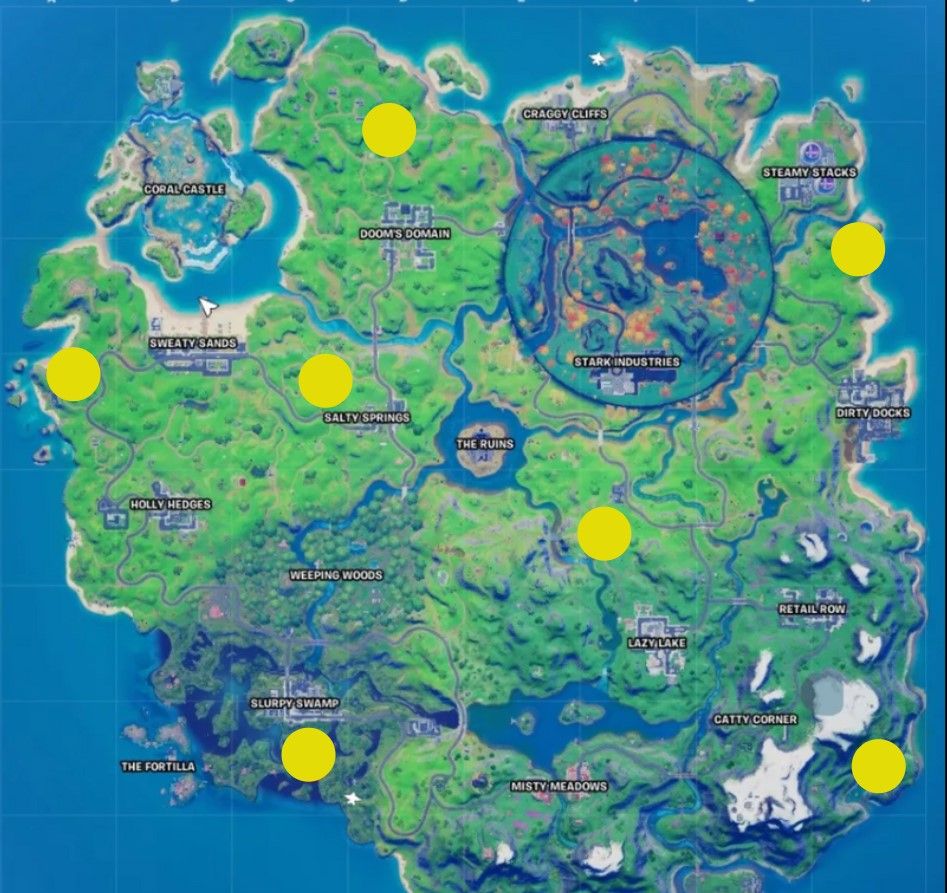 Once you drop at each location, you will need to make sure that you get close enough to the shack in order for it to count. You will receive a notification indicating that your visit has been registered in the game, post which you can head over to the next Witch Shack location on the map.

The game will also notify you once the challenge is completed. Successful completion of the challenge will reward players with 40,000 XP. Players can complete a series of Fortnitemares challenges this week to unlock a variety of rewards such as free XP and different cosmetics items.

The Fortnitemares event 2020 is set to end on November 2, 2020, which means that you only have a few more days to complete these challenges and bag the rewards.

Also Read | Skull Squad Pack Has Arrived In Fortnite: How Much Does It Cost And How To Get It?

How To Complete Fortnitemares 2020 Challenges!

PUBG takes a toll on young minds – The Shillong Times

Fortnite To Fix Pricing Of The Controversial Skin And Make Refunds

Fortnite: How Bugha Met Avery Thanks to Tfue