Home > News > How to play Fortnite on Mac

How to play Fortnite on Mac

While gameplay plays a vital role in whether a game title becomes successful, it isn’t the only variable in the equation. Availability allows games to reach wider audiences, and Fortnite simply struck gold from the beginning.

The game’s system requirements were easily matched by lower-tier PCs, quickly transforming it into a sensation. Epic Games was also quick when it came to introducing the game to other platforms like consoles and mobile devices, making it accessible to pretty much everyone.

Mac devices are mostly known as productivity machines, but all gamers will naturally question whether their Mac can handle some degree of gaming. Macs have no troubles running indie titles, but Fortnite can look like a stretch since you’ll essentially be playing with 99 other players, effectively increasing the graphics that you’ll need to render.

Fortnite was optimized well for MacOS, though, meaning you’ll have a decent gaming experience. It’d be unfair to expect a gaming PC tier performance, but you’ll still be able to get some smooth frame rates.

Here’s how you can play Fortnite on your Mac.

Unlike other hit games like Among Us, Fortnite is fully optimized to work on macOS. Epic also bundled everything inside a simple installer, so if you’ve downloaded Fortnite on PC before, the process should be familiar and easy.

Head over to Fortnite’s webpage and click on the yellow “Download” icon toward the right top corner of your screen.Upon clicking the “Download” button, you’ll be asked which platform you’d like to play on. Select “PC/Mac” to continue.Click on “Sign In,” and you’ll then be asked to log in with your details. If you don’t have an Epic account, you can create one by clicking on the “Sign Up” option that works the best for you.After you enter your details, you’ll be navigated to a download page, and the “.dmg” file for the Epic Games launcher should start downloading automatically.If it doesn’t download automatically, you can choose the Mac icon on the list and initiate the downloading process yourself.Run the Epic installer “.dmg” file and drag the Epic Games Launcher icon to the Applications folder to complete the installation process.Open the Epic Games launcher and let it finish its updating process.Epic Games launcher should start on its own after the updating process, and you’ll need to navigate to “Library” to download Fortnite.If this is your first time installing Fortnite on your Epic account, you’ll need to open “Store” and search for “Fortnite” to add it to your library.Click on the “Install” button below Fortnite and start downloading the game.You’ll be able to launch Fortnite without any issues when the Epic Games launcher prompts you with a pop-up saying the game is ready to play.Though Fortnite does its best to adjust your settings according to your hardware, we still recommend taking a look at your graphical settings. Setting them to lower values will drastically increase your frames per second, and even some of the most competitive players prefer keeping everything at low since it helps them distinguish enemies faster.

Ensure that your hardware is powerful enough to run Fortnite since you won’t have an enjoyable gaming experience with a Mac that doesn’t satisfy the minimum system requirements. 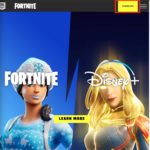 Can you play Fortnite on the new M1, silicon Macbooks?

While most developers still need time to make their games compatible with Apple’s newest chip, it didn’t take long for Epic to make Fortnite available on M1/silicon Mac devices. You can follow the same procedure above to install Epic Games launcher and install Fortnite on your silicon Mac afterward.

The performance is on par with previous generations and even better in some cases. The gaming performance of silicon Mac devices is expected to increase within the next generations, and more games should roll out for the chipset in the upcoming months.

Due to the recent feud between Epic and Apple, Fortnite players on Apple devices will need to resort to playing an older version of the game. This means that anyone playing Fortnite on their Mac won’t have access to the cross-platform feature of the game and will only be able to squad up with other players that are also playing on Apple devices.

Bully Emote Fortnite: How Much Does It Cost? - DBLTAP

Fortnite: How to signal the coral buddies

Fortnite, Apex and Minecraft Lead the Most Played Games of 2019