VMLY&R won the Grand Prix at The Drum Social Buzz Awards 2019 with its ‘Keep Fortnite Fresh’ campaign for Wendy’s. In this case study, the agency reveals the challenges faced and the strategies used to reach an audience that doesn’t want to be reached.

Younger consumers are revolutionizing the ways we produce, consume and think about entertainment. Through the online streaming platform Twitch, Fortnite has grown from a video game to the cultural hub for 12- to 24-year olds and a new form of interactive entertainment altogether.

This audience is creating entertainment for and by itself. It is adept at avoiding traditional advertising and highly skeptical of brands entering its cultural space. This poses a challenge to Wendy’s and all brands in the quick service restaurant category, because the younger consumer is eating in the QSR category most often.

How could we reach this important audience that doesn’t want to be reached? Our objective was to move beyond merely reaching the audience; we wanted to build relevance on its terms. 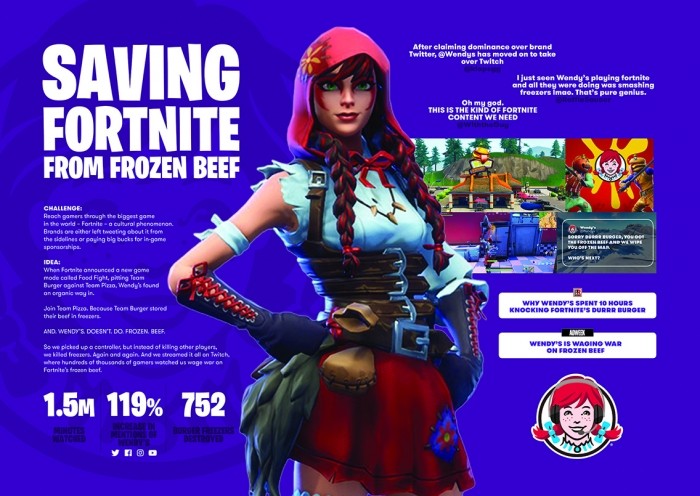 When Fortnite introduced a new game mode called Food Fight, we saw an organic way to insert Wendy’s into the game’s story and meet our audience in its world. In this game mode, proponents of the Fortnite universe’s two restaurants — Durr Burger and Pizza Pit — could represent Team Burger or Team Pizza in battle. We discovered that Durr Burger stored its virtual beef in freezers, a move directly against the fresh, never frozen beef for which Wendy’s is famous.

The game’s objective is to eliminate other players and be the last person standing. We decided to enter the fight on the side of Team Pizza, making it our objective to eliminate all burger freezers from the game. We played the game as Wendy’s, using it as a vehicle for our core brand messaging and virtually demonstrating our commitment to our core differentiator: fresh, never frozen beef.

Wendy’s time destroying in-game freezers amassed more than 1.5 million minutes watched. Our Twitch stream was viewed live more than a quarter of a million times. Viewers shared our stream, and mentions of Wendy’s increased by 119% across social platforms.

Wendy’s changed the way that the most popular video game is played and set the foundation for brands to authentically engage this audience on it (for better or worse). Even Twitch helped spread our mission by creating a highlight reel of Wendy’s destroying Fortnite freezers. And soon tens of thousands of gamers joined our mission and destroyed burger freezers in their own gameplay and documented it in user-generated content.

Most importantly, by playing the game with our audience and making such a splash, we changed it permanently. Game developers removed the in-game burger freezers from Fortnite, thus ridding this (virtual) world of frozen beef.

This project won the Grand Prix at The Drum Social Buzz Awards 2019.

// Featured in this article 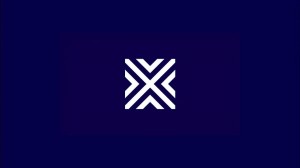 VMLY&R is a global marketing agency that harnesses creativity, technology, and culture to create connected brands. The agency is made up of nearly 7,000 employees worldwide with principal offices …

Fortnite Hydro 16 location: Where to find the Hydro 16 dam for the Dive! challenges

Fortnite bug leaves players without a hope of getting revived

How to find the Fortnite Cube memorial locations