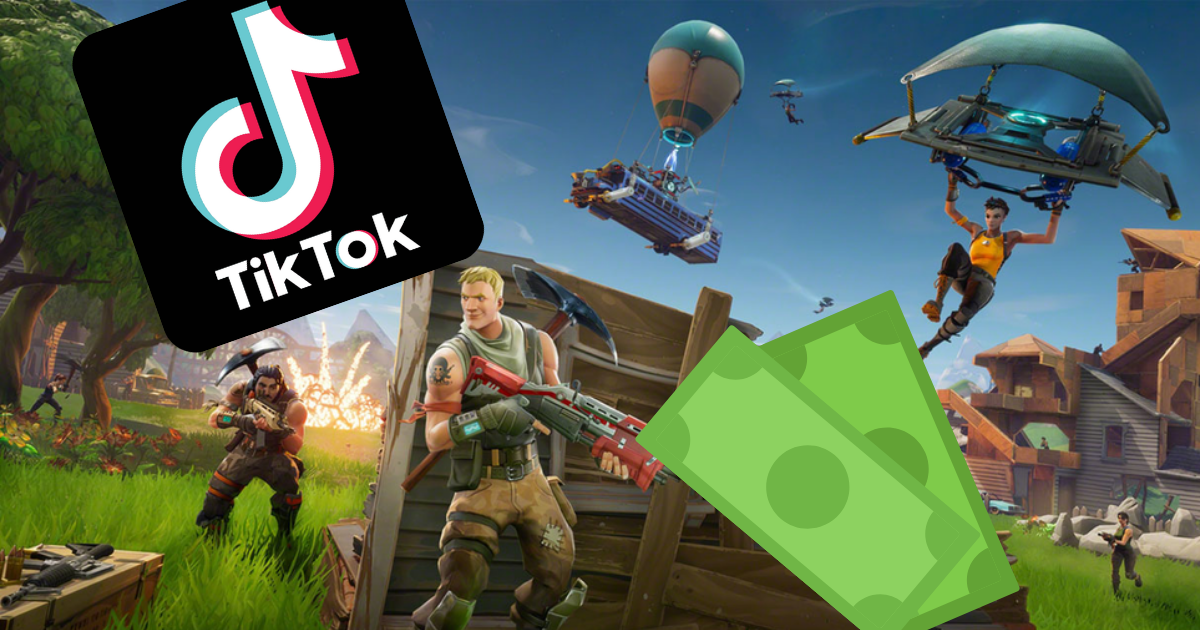 Microtransactions and Fortnite are two words that go very well together. However, they don’t always mix well, especially with minors who are not necessarily aware of the value of money and who waste their parents’ bank accounts for the sake of the skin and items. Recently, a kid who stole his mother’s bank card made the rounds of Tik Tok about the sums he’d spent on the battle royale … but also because of his mother’s reaction.

The video, which was streamed nearly 97,000 times on Tik Tok, has gone viral. We can see a TV screen with the Fortnite game menu appearing on it.

But without a doubt, the most noticeable aspect of the video is the amount of V-Bucks that appear on the screen and the screams of a particularly angry mother. And for good reason: his son appears to have bought 49,300 V-Bucks with the family credit card.

The video appears to have been posted by the child’s older brother, who is particularly enjoying the situation. This TikTok user replying to the pseudo Ksmashipper has repeatedly hijacked the background sound of his own video to create new humorous videos.

Amid her little brother’s tears and her mother’s curses, the object of her anger can be seen when she realizes the colossal amount her son has spent without his consent. A legitimate rage since 13,500 V-Bucks cost 79.99 on the PlayStation Store.

The young player had to spend the tidy sum of at least $ 300 to have that much money in the game. We can only understand his mother’s reaction for ordering him to go to bed by promising him that he will never touch his parents’ credit card …

Unfortunately, this type of incident is not uncommon, and in some cases much larger sums of money are reported. That said, these moments are (obviously) not necessarily immortalized on Tik Tok.

The impossible refund of microtransactions

To counter the phenomenon, publishers such as Electronic Arts recently proposed a tool that would allow gamers to set a spending limit. The system was integrated especially for FIFA 2021.

It remains to be seen if Epic Games would tend to add this option. In fact, microtransaction refunds are not on the agenda at all. Merely accepting the license agreement by creating a Fortnite account will void any recourse.

Fortnite 9.10 Content Update Out Now, Here Are The Patch Notes