CALL of Duty players got their first look at a new Fortnite-style game mode coming soon to the popular shooter.

US YouTuber Chaos released footage this morning of the “Warzone” mode, which you apparently won’t need a copy of Modern Warfare to play. 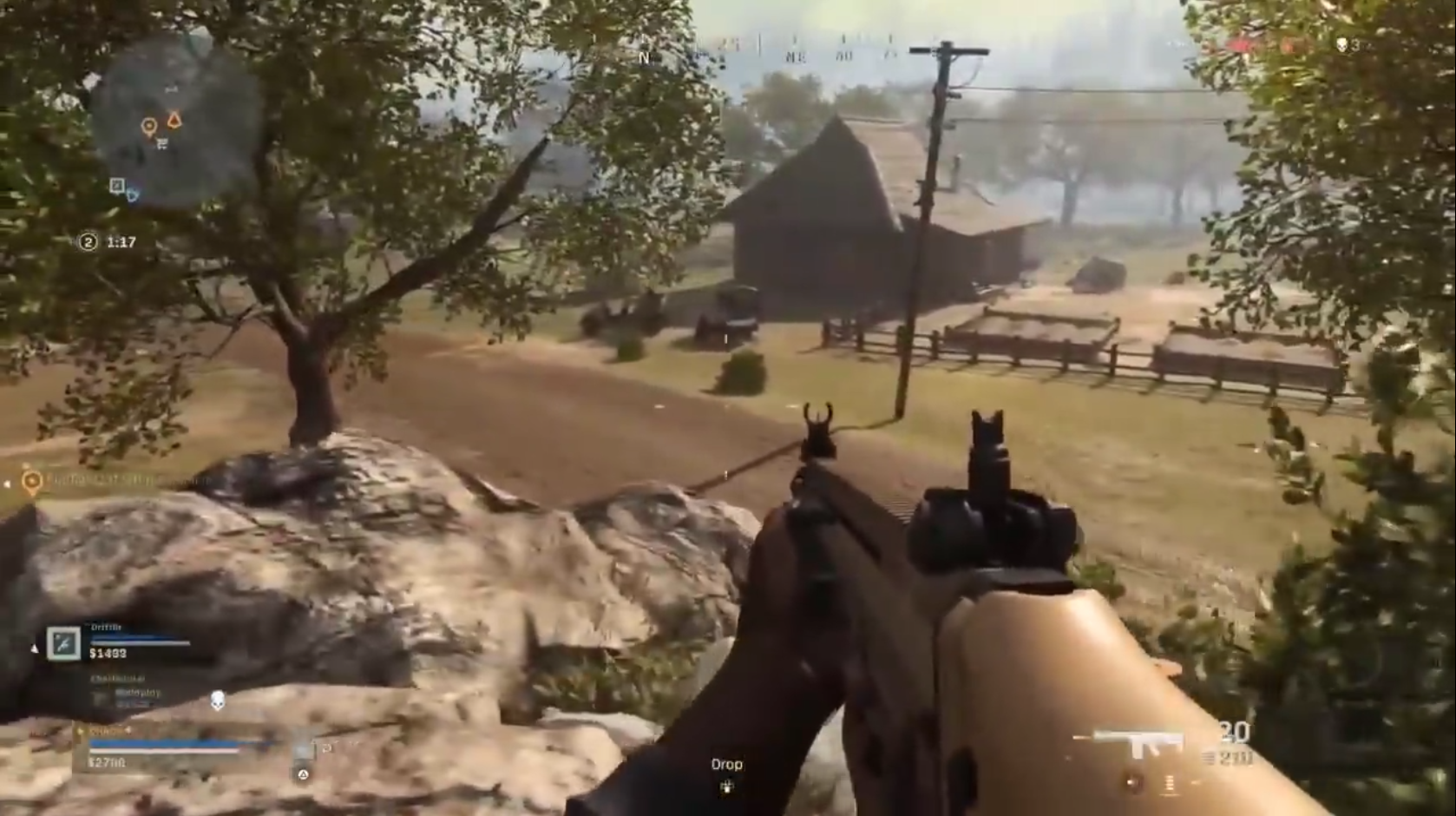 Video of a new Call of Duty mode has leaked online

Chaos, real name Jimmy Markowski, swiftly pulled the video, suggesting it was uploaded accidentally ahead of an agreed embargo.

Warzone takes on roughly the same rules as Fortnite, with players dropping into a huge map where they fight to be the last man standing.

The game zone has been rumoured for months and is expected to launch in the coming weeks.

Fortnite’s own Battle Royale mode helped make the game a huge success and it seems Infinity Ward, the studio behind Modern Warfare, is following suit. 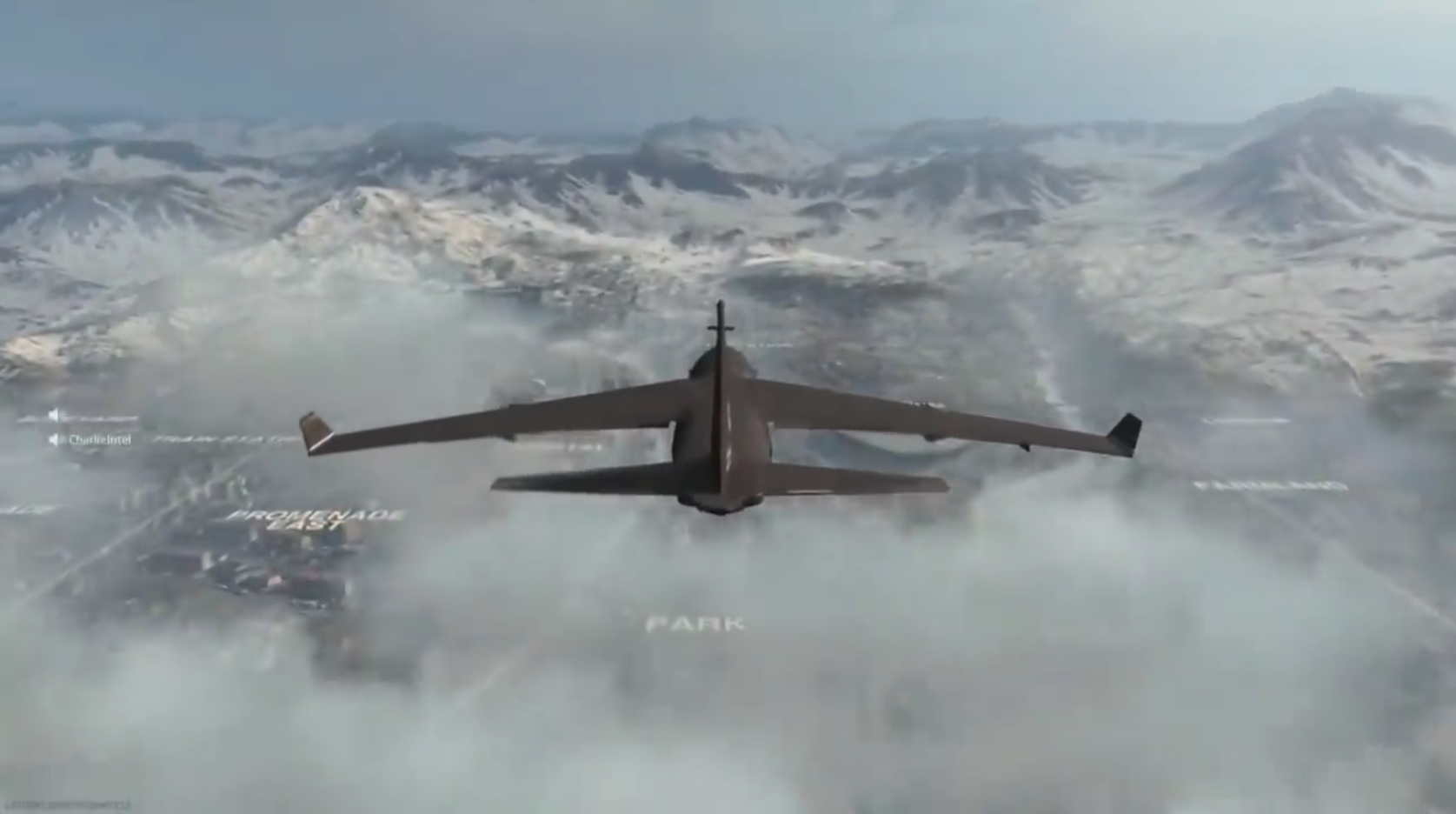 Dubbed Warzone, the mode is similar to Fortnite’s Battle Royale game mode. As in Fortnite, you start each match by dropping into a massive map from a plane 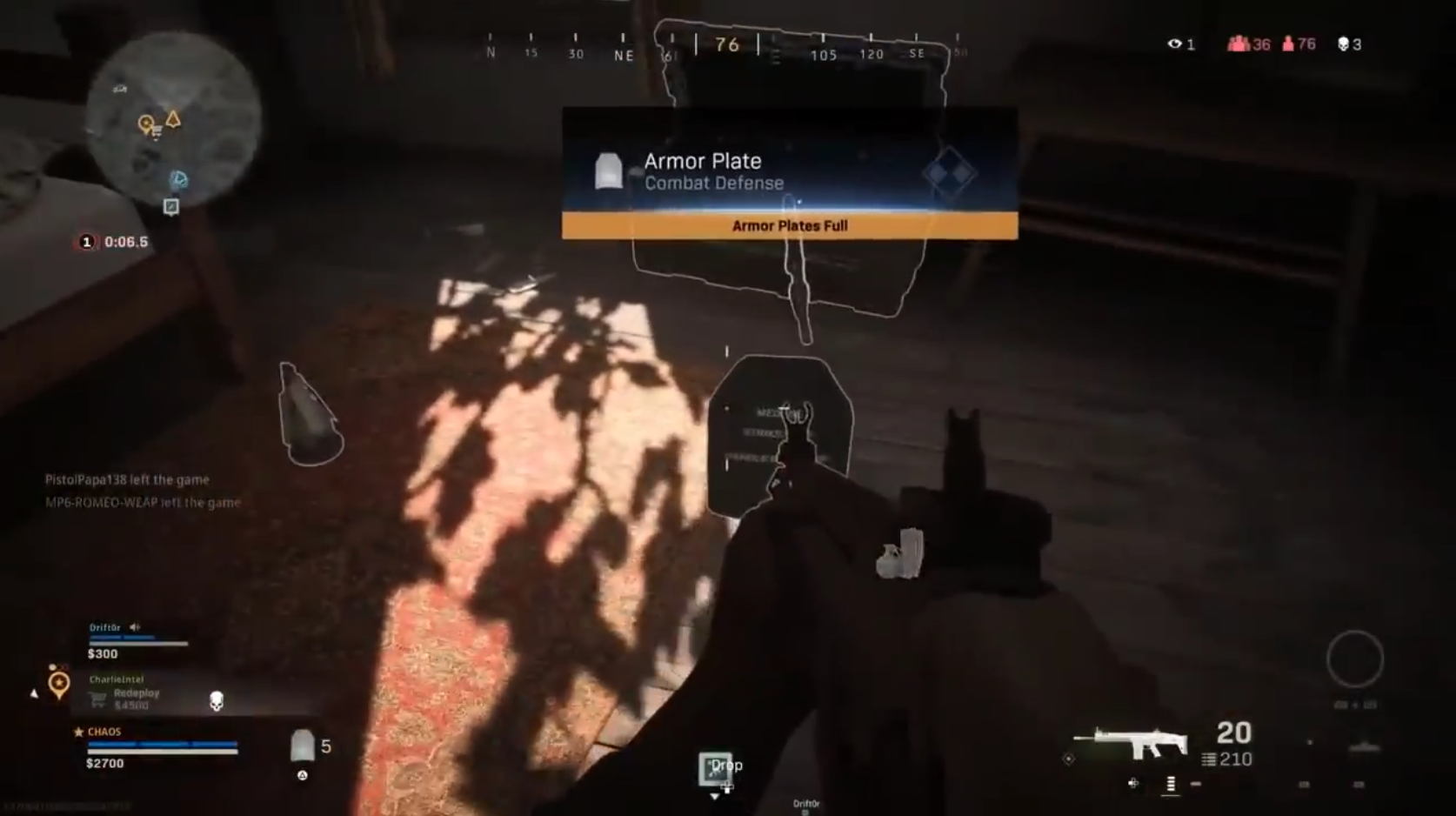 Once players have dropped into the map, they loot crates for new guns and armour

Speaking in the now-deleted video, Chaos told his 2.7million subscribers that he was invited by Infinity Ward to capture gameplay of Warzone ahead of its release.

“Warzone is a free-to-play Battle Royale game,” the 39-year-old said. “You can download it and play for free.”

He added: “You do not have to own Modern Warfare to play. If you don’t have Modern Warfare and have a PlayStation 4, you can go and download Warzone and play.”

Each game of Warzone supports up to 150 players in teams of no more than three. 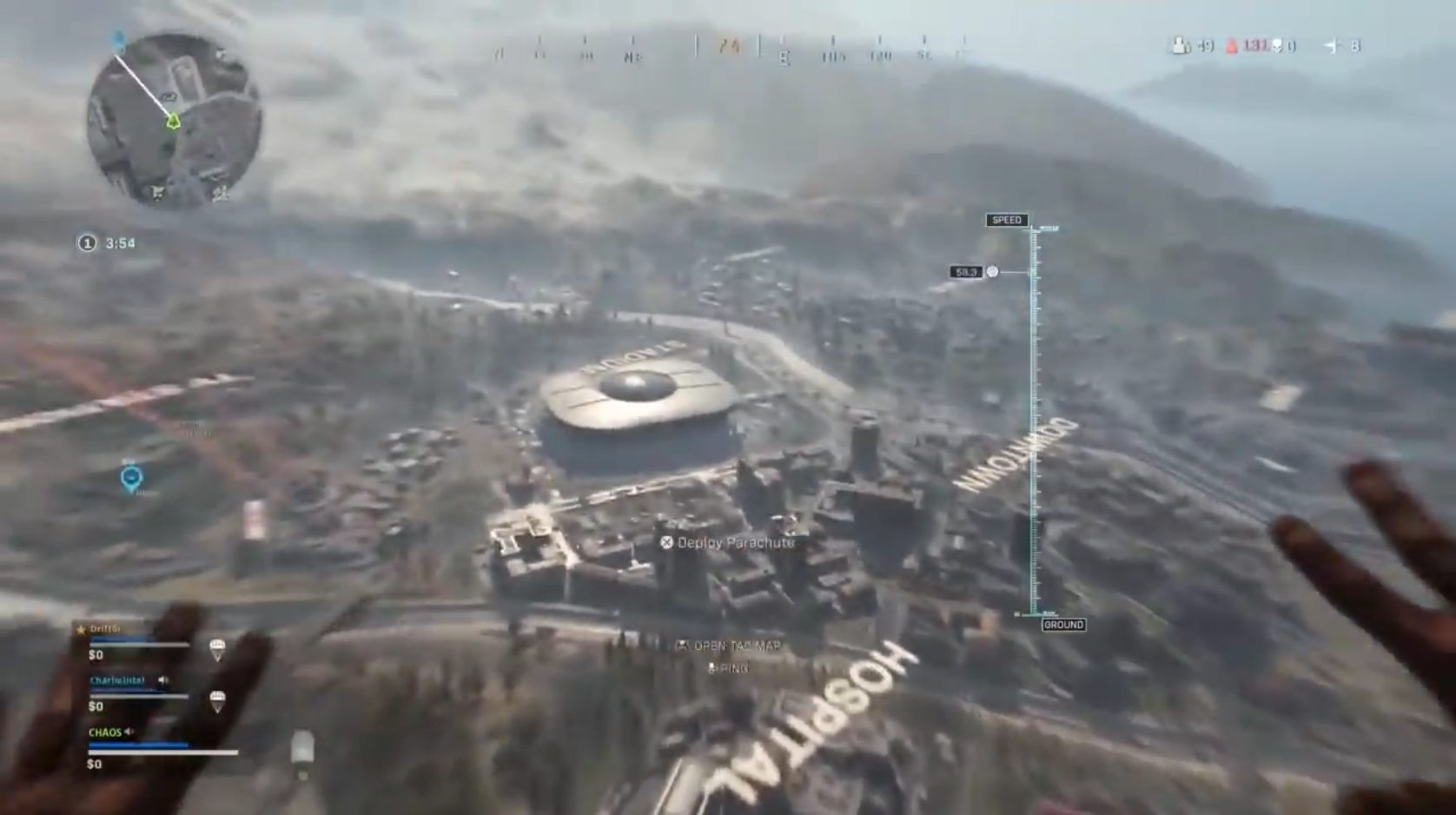 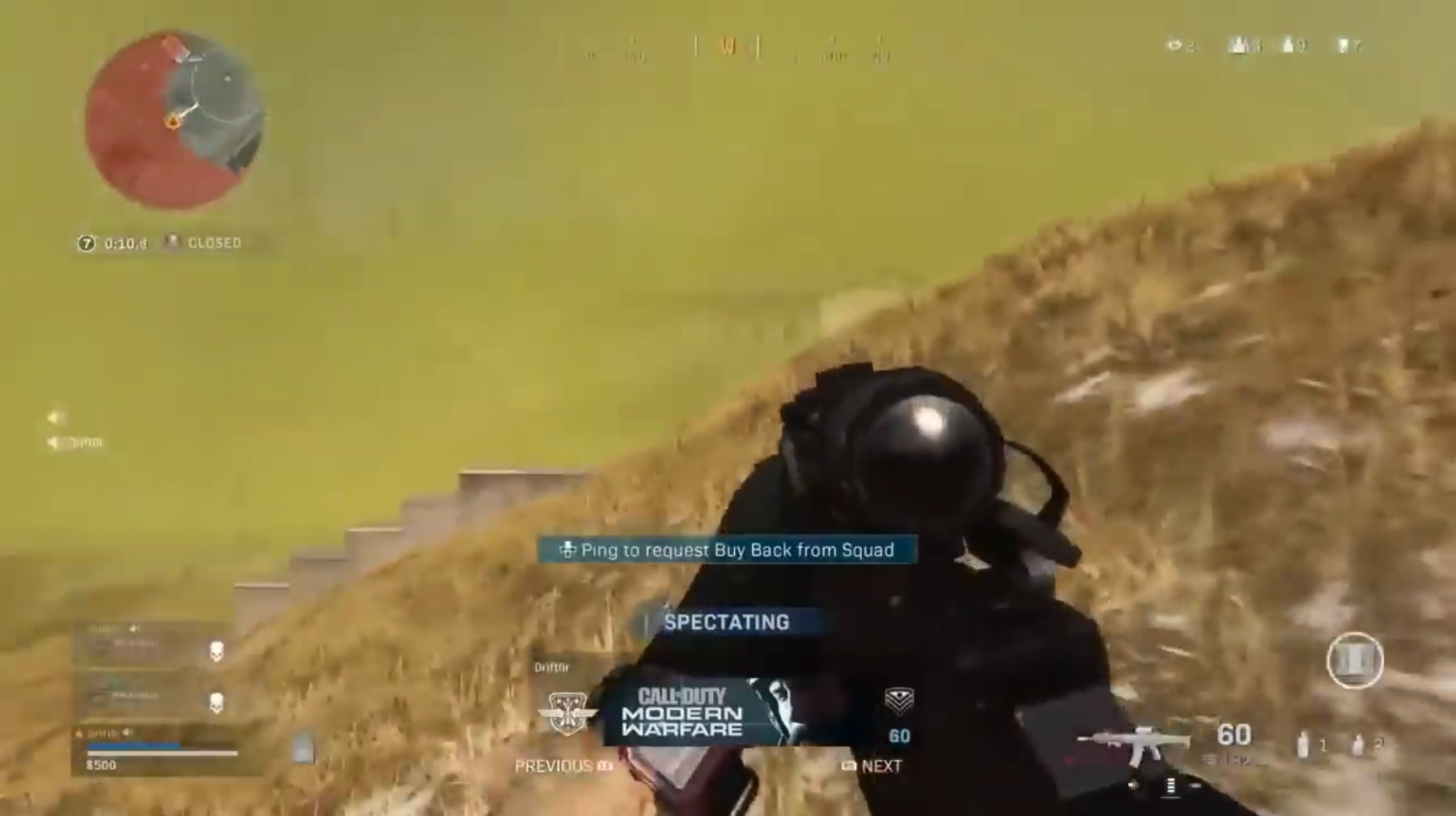 As the match goes on, players are gradually eliminated and the map gets smaller via an ever-tightening circle of poisonous gas that players must dodge to survive

Just like in Fornite, they all begin each match in a plane above the map before jumping out and parachuting to the battle below.

Players must then loot crates and other objects to gain new and more powerful items with which to defeat their foes.

As the match goes on, players are gradually eliminated and the map gets smaller via an ever-tightening circle of poisonous gas that players must dodge to survive.

Interestingly, the new game mode supports crossplay, which means players on PlayStation and Xbox will battle it out against one another.

With the vast majority of games, players on each console are confined to connecting only with other people using that same console.

There is only one Warzone map, though it looks more than big enough to keep players entertained for hours.

Apparently, the map is sprinkled with elements from “classic” Infinity Ward maps from previous Modern Warfare games, such as Broadcast, Terminal, Overgrown and Scrapyard. 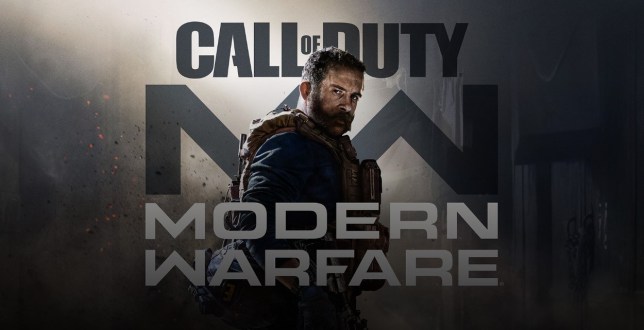 One area where the game really changes it up from Fortnite is the way it handles player deaths.

When you die, you enter the “Gulag”, where you’re pitted in a one-on-one fight against another player.

The intense battle takes place in a run-down set of prison shower stalls and whoever wins gets to drop back into the main map.

Other players who have died watch the action from a first-floor vantage point. 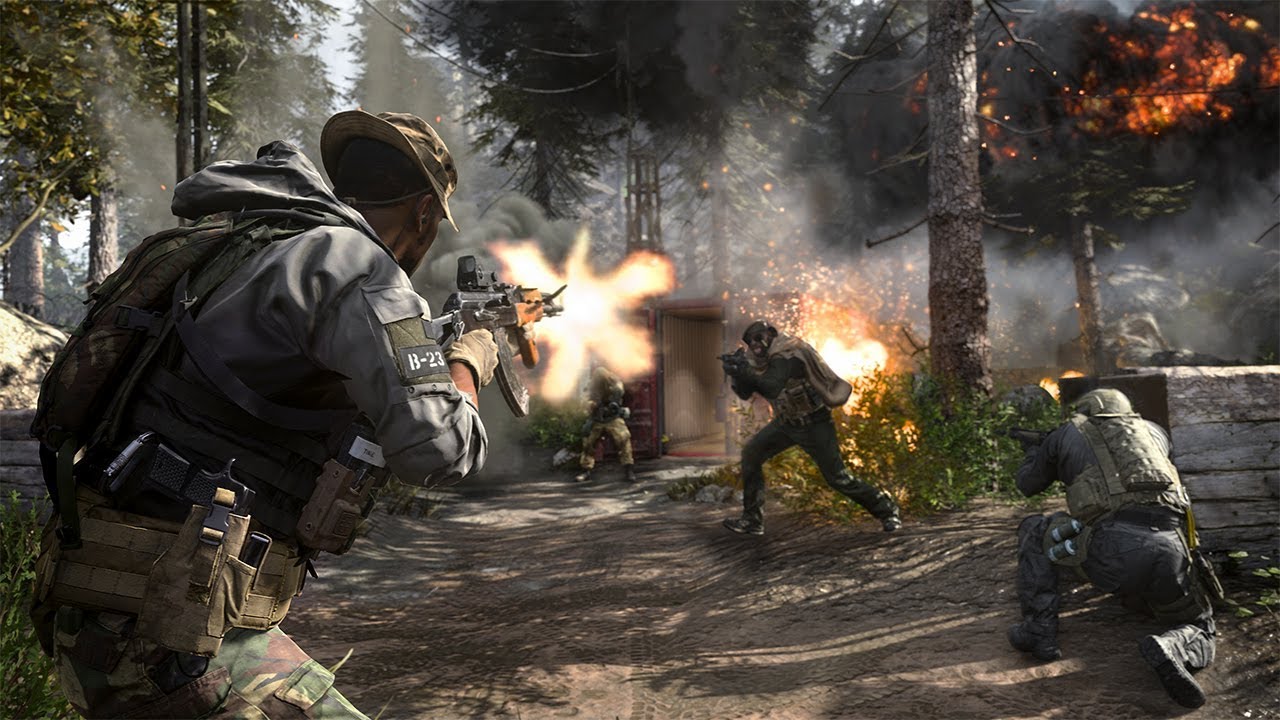 The new mode is rumoured for launch later this month

They can even throw rocks at the warring pair below to deal small amounts of damage.

Warzone is expected to launch later this month and will be available on the Xbox and PlayStation stores on your console.

While the game itself will be free, players will be able to pay for additional upgrades like new outfits for their avatars.

Of course, Infinity Ward hasn’t even confirmed Warzone exists yet, so take any rumours with a pinch of salt for now.

In other news, last month a Call of Duty YouTube star revealed his top tips to help you dominate multiplayer mode.

The Sun described Modern Warfare as “thrilling but not perfect” in our comprehensive review last year.

And, Sony recently confirmed the PS5 release date as coming before Christmas 2020.

Are you excited for the new Call of Duty game mode? Let us know in the comments!

Coronavirus puts much of esports industry on hold

‘Fortnite’ is getting a big Item Shop change and voting system