Home > News > Minecraft, Fortnite And Avatars; How Lockdown Is Changing The Future Of Live Music

Minecraft, Fortnite And Avatars; How Lockdown Is Changing The Future Of Live Music 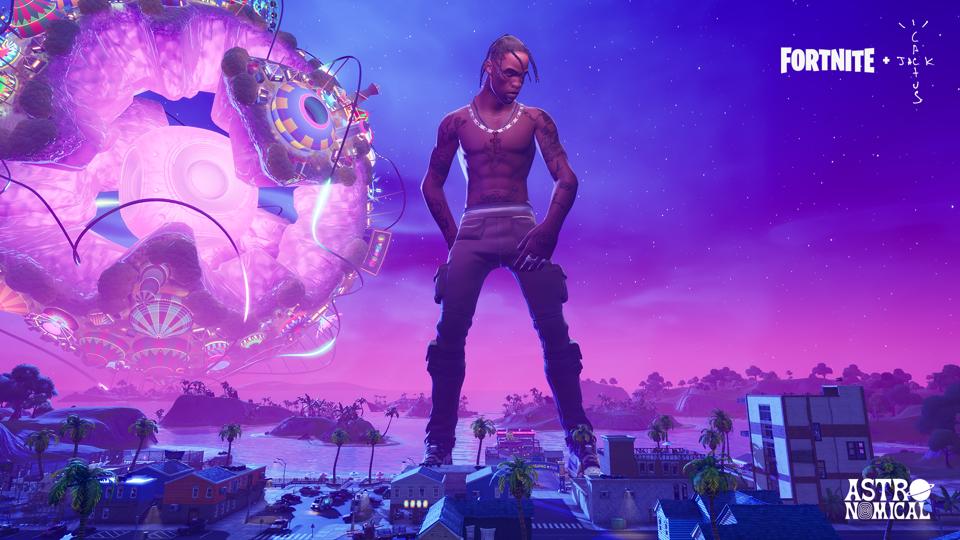 “Holograms” in the music business arrived to a mix of fanfare and fascination when hip-hop artist Tupac Shakur joined Snoop Dogg on stage at the 2012 Coachella Music Festival. Shakur had been dead for over 15 years. The chiseled exhumation of the murdered rap star was created by a modern version of the Pepper’s Ghost illusion-a technique first used in the 1800’s-augmented by CGI and a body double.

The format was hugely popular, and many 3D performing doppelgängers of dead stars were bought to life to give fans the chance to see them again. Frank Zappa, Ronnie James Dio, Whitney Houston, Roy Orbison and Maria Callas were all reborn, repackaged and remarketed. Five years after his death, Michael Jackson appeared at the 2014 Billboard awards as a moonwalking “hologram.” His posthumous Immortal World Tour went on to become the eighth highest-grossing tour of all time, amassing $371 million in revenue. Business is booming for the cherished and deceased; in 2018 the top five estates of the most beloved dead popstars earned a staggering $0.5 billion.

Music industry executive and digital pioneer, Ted Cohen, remembers the marketing buzz for the Michael Jackson Immortal tour. “The lead up was immense, there was all this promotion leading to a monumental payoff. It was the Michael Jackson tour for everyone who never got to see him. There was a pent-up desire to experience Michael in a concert environment, and the tour delivered 80% of what was expected. There are people who are going to believe they’re seeing Michael Jackson, and they’re going to walk out feeling satisfied.” 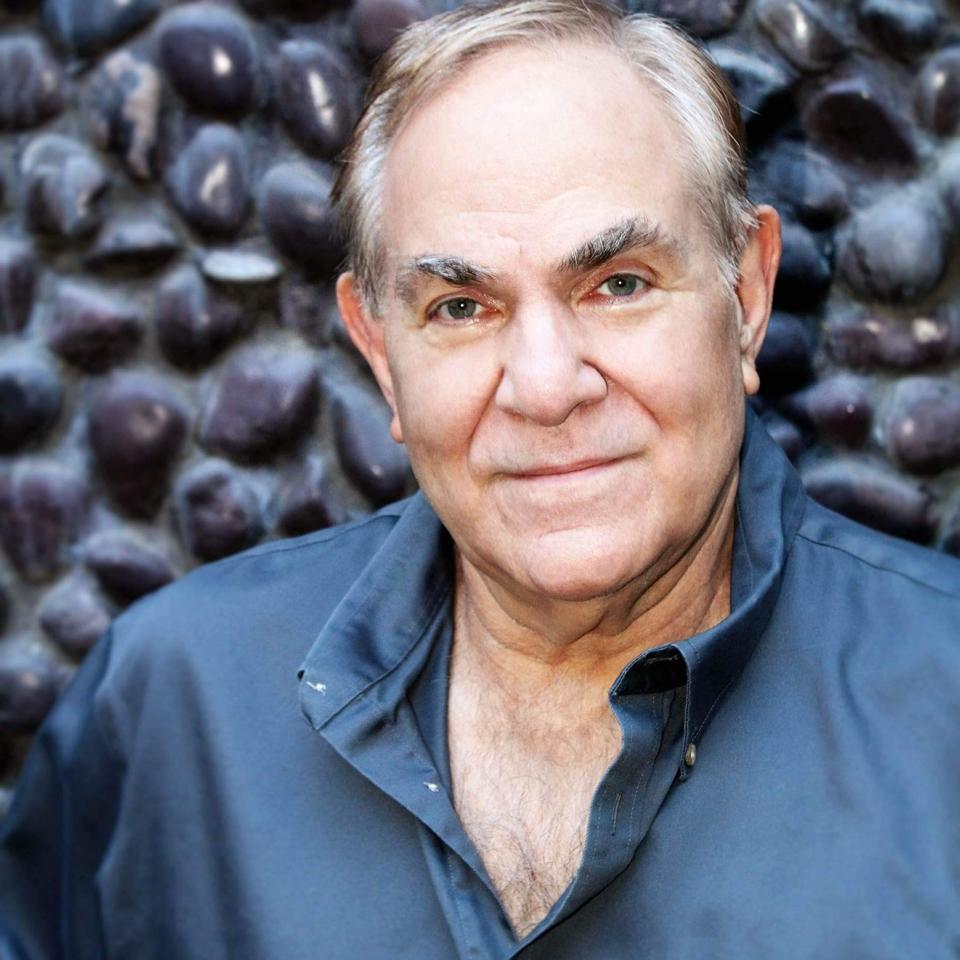 Jackson superfan Lauri Pihlap is a singer-songwriter and musician from Tallinn, Estonia, and believes that Jackson’s legacy of showmanship was well served by the technology. “Michael was a musical genius and a master craftsman. He understood how to visualize complex issues via music, dance and film. We live in an era of limitless possibilities and technology has evolved at a rapid pace, with AI and VR taking over the world. I would bet on Michael Jackson embracing all new and groundbreaking technologies if he was here today.” 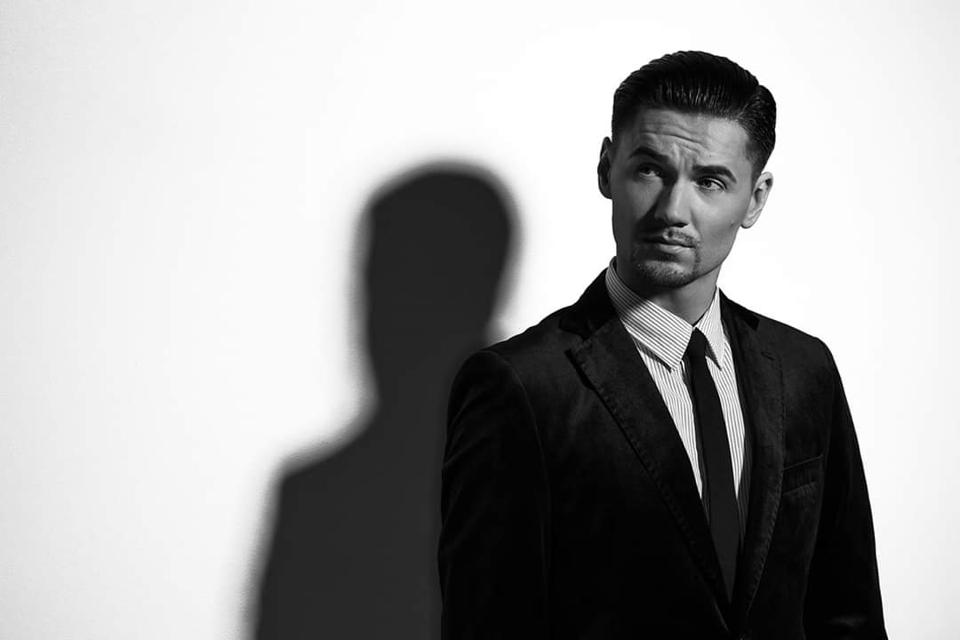 In light of the “holographic” technology, pioneered by Pulse Evolution, the mortality of many of the world’s top-grossing non-deceased artists was thrown into sharp focus. The average age of Pollstar’s top 10 global touring acts by mid-2019 was 52.6 years old, a figure that has been rising steadily along with ticket prices. Live music is a sector predicted to reach $31 billion in 2022 by PWC. With a significant percentage of this amount resting on the shoulders of an ageing workforce, “holograms” have been explored for the living and the ageing. Jeff Pezzuti, the CEO of Eyellusion told Pollstar, “In five to seven years all the major touring acts that are making a ton of money–Rolling Stones, Paul McCartney, Fleetwood Mac–are going to retire. The venues are going to have problems because of the overhead, they’re not going to have anybody to go play them, and there’s no Plan B. This (holograms) is the Plan B.”

However, with the advent of the COVID-19 pandemic, and the shutdown of most of the world’s live touring venues and infrastructure, it looks unlikely that business as usual is returning any time soon, holographic or otherwise. But the lockdown has accelerated the adoption of technology which helps people to experience music remotely. Heritage artists such as Radiohead, Pink Floyd and Nick Cave have all started streaming their back catalogs of performances, while a diverse range of live streaming events, from the Defected Records Virtual Music Festival to the 6T’s Rhythm and Soul Society “Rare Soul Onliner” have bought dance music of all eras directly to the homes of the faithful.

While live streaming is enjoying a well-deserved renaissance, an intriguing view of the future of the music business could be glimpsed by visiting at two virtual worlds last week. American rapper Travis Scott‘s concert was broadcast live from within the online video game Fortnite, reaching more than 12.3 million players and setting an all-time record for participation in the game’s events. Anarchic pop noise duo 100 gecs hosted the Square Garden Festival in Minecraft featuring Charli XCX, Cashmere Cat, Benny Blanco and Tommy Cash. The Block By Blockwest festival, also in Minecraft, featured headliners such as Pussy Riot, Idles and Massive Attack, who featured songs from their Adam Curtis collaboration including vocals by Cocteau Twins’ Elizabeth Fraser. “The immersive virtual gig is going to be a serious revenue contender,” reveals Rick Heffernan, a consultant for brand activity in virtual and live events. “Travis Scott’s brand partnership with Epic Games could not have been more impressive, or better timed.”

Promotional cameos by musicians have been a staple of virtual worlds for many years. Over a decade before DJ Marshmello’s Fortnite concert, Calvin Harris, Justin Beiber and Miley Cyrus were visiting the Habbo Hotel virtual world in avatar form to interact with fans in real-time. But given our brave new normal of life under a global pandemic, cooperation between the worlds of music and technology is accelerating.

The artist hailed by GQ magazine as “the most exciting addition to Coachella’s 2020 line-up” is an avatar. The name of singer Hatsune Miku, who was due to perform live in “holographic” form at the postponed festival, is an amalgamation of the Japanese words for first (初, hatsu), sound (音, ne), and future (ミク, miku): “the first sound of the future.” Miku has collaborated with Pharrell and Lady Gaga, and appeared on the Late Show With David Letterman.

Gorillaz is the most successful virtual band in the world, and have long been at the forefront of avatar innovation. They recently introduced Song Machine, a “music contraption” that spits out brand new music and video episodes as and when they happen. The initiative contrasts with the traditional music business cycle of recordings and releases, and not unlike Radiohead’s groundbreaking “pay what you like” release of “In Rainbows” is the kind of move which needed to be pioneered by a band with considerable resources, fans and finances under their (virtual) belts. Others are adopting a futuristic approach to innovation by way of necessity. Following the collapse of their work for hire business, Strangeloop Studios founded a virtual record label, Spirit Bomb, with involvement from Nosaj Thing, Glitch Mob, and support from the Tech Stars incubator programme. 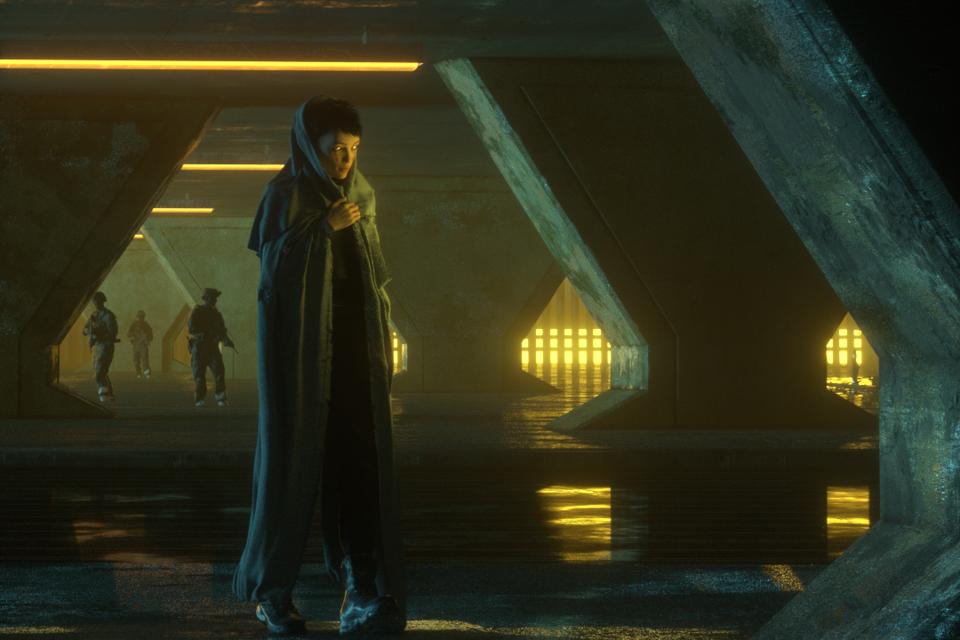 Virtual worlds have come a long way, Ted Cohen recalls the early efforts of virtual worlds. “Around ’99 we were building Elton John World and Bon Jovi World, but the question was ‘do people have the spare time to do this?’ Now, under lockdown, we have time to appreciate the creativity and ingenuity of a lot of people.”

Scott Cohen, Chief Innovation Officer at Warner Music Group, sees technology adoption being driven by the pandemic. “A lot of this technology has existed for a long time, some of it for decades, but now with the COVID-19 disruption, is this doing to the live industry what the Napster disruption did to the recorded music industry? Is this their ‘Napster moment?'” 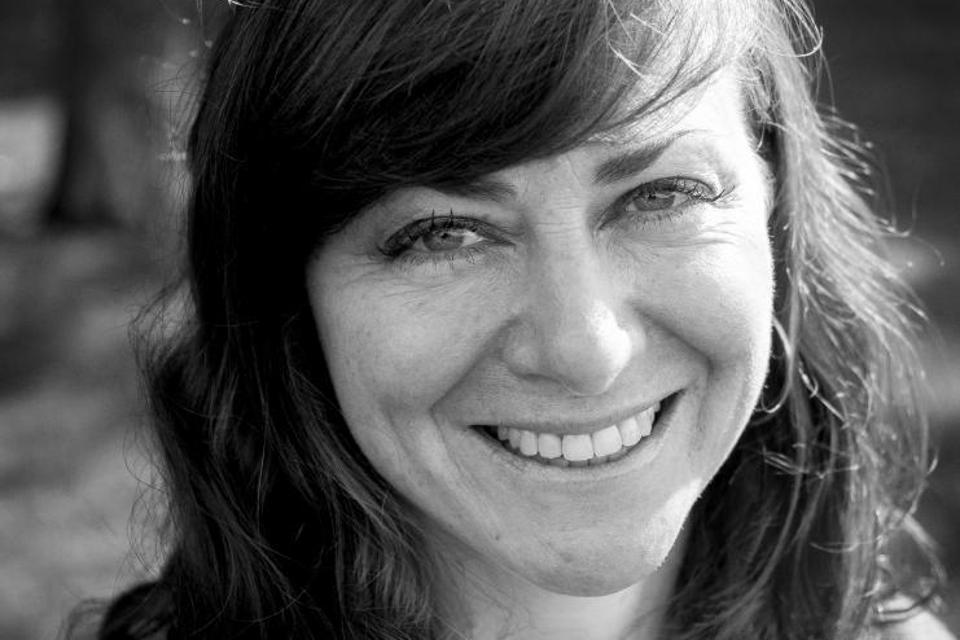 Muki Kulhan, an immersive cross platform executive producer and innovation R&D strategist, sees the adoption of technology as an imperative. “It is beyond adapt or die, especially for the broadcast industry. Finding ways to stay on air and keep your head above water is what the whole world is doing right now.” 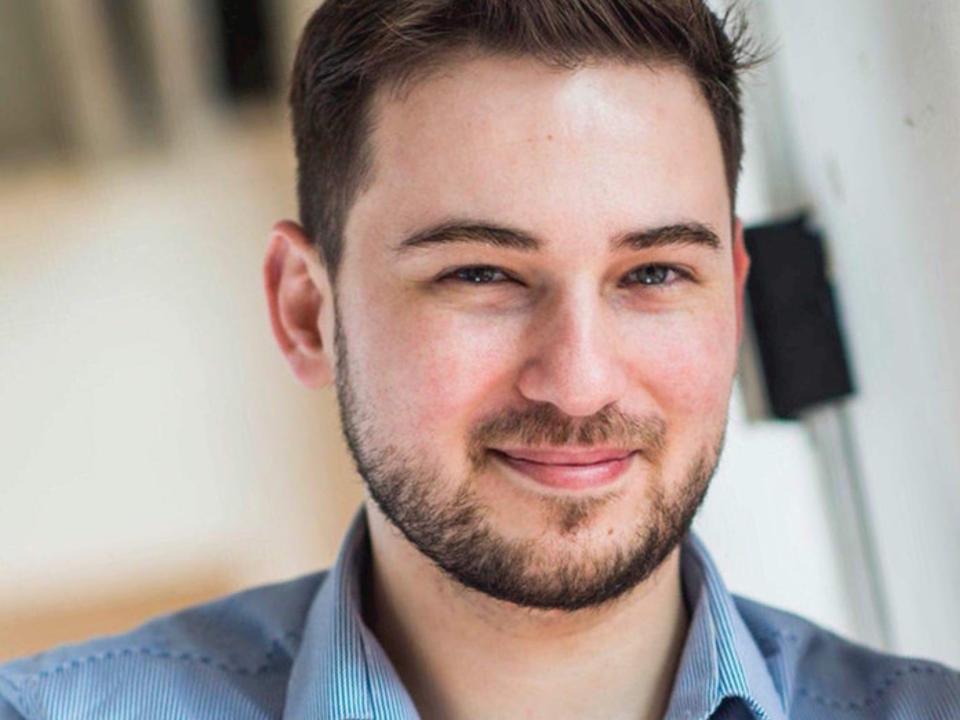 Nathan Newman, the co-founder of the Social Broadcasting Company, believes that humanity is profoundly resourceful, “In neuroscience terms, we are creative by putting new things together. What we are seeing across the planet is this wave of improvisation that’s provoking people to be more creative so that they can adapt to this new environment. Maybe identities are forming differently because we are socially disconnected, and we’re reconnecting in these new and wonderful ways. Outrageous improvisation and creativity are going to win the day.”

Facebank CEO John Textor has been at the leading edge of digital likenesses since the early days of VRML. The mastermind behind the virtual Tupac and Michael Jackson performances, Textor’s latest venture is fuboTV, a groundbreaking partnership with the world-renowned retired professional boxing champion Floyd Mayweather to create and manage his digital likeness, Virtual Mayweather. “I think that digital likeness is for the living, not just the late. We’re all turning on our phones, our phone is looking at us, it’s scanning our face. The largest IP portfolio I’ve ever contemplated is 2 billion consumers that are now engaging their digital likeness in their apps, downloading it into video games, using digital greeting cards and Memojis.” 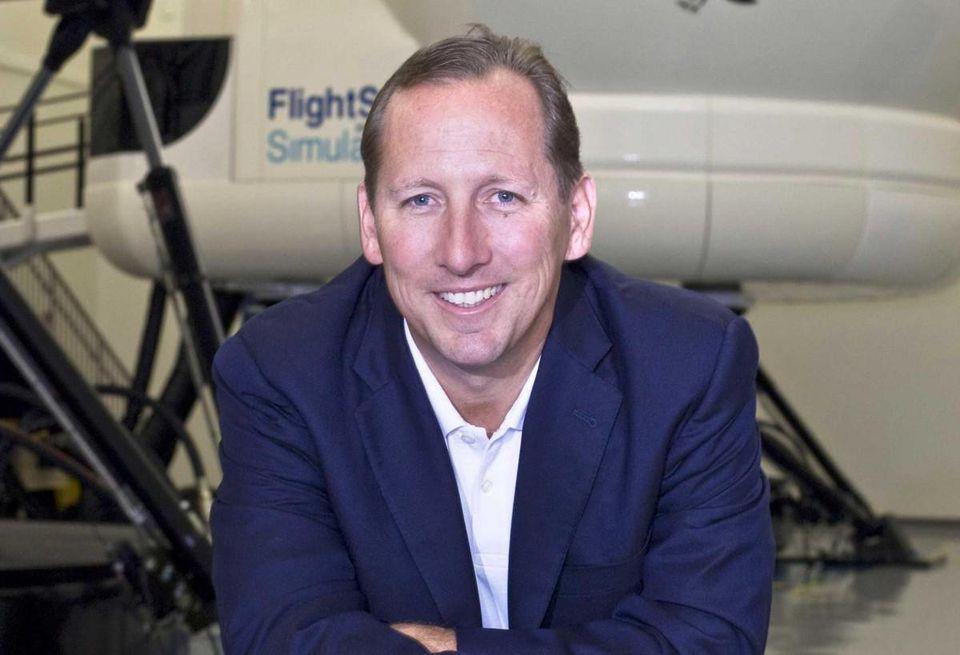 For Textor, the most important role of technology is to support the creative brilliance of humanity. “It’s about the poet, the filmmaker, the musician and the writer. We, as technologists, are trying to develop really cool ways to connect people with that art, that purity, and with each other. As we’re all sitting in other parts of the world, this is an opportunity to connect to the sort of the pure emotion that art can give us. Technology is ephemeral, but ideas, poetry, music; these things are what matter forever. Content has always been king.“

For all the quickening adoption of technology, Scott Cohen is equally clear about the importance of creativity. “What Jimi Hendrix did with the electric guitar wasn’t what everyone else did. It’s like, give that technology to him, watch what he can produce out of that thing. What I love about technology is it sparks new ways of expressing yourself. If Pink Floyd were 20 years old today and they had Oculus Quest, what would they create instead of Dark Side Of The Moon?”

Maybe we will find the answer sooner rather than later, thanks to the lockdown. 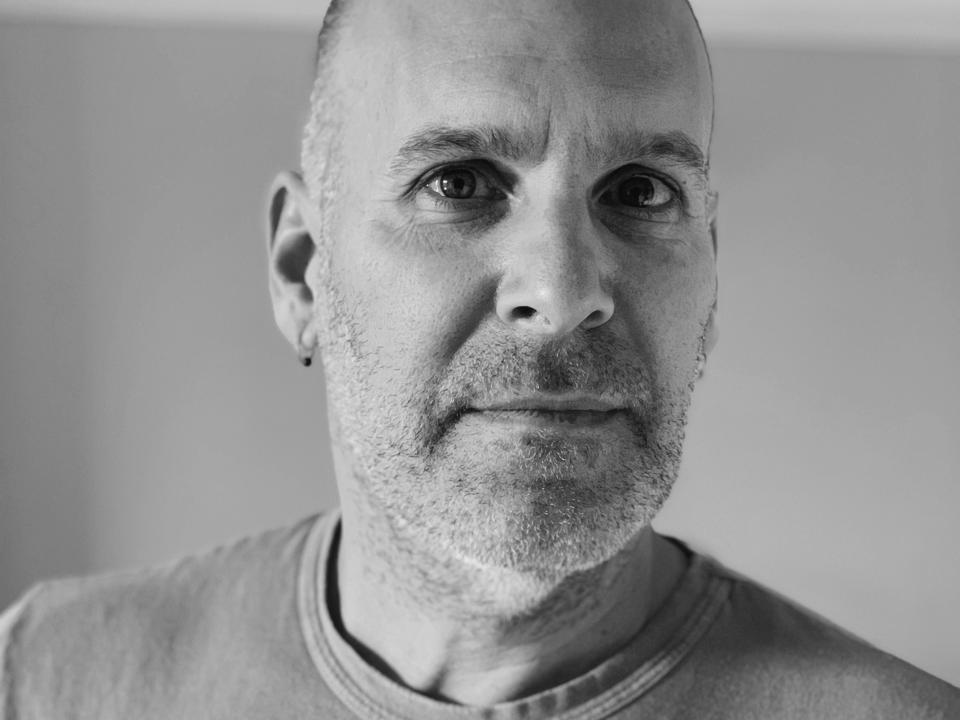 Some of the quotes contained in this piece were sourced from the Social Broadcasting Company webinar “The Future Of Live Music, From Holograms To The Holodeck,” with permission.

BTS Should Be The Next Major Travis Scott-Style ‘Fortnite’ Concert

What Slack and Fortnite can teach your business about freemium pricing