If there is a game team India loves to play apart from cricket, it has to be the South Korean online multiplayer game PUBG. For a fact, the men in blue have been spotted engaging themselves in the highly addictive game on various occasions previously.

And when the team waited at the Mumbai airport lounge hours before traveling to England for the ICC Cricket World Cup, the case was no different. 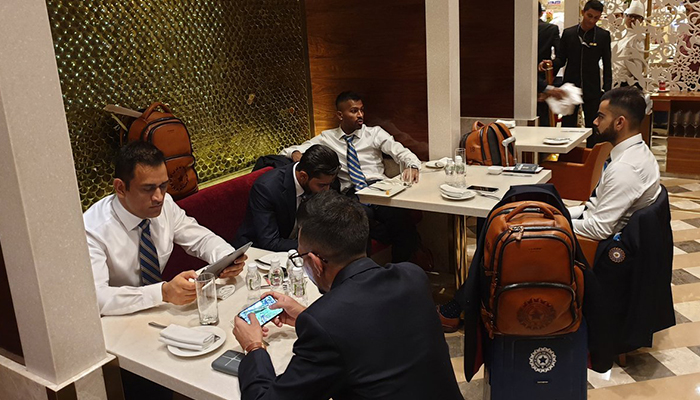 In a few photos uploaded by the BCCI, the players including the one and only Mahendra Singh Dhoni were seen playing the battle royale game. Apart from Mahi, Mohammed Shami and Bhuvneshwar Kumar also had their tabs wide open as PUBG played on the screen. And of course, how can we miss Yuzvendra Chahal? 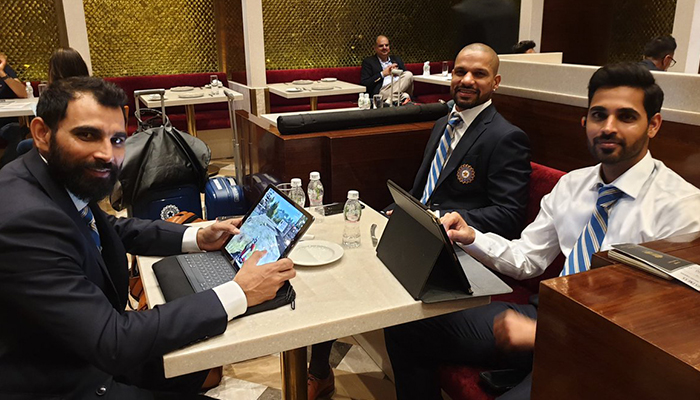 Needless to say, the fans couldn’t keep calm seeing their favorite stars playing the game which took the world by storm after launching a mobile version a year ago.

Before # WORLD CUP, Another world cup (PUBG) is going on . #BEST OF LUCK TEAM INDIA pic.twitter.com/5QPkFqm4uu

All The Best Team India🇮🇳!! Btw @yuzi_chahal and Mahi can you tell us your PUBG acc name😜😂?! pic.twitter.com/kBwwXOfHin

& once you are back, why not go for PUBG Championship.
I mean we have a squad in our cricket team. Mr MS Dhoni, Shami, Bhuvi and Chahal. That is a great squad already. What say?
@BCCI @PUBGMOBILE pic.twitter.com/klmHtrfIea

We hope the team kills its opponents in the real battle which starts from May 30. Best of luck Team India for the ICC Cricket World Cup!