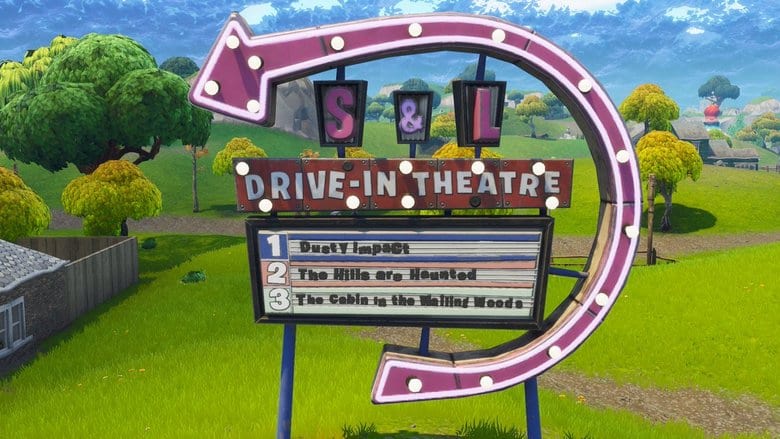 When Fortnite Season 3 first started, the majority of the map was covered in water and players had to find new locations to explore and love.

As time has started to progress, the water levels have begun to drop and a lot of what was hiding underneath the water has been revealed.

We still have a long way to go before everything is shown to us, but there’s still a lot of Season 3 to go for that to happen.

The next water level drop is set to take place on July 11, and when that happens more parts of the map will be uncovered. Thanks to leakers, we already know what this map will look like.

Risky Reels is Back

According to Fortnite leaker FireMonkey, we’ll be seeing the return of Risky Reels this time around, which means we’ll have another location to explore.

Risky Reels used to be a popular location in the game, but obviously, when it’s covered with water, there’s not a whole lot players can do there.

On top of that, it looks like there will be a few more islands that are uncovered near the south of the map that will be worth checking out. There are definitely a lot of secrets buried in Fortnite still, and Epic will certainly keep on revealing more as the season goes on.

The million-dollar question for Fortnite Season 3 remains when is Atlantis coming to the game?

This location has already leaked in the past, but outside of that, there hasn’t really been much more information.

With the release of both the Aquaman and a Black Manta skin just over the horizon, it’d make sense for Epic to debut Atlantis into the game at the same time, but we still don’t know for sure if that’s what they have planned.

We also don’t have a set spot on where this location could pop up, but we’re certain that Epic could definitely make room for it.

Fortnite Season 3 is out on all platforms.

Fortnite: How to Use Choppa to Open Loot Vaults | Game Rant - GameRant

All unreleased Fortnite cosmetics as of May 24th, 2019