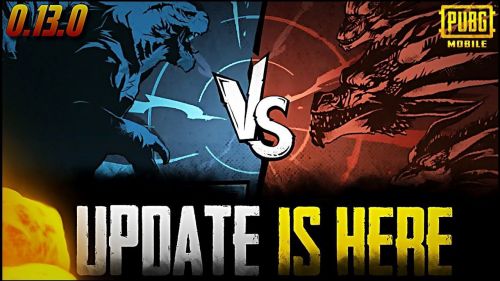 PUBG Mobile, the most popular battle royale game, has recently launched its beta testing phase of version 013.0. The hype for 0.13.0 version is very high in mobile game market. Everyone is excited about the new features and modes that are coming to this game. In my previous article PUBG Update: How to Download PUBG Mobile 0.13.0 Beta Version? Ultimate Guide has the full guide that how to download this beta version in your phone. If you follow the whole article you will definitely become the early beta phase tester of PUBG Mobile.

In this article I have mentioned the Patch notes of the version 0.13.0 of PUBG Mobile. All the features, new weapons, game modes, etc to be introduced in the upcoming PUBG update are mentioned in this article. The patch notes written below are officially announced by developers on their discord servers. So, all these features should come into the Global Version 0.13.0 of PUBG Mobile.

1. New mode is coming to the game: Deathmatch which is available in both FPP and TPP perspectives.

3. New Feature for MVP Player: MVP emotes are added in inventory and MVP display in results.

4. New Portable Closets Feature: Now the player can change appearances, voices and emotes in different portable closets and can make amendments while in a match.

5. Waling, crawling and running will now leave marks on the ground

6. Amendments in Armor Stats: Armor durability will now reduce by 25%. However, the damage reduction will remain same.

7. New Zombies in Survive Till Dawn: Tyrant, G, Licker and Zombie Cop these three zombies will no longer to remain in game. Four new zombies are added to this Zombie mode.

8. Amendments in Liquid Nitrogen Bomb stats: Liquid nitrozen will slow down the players for a longer period as comparable to previous time of old version.

9. New Location: New Location Abandon factory has been added to the map. Now, the name of map is not mentioned. According to Beta testing, this location has been seen in Zombie mode. This location contains rare weapon lote but also has a new boss.

So these are the complete patch notes of version 0.13.0 PUBG Mobile Update.

Tencent Games has introduced PUBG Lite, a toned down version of PUBG and players can now experience the battle royale game on low end PCS and mobile devices.

Stick to the Sportskeeda for latest Video Game News

What is Tier Protection in PUBG Mobile 0.12.5 Update?

the current meta in apex legends..

PUBG Mobile 0.13.0 stable update could come to devices on 31 May- Technology News, Firstpost