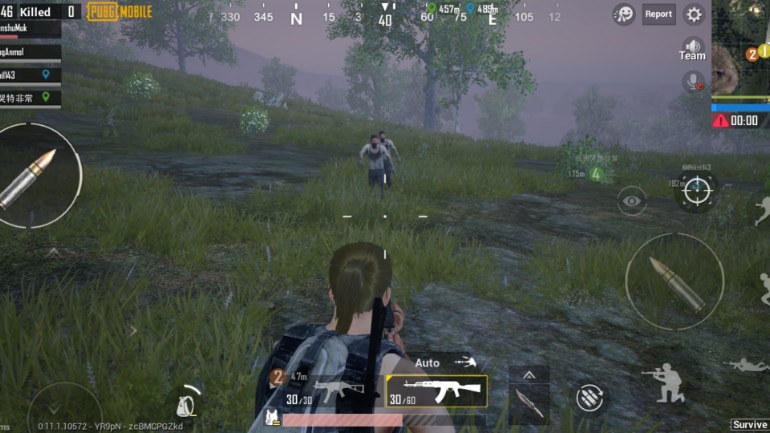 After almost a year, PUBG MOBILE finally has a new rival of its cadre – Call of Duty Mobile. The latter is still in beta and it will be a while before it is available for download on all mobile devices. We took a quick look at Call of Duty Mobile a few days ago and found that it was similar to PUBG MOBILE in some ways, especially when it comes to the Battle Royale mode. But the game also brought along some classic Call of Duty gameplay modes to the mobile version as well. And it seems that now PUBG MOBILE is taking some inspiration from the new game for its next update.

Some of the most authentic speculations regarding PUBG MOBILE has been coming from Mr.GHOST GAMING and in its latest one, it is suggested that PUBG MOBILE will get a new Deathmatch mode. This new gameplay mode will join existing gameplay modes such as Quick Match, Survive Till Dawn events and others. The feature is speculated to be coming to PUBG MOBILE very soon with the upcoming 0.13.0 update.

For PUBG MOBILE’s Deathmatch, it is expected that players will be able to choose between first person and third person views. Additionally, PUBG MOBILE will make use of its existing maps to set the game scenarios. A couple of new weapons are also expected to make it easy for players under tense situations.

The PUBG MOBILE 0.13.0 update is expected to roll out soon and the Deathmatch mode will be a major addition in this update. PUBG MOBILE is also teaming up with Godzilla: King of the Monsters movie and will drop in celebratory references to the movie in the game – players will be able to spot a Godzilla as well.

Some People Made An Entire Sci-Fi Game Inside Of Fortnite