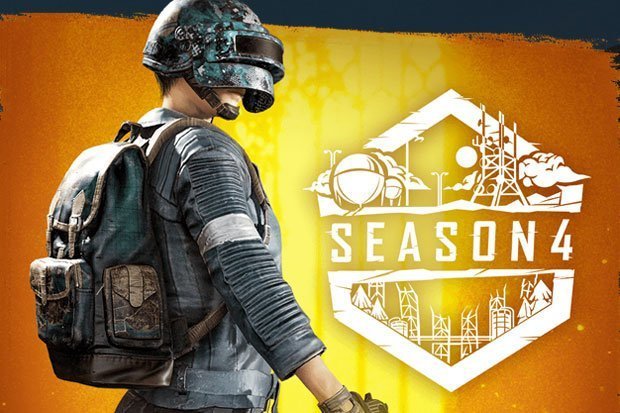 Once complete PC players will instantly notice the striking new look to PUBG’s first and most iconic map, Erangle.

The classic map now features new building styles, more realistic scenery and terrain, and some changed areas within the map.

Players can also get more from their PUBG SEASON 4 experience through the latest Survivor Pass, called AFTERMATH.

A new feature called Co-Op Missions will also allow players to progress through the pass with group progression.

Finally, players who purchase the Premium Survivor Pass 4: AFTERMATH will receive the first-ever vehicle skin called the “Red Zoned” for the UAZ.

The experience will continue to evolve throughout the season as players can look forward to additional updates, such as refinements to the ledge grab mechanic and a new Survival Mastery progression system.

For the time being though, read on you’ll find all the info you need regarding the server downtime, and more ahead of the launch of the new update and season 4.

WHEN IS PUBG SEASON 4 SERVER DOWNTIME?

For anyone in the UK that means that PC live servers will go offline at 1.30am BST on July 24th.

Which is great news for UK and European players because you’ll (probably) be asleep and won’t miss out.

Those in the states though, sorry, you’ll have to find something else to do for 7 hours.

Patch Notes for PUBG Season 4 are fairly extensive, so rather than dump the lot here (there’s seriously LOADS) we suggest you take a look on the official PUBG website, which has got them all, neatly formatted and everything.

On top of all the changes, the team also took a moment to address “the future of PUBG’s seasonal content”.

“Going forward, game updates will revolve around new seasons, which will feature new content, skins, gameplay updates, and Survivor Pass with plenty of missions and rewards to enjoy and enrich your experience on the Battlegrounds,” explained a message from the developers.

“This also means we’ll be naming our updates a little differently. For example, this is the first update of Season 4 on PC, so it will be referred to as “PC Update 4.1” in the patch notes.”

WHEN IS PUBG SEASON 4 COMING TO PS4 and XBOX ONE?

At the time of writing the PUBG team has only gone as far to say that PUBG Season 4 will launch on consoles “in late Summer!”

Not very specific. Hopefully, we can try and narrow that down a bit.

Summer technically ‘finishes’ in or around 23 September.

That means console players could be waiting up to 9 weeks before Season 4 launches on PS4 and Xbox One.

Of course, this isn’t to say it will definitely take 9 weeks, that’s just the worst-case scenario.

You Can Now Play Fortnite At 120FPS On iPad Pro