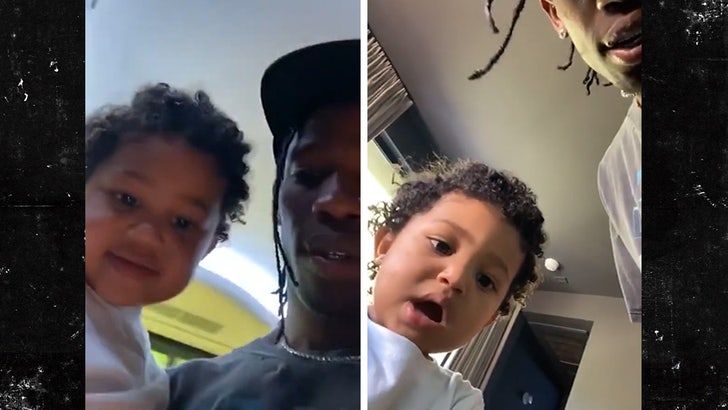 Travis Scott went live to join in with the fans enjoying his virtual concert on Fortnite, but had to cut it short … because his adorable daughter, Stormi, demanded more of his attention.

The rapper debuted his new track, “The Scotts,” Thursday night within the insanely popular video game, and although it attracted an all-time record audience of 12.3 MILLION concurrent players … one little 2-year-old was the star of the evening.

Travis, Stormi and mama Kylie Jenner were all online to watch the historic musical/gaming performance … but the toddler seemed to have other interests.

HOLY… the Travis Scott event in Fortnite was the one of the COOLEST events yet! Absolute UNREAL! pic.twitter.com/dvGLzuPCO4

Check it out — once Travis finds the remote, thanks to whoever Josh is, Stormi briefly greets her dad’s large audience … then wants to watch a movie. Of course, 2-year-olds usually get what they want. 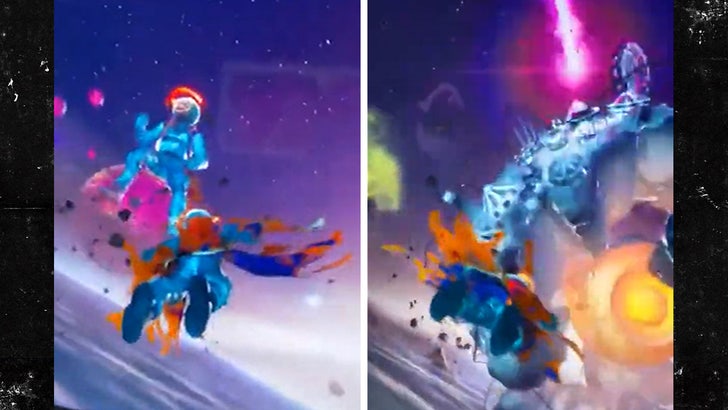 As for Travis’ new hit song … there will be encore presentations on Fortnite until Sunday. All players who are signed up can enjoy the virtual performance … which is all there is until artists can start doing real concerts again.

QUIZ: Have you been paying attention during Fortnite’s 14 Days of Summer?

Want to create your own Fortnite? This $15 training course can make it happen / Boing Boing