Some of the best codes in Fortnite are for games that don’t even require shooting to be successful. The game’s Hide and Seek mode has many creators thrilled to develop multi-level areas with unique hiding spots. So much so, some maps end up being unfair to the seekers. So, if you’re looking for a balanced, yet exciting match, here are the 10 best Hide and Seek map codes we believe deserve your attention.

Hiders will love exploring this territory, with its massive size and collection of carnival attractions. It features a house of mirrors, a large restaurant, a merry-go-round, a speed-boost roller coaster, and much more. If you’ve got an expert seeker, this may be the best place for a fair game.

Evil Between Us: Hide and Seek 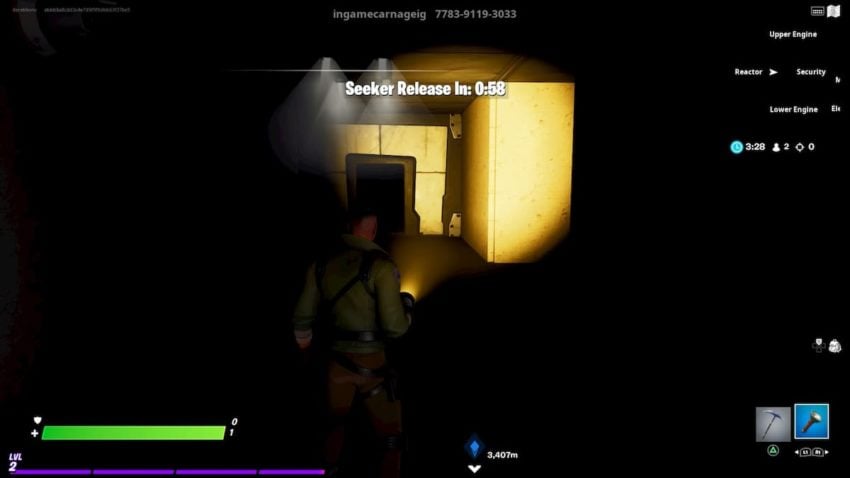 The perfect game to utilize the flashlight is this Among Us parody that is much more of a fright. Without the top-down camera, puzzling together who the seeker is isn’t as easy as the game it’s based on. They typically hide in corners and sneak up behind you if they see the beams from your flashlight. It’s a big building with rooms and vents that will be very familiar.

Okay, maybe it doesn’t have the most memorable name, but its map is an entirely different story. Aside from the typical mansion layout, much of the island is covered in greenery and water, making it all too easy to find a spot to hide. There is also some secret underground rooms and a few extra buildings with more than meets the eye. This map is a must try and is perfect for every type of hider.

Mall Santa isn’t a typical holiday decorated shopping space. This is a massive two story map that has so many secret areas and spots; it’s hard to keep track of them all. The creation even gifts a grappler for players to sit on top of wall decorations that are hundreds of feet from the ground.

Obviously, creators make more mansions than anything else, but credit has to be given to Modern Mansion for its emphasis on home design. There’s not much yard around it, but the three floor building has at least 30 excellent and hard to find spots for you to sit. Its basement also grants players access to a large body of water that is rarely ever checked by seekers.

Night at the Museum

Night at the Museum is not a mirror of the movie it’s named after. Instead, it brings it own enjoyable design, being very wide open and easy to travel around for both hiders and seekers. In each of its rooms, there is a number of ancient statues and props along the walls to hide behind. If you’re comfortable with tighter hiding spots, this may be for you.

There are not too many buildings to camp in at Outdoor Waterpark, but there is an unfathomable amount of water slides. Seekers surely won’t have the time to check them all. There are also a few medium sized pools and a food stand, but the map still is pretty desolate. Thus, you’ll need to be certain of the spot you choose and stay away from open areas.

Relive the glory days of the original Chapter 1 battle royale location Pleasant Park for a wild game of Hide and Seek. If one can recall, the map use to be made of blocks of homes, a soccer field, and a gas station. So, you surely won’t have trouble finding a spot to camp. Though, there’s one small problem. Seekers will stand on the rooftops of these homes to look for any frantic stragglers – so stay inside if you plan on winning. 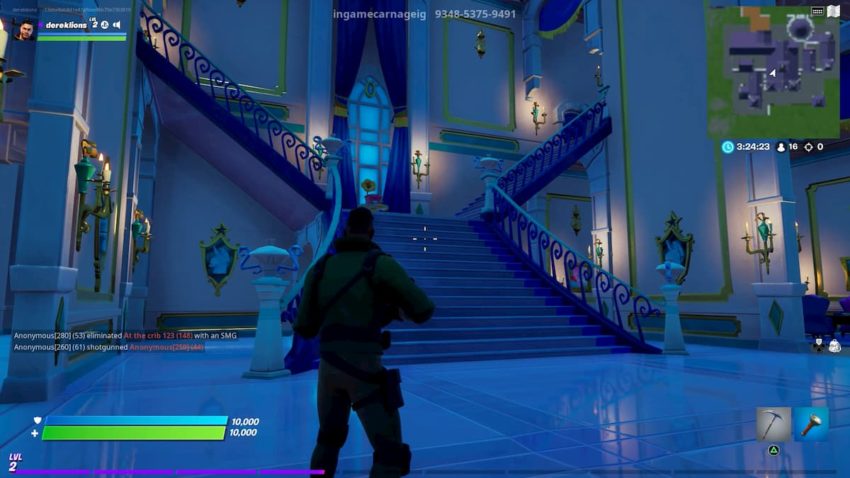 There isn’t too much that stands out with Princess Castle, but it’s layout has the potential for a lot of great matches. The property is broken up into two major areas with a tunnel dividing it. Seekers tend to overlook this connector for those bouncing from one end to the other. It will likely end up being a game of red rover, rather than hide and seek, but it’s just as intense. 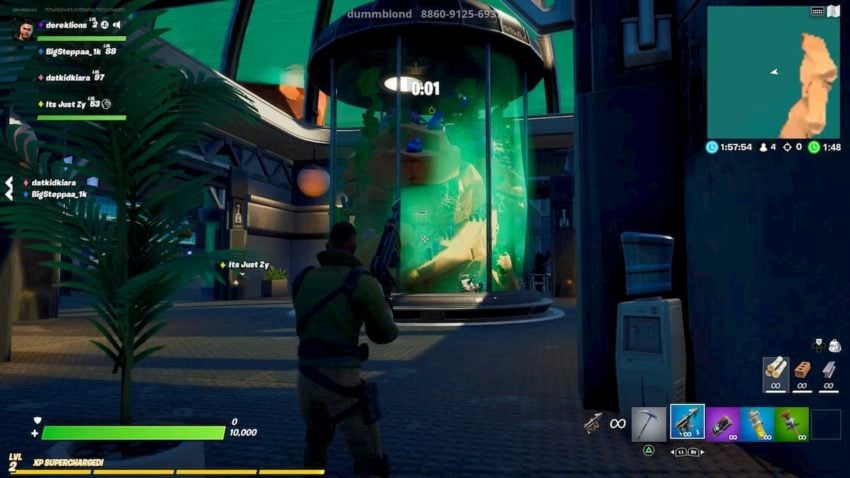 At first, you’ll believe that Underwater Labs in one of the smallest you’ll ever see. However, although it may not be the widest, there are a number of vents that actually allow you to go to rarely-accessed higher stories. Theme-wise, there’s definitely enough fish tanks and other nautical objects to blend in with. Seekers will have a Harpoon Gun on hand, so don’t expect this to be a walk in the park.

Fortnite Marvel plans will last "many, many, many years"

Fortnite 2 Midsummer: How to complete the challenge harms an opponent with coal

Fortnite Unfused Challenges: How to unlock and Fusion Skin Styles