The 14 rarest gliders in Fortnite 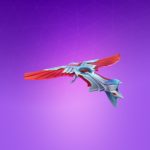 Fortnite offers various forms of customization for its players: skins, harvesting tools, back blings, emotes, dances, and finally gliders. Each of these cosmetics items allows players to show a bit of personality and a sense of fashion.

Epic Games adds a ton of cosmetic items throughout Fortnite seasons. While the game has a color-based rarity indicator, which usually determines the price of an item, the color-coding has been long forgotten when it comes to availability. Most Fortnite players evaluate a skin’s rarity by how often it gets released within the in-game shop.

Some skins and gliders naturally become rare over time due to being available through Battle Passes and limited-time events. Others climb up to the rarity mountain as years pass by since they were last available in the shop. Gliders meeting these criteria are a great way to show off how long you’ve been playing Fortnite and strike fear into the hearts of your enemies while landing.

We’ve decided to feature a variety of both Battle Pass and limited-time gliders and the ones that have simply become rare over time. 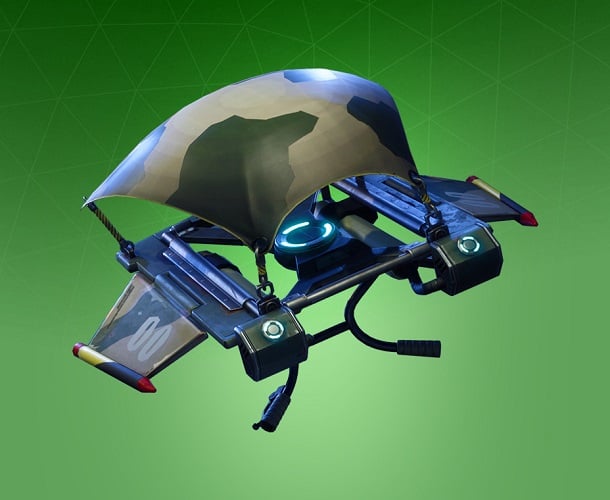 Despite looking like a default glider, Raptor is currently the rarest glider that was available through the in-game shop. It hasn’t come back to the shop for almost two years now, and it isn’t clear if we’ll ever see this artifact of a glider ever available again. 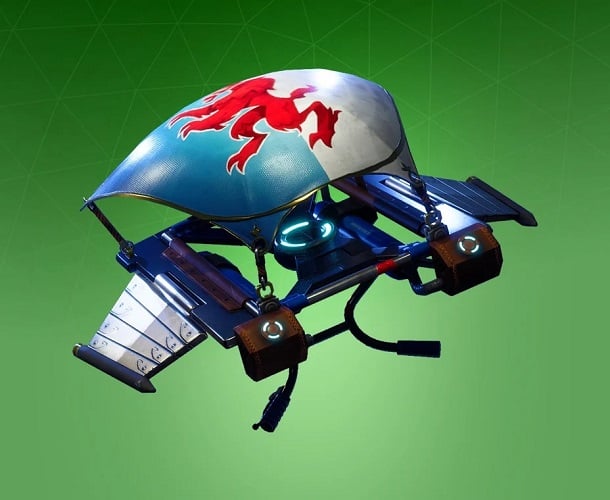 Some gliders do age like a fine wine. Though you’ll see a Battle Pass glider everywhere throughout its respective season, they start becoming rarer after the pass has been retired. Sir Glider the Brave was a reward for reaching the 35th tier of the season two Battle Pass. 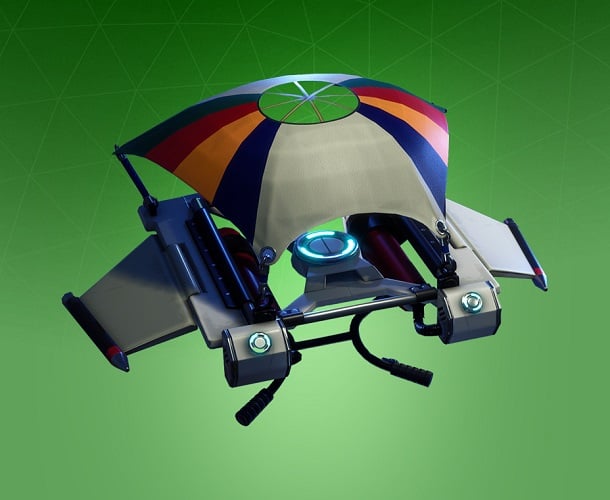 This uncommon glider may resemble your first kite as a kid. Fighter Kite was released in 2018 and was available for purchase through the in-game shop for 500 V-Bucks. The glider was available again after eight months of its first release but hasn’t seen the light of day again for more than 1.5 years now. 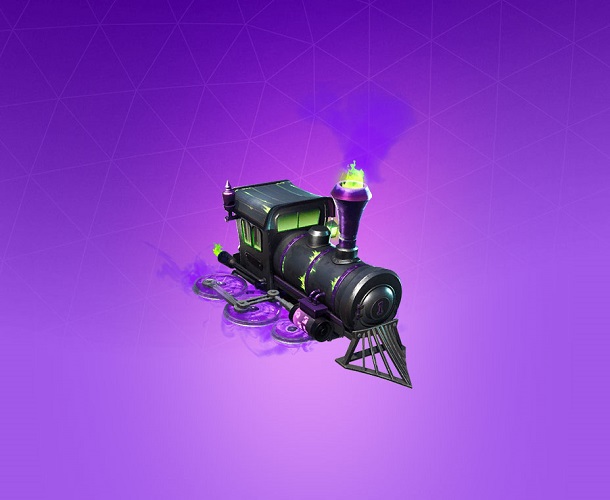 The Dark Engine glider was up for grabs during Fortnite Halloween Event Fortnitemares in 2018. The glider was the reward for completing a series of challenges throughout the event. Like most event cosmetics, Dark Engine has never become available again and took its place as one of the rarest gliders in Fortnite. 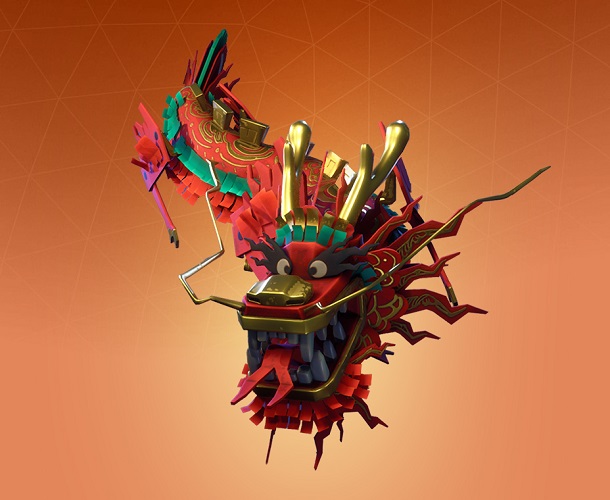 Royale Dragon is one of the fewer rare gliders that actually carries the legendary tag. The glider was released through the in-game shop in 2018 for 2,000 V-Bucks, which is quite expensive for a single glider. Though it resurfaced eight months after its release, it hasn’t been available for purchase since. 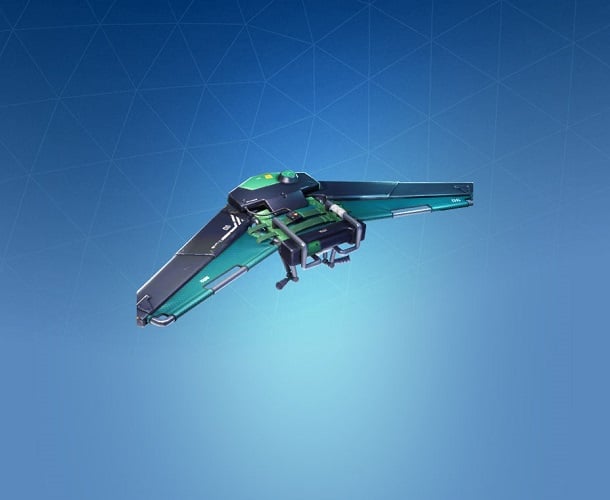 Promotional deals are always sweet when you already want to buy something. Still, it would be hard to imagine anyone buying an NVIDIA graphics card with the GeForce Fortnite bundle just to get the Pivot glider. While it may be possible to find unused codes or even surplus boxes of GPUs to obtain Pivot, it’s still one of the rarer gliders in the game. 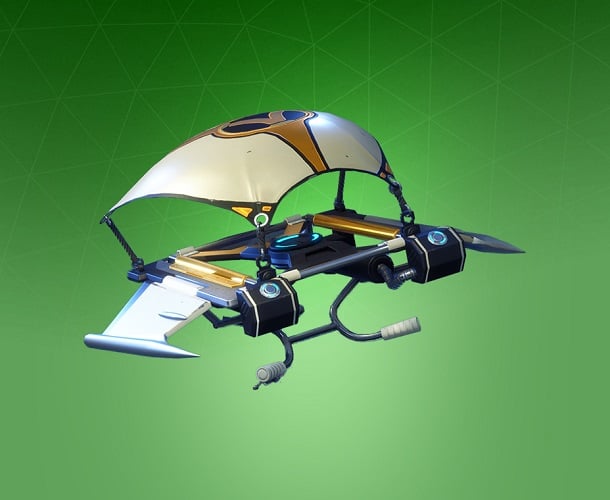 Triumph is another uncommon glider from 2018, which was purchasable for 500 V-Bucks. After reappearing in the shop in December 2018, the glider never returned to the game and is now a fine piece on the walls of Fortnite collectors. 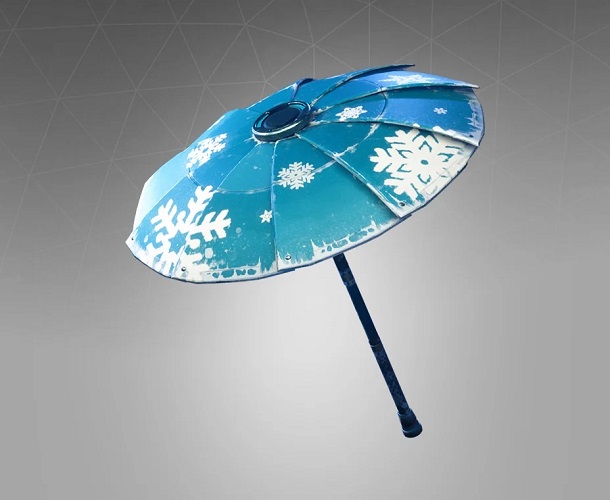 Each season has its own winning umbrella glider that you can obtain by winning a single game throughout the season. Things weren’t as easy as they were during the first seasons of Fortnite, however. It was almost the wild west. No one really knew what was going on, and getting a win was a more difficult since there was a significant skill gap between the best players and the casual ones. 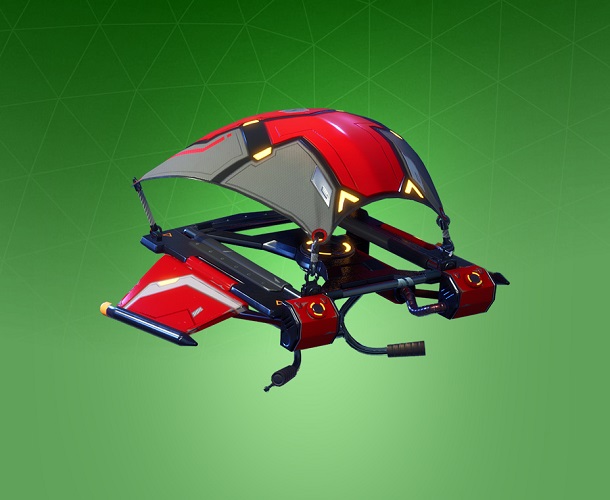 Mainframe glider hit the shop as a part of the Overclocked set and cost 500 V-Bucks to unlock. The uncommon glider made a comeback at the beginning of 2019 but hasn’t made a second debut ever since. 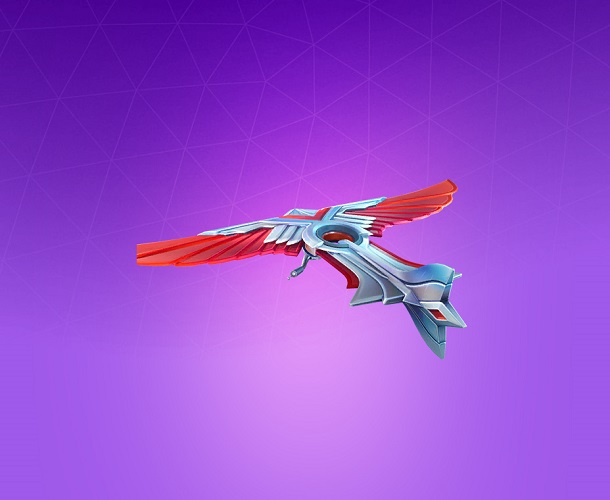 It took a while for Epic to experiment with unique cosmetics ideas, but they certainly delivered in the end. Wings of Valor could be considered as the ancestor of more customized gliders. It resembles the Bird Person, or the Phoenix Person, from the hit cartoon series Rick and Morty and gives players a heroic feeling during landing. 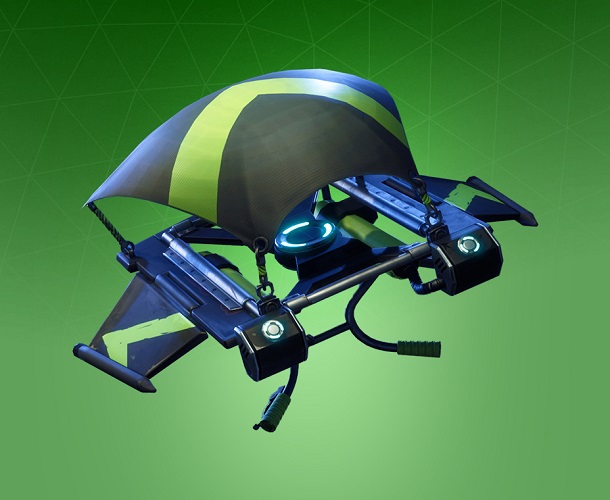 WASP is one of the earliest gliders in Fortnite. It was released back in 2017, priced at 500 V-Bucks, and became available again in January 2019. The skin hasn’t been seen again since that day, and it remains a mystery if it will ever be available through the in-game shop. 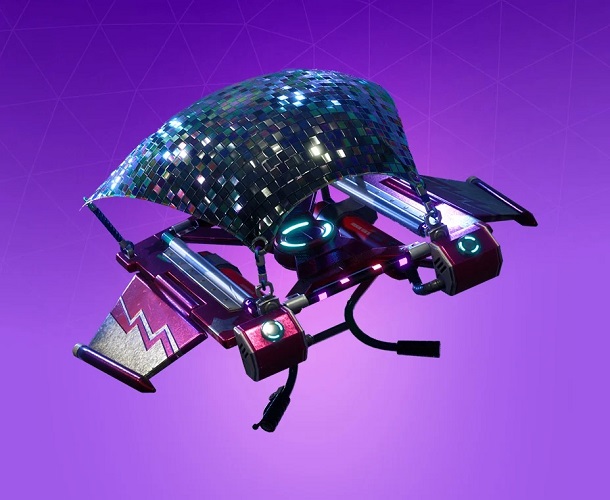 Get Down was a must-have glider for anyone who loves the default style. The glider was the reward of the 14th tier of the paid Battle Pass during the second season, and the chances are it will never become available again. 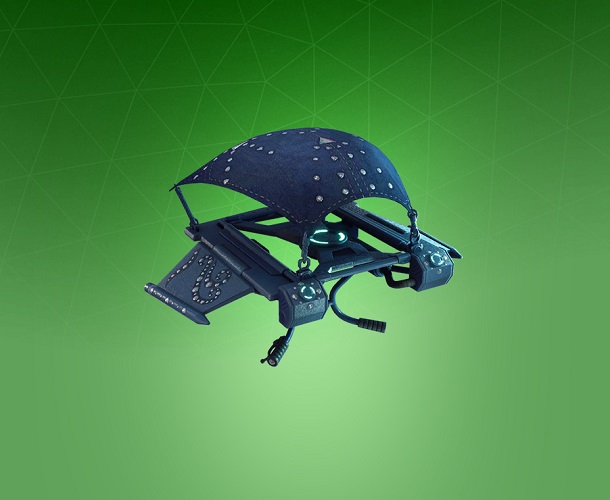 Rhinestone Rider first hit the store in 2018 as a part of the Sharp Style set. It made a couple of appearances independent from its set and the last of those was in January 2019. Considering the uncommon skin was available on and off again for a couple of times, expect it to return to the store again in the future. 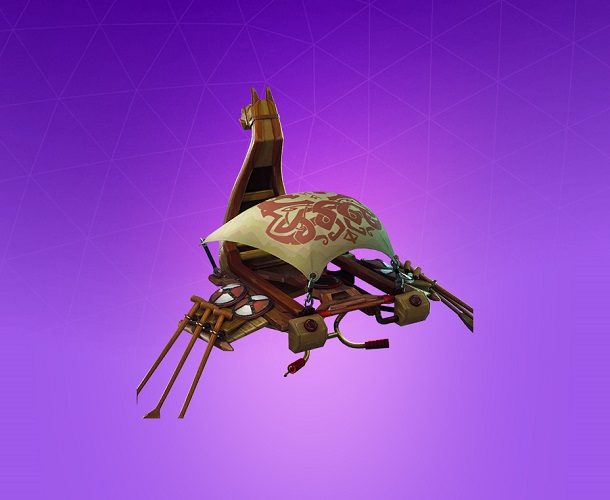 Any Vikings fan will want to add the Conquest glider to their collection. Though the glider was frequently found in Fortnite during season five due to being a Battle Pass tier reward, there are no ways of obtaining it as of now. That season had a Nordic theme going on, and a couple of items featured in the Battle Pass was later available again through the in-game shop. This means that there could be a small chance of Conquest becoming available again, but that could also be wishful thinking.

‘Fortnite’ campfires have received a massive buff in the latest update

New YouTube regulations could be a nightmare for Fortnite creators

Check out Fortnite’s full list of ‘The Lowdown’ missions

Shroud surprised after winning a PUBG game out of nowhere