WATCH: SypherPK Shows Off the Rarest Gun in Fortnite

Fortnite battle royale Season 4 came as a surprise for numerous players. The new dynamic added to the game with the introduction of Marvel Superheroes has changed the game for good. The game has also seen a new addition with the fishing dynamic as well as a revamp for the Item Shop. 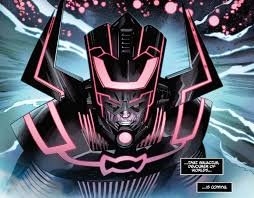 The imminent arrival of Galactus was marked with the latest updates 14.10. It brought a new Iron Man POI to the map. The update also saw the addition of Galactus’ forces on the island. This was the first time players got to see the drones that will come with Galactus. Earlier, the community kept wondering whether the Battle Pass would have a Galactus skin or not.

SypherPK made a comprehensive video that explained how to obtain a specific weapon from these Galactus drones. The drones have a hidden gold level RPG that is quite rare to find. Defeating these drones gives the RPG as loot.

SypherPK shows how to use Galactus drones in Fortnite

After defeating a drone spawn, players can equip it as a gun. These weapons can be complicated to operate, although they are quite powerful and do more damage than regular weapons. They are the best weapon to use against the big Galactus Gorger. It keeps shooting continuously, and when the player stops, the weapon goes away.

This is one important feature added in the game, which has a lot of foreshadowing. Perhaps this is how the Avengers will defeat Galactus, by turning his own weapons against him. It will be marvelous to watch if this happens.

Read more – Find Out Which Keyboard Every Fortnite Pro Is Using

Is this going to change the meta? 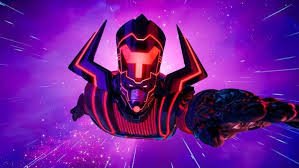 SypherPK also pointed out that two rare weapons are thus found with these Galactus drones. The Gold RPG, as well as the continuous shooting Galactus Gorger spawn. With these new weapons in the game, will the meta get affected?

It is good to see that Epic Games is introducing new methods to defeat enemies. The RPG is quite a useful weapon, although pro players tend to avoid it. However, these new weapons can be quite heavy for the inventory. Players need to sort out their loot and get going if they want to play the entire game with these weapons.

How to play Fortnite on split screen

Is The Current Fortnite Mechanics Affecting The Game?

Watch: Tfue vs Aydan Fight It Out In Fortnite

Fortnite Build-a-brella challenges: How to completely customise your umbrella glider

The story behind Ghost Aydan: How a North Ridgeville kid changed his life by playing Fortnite – Cleveland 19 News