Home > News > Where is Hydro 16 in Fortnite? Here is the location on Fortnite map

Where is Hydro 16 in Fortnite? Here is the location on Fortnite map

Fortnite happens to be one of the most famous games that have been played daily by thousands of players from all over the globe. Fortnite is a multiplayer game that basically works on the main concept of battle royale. Read more to know about Fortnite.

Fortnite’s TNTina’s Trial challenges are one of the most played challenges in the game. This week it requires the players to land on the top of Hydro 16. Thus they have been trying to figure out the Hydro 16 location in Fortnite map. This is one of the most asked questions about Fortnite currently as a number of players wish to complete the weekly challenge. Here is the exact location of Hydro 16 in Fortnite.

Also Read | Fortnite Update 13.30 Has Rolled Out: Are There Cars In The New Update?

Where is Hydro 16 in Fortnite?

Fortnite Hydro 16 has been placed on the east of Slurpy Swamp of the map. Fortnite Hydro 16 can also be spotted on the western edge of the large lake in grid D7. Hydro 16 is basically a dam and it is clearly visible if the player lands in that particular area. Hydro 16 also has a drop off from the lakeside to the plant side. The Fortnite Hydro 16 is a useful location as it covers both, the road that is located on the top of the dam and also the power plant building that can be seen below Hydro 16. Both these locations are also connected by a zipline that can be used to travel faster. There is also a huge risk to reach the top of the dam as it is fully exposed.

Also Read | Fortnite Leaks: Four LTMs And A New Spaceship To Soon Be Seen In The Game 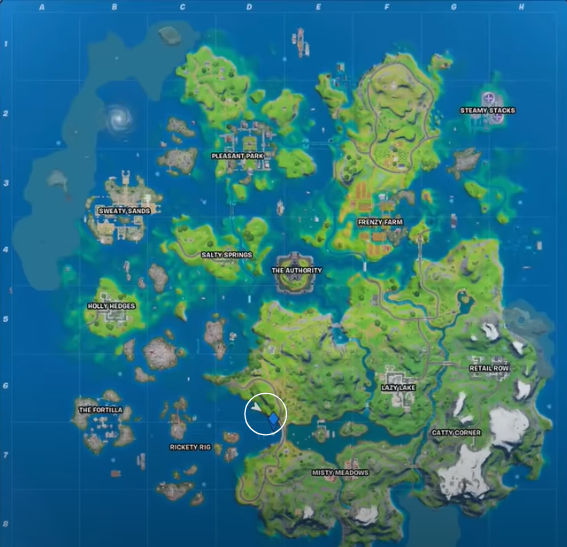 Also Read | Fortnite Update 13.30 Criticised By Fans For Not Including Cars And Overall Instabilities

When Are Cars Finally Coming To ‘Fortnite’? Get Ready For Some Bad News

How to use a phone booth as Mystique in Fortnite

How to open final Fortnite Winterfest present early with exploit