As many of you know, Dreamhack’s main Fortnite event went down over the weekend. If you didn’t catch any of the unofficial broadcasts (surprising considering the concurrent viewership averaged six digits), take my word when I say it was absolutely electric. Call me a sucker, but we haven’t seen stacked solo end games like that since 2019’s World Cup and it’s making me tingle

We need to first break down how Dreamhack’s system fundamentally differs from Epic’s. First and most importantly is the fact that every single placement threshold is rewarded with an accurate amount of points. Once you hit top 50, each person that dies nets you 1 point, while each elimination grants 5 points 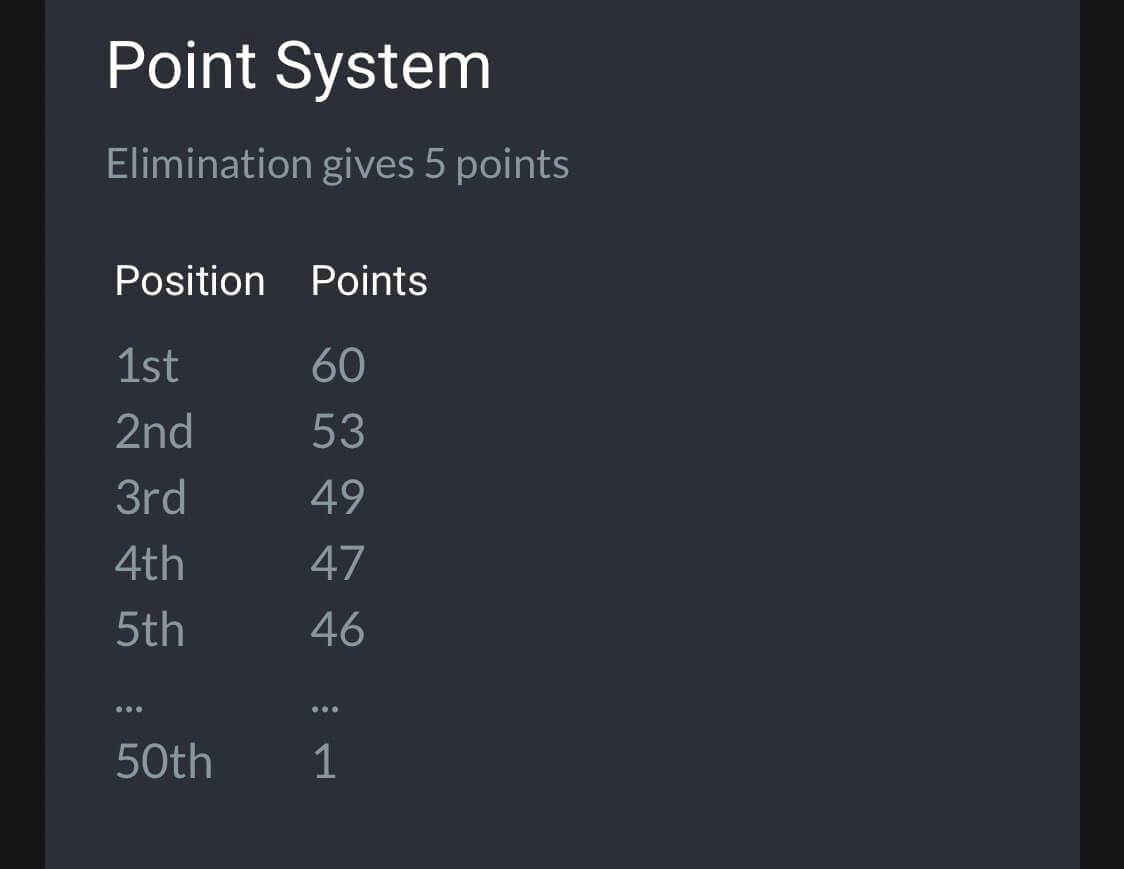 Winning a match under Dreamhack’s format is equivalent to 12 elimination, while a regular Epic Games cash cup stands at a 10:1 ratio. To the naked eye, this doesn’t seem too off. You only begin to notice the difference when we add up all potential placement and elimination points that a lobby creates

As you can clearly see, eliminations are weighed significantly higher under Epic’s draconic system. The result: less stacked endgames. I have a sneaking suspicion that implementing a system similar to Dreamhack for future solo tournaments will create stacked endgames – even in low tier cash cups

Right now, we are playing in a competitive atmosphere that rewards w keying and head hunting. This has allowed the controller meta to thrive, in combination with the lack of mobility. Now that season two is reintroducing mobility, we may as well implement a competitive scoring system that compliments the meta

Don’t take my word on this. Dreamhack’s scoring system is widely viewed as superior among the pro community

hoping they keep the point system at dreamhack for all future lans/events, its perfect

Players are accurately rewarded and viewers get to enjoy the stacked solo endgames that we can only faintly reminisce on. Epic, please take a hint here and continue building the Esports scene alongside the competitive community

NICKMERCS reveals the one thing he misses most about old Fortnite

Fortnite Spy Base Locations: Where To Find And Open Faction Chests

How to Get Midas’ Drum Gun in Fortnite Season 2