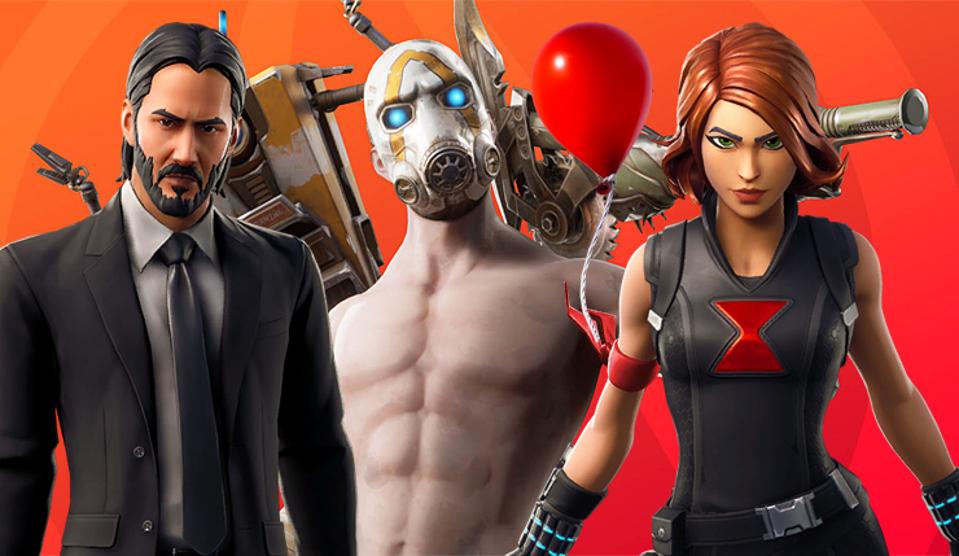 Fortnite seems like it’s on the verge of kicking off yet another sponsorship deal, this time for IT: Chapter Two, marking these kinds of deals making less and less sense as time goes on. For Marvel, it was understandable given the reach of that brand. For John Wick, Fortnite has history with that character and at least it’s a movie about shooting people. But…IT: Chapter Two? There are currently balloons attached to sewers all around the Fortnite map, and by the end of the day, who knows, we might have Pennywise and Jessica Chastain skins in the store to buy.

These deals have amplified in scale and frequency as time has gone on, and we are reaching a point where Fortnite is quickly starting to turn into Super Smash Bros, mashing up together random bits of pop culture to shoot and hack at each other in the island arena, complete with themed zones.

At first, these crossovers did not include permanent skins. The first Marvel deal had a temporary Thanos mode, but no superhero skins in the store. But that has since changed. Presumably through some sort of revenue split model, pretty much every time a new sponsorship deal comes along (which at this rate is once every couple weeks), there are themed skins in the store.

We have now entered an era where there’s a video game where you can have:

All taking shots at each other on a battle royale map. In true Smash Bros. form, we even have themed arenas where this can happen. John Wick had his house and hotel on the map for a time. Right now, an entire portion of the map has been turned into Pandora from Borderlands, complete with cel-shading effect in what is definitely the most elaborate deal Fortnite has done yet.

Fortnite is an extremely unique ad platform in that it is essentially proving itself to be a blank slate for these kinds of crossovers. The weirdest so far has been a collaboration with the clothing/shoe brand Jumpman, which resulted in some odd looking skins and a very bad LTM. But the rest of these? The community has mostly appreciated, even if one after the other has tended to get a bit exhausting. 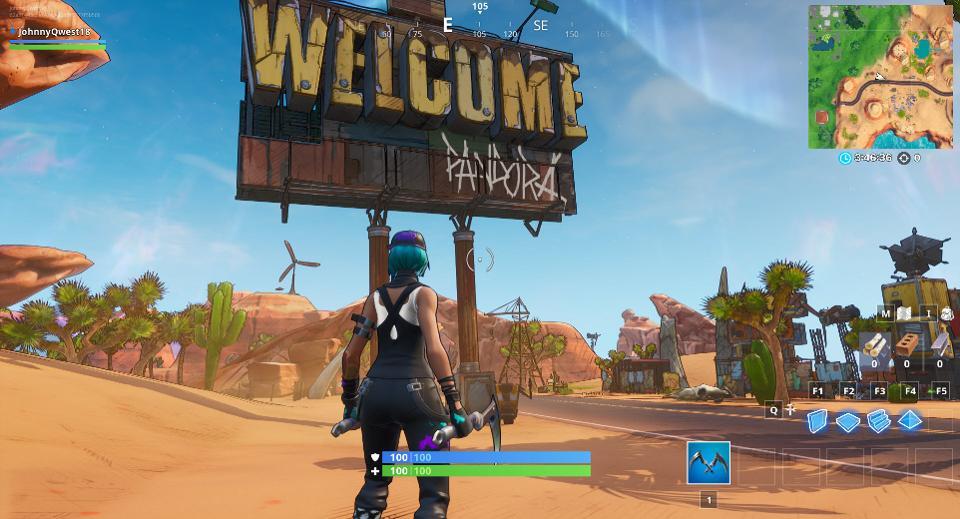 But I have no doubt that come this holiday season we’re going to see a Star Wars crossover with Rey and Kylo Ren skins and lightsaber mining tools. But at this point, that one almost seems obvious. At this rate we should be waiting for some truly bizarre stuff like Call of Duty’s Captain Price showing up as a skin or part of the map transformed into a Destiny: Shadowkeep Hive fortress or something. Sounds crazy? Sure, but if you told me a month ago we would literally have a chunk of Pandora on the Borderlands map, I wouldn’t have believed you.

Fortnite has a massively captive audience so these kinds of deals attract eyeballs and purchases unlike nearly anything else in the industry. This is far, far more elaborate than buying a virtual billboard in a video game, as Epic is working elaborately with these other brands for these crossovers. We are kind of moving into the realm of nonsensical with the likes of IT, but it shows just how much Epic is willing to stretch to make these kinds of deals work (though I’m sure there are plenty they’ve turned down).

I wonder where the game will be a year from now when we end up having Batman, Master Chief, Mario and the Marvelous Mrs. Maisel all shooting each other on the map.

[Scheduled maintenance] PUBG down and not working on Xbox, PS4, or PC? Here's PUBG server status and other info

Dwayne ‘The Rock’ Johnson Might Be Cooking His Own Fortnite Skin

The Fortnite Celebration Cup – Only on PS4 – PlayStation.Blog

How to create a mobile Shield Bubble in Solo Fortnite